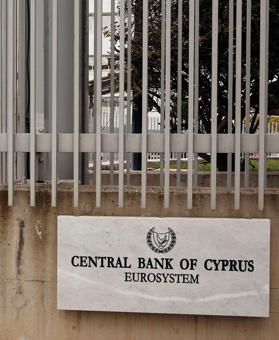 Taxing all Cypriot savers was seen by the country’s Finance Minister to be preferable to having a heavier tax just on those with over €100,000, Edward Scicluna said. Photo: Reuters

The suggestion of a tax imposed on all savings in Cypriot banks came from their own Finance Minister who argued it was preferable to having a heavier tax levied only on those with €100,000 or more, Finance Minister Edward Scicluna told Parliament yesterday.

Answering questions by Opposition MPs after a statement by the Prime Minister on his participation in the recent European Council of Ministers meeting in Brussels, Prof Scicluna said the Opposition had accused the Government of not standing up to this proposal.

However, when it was in the same position some months back, it did not take such a stand against austerity measures imposed on Greece, Portugal and Ireland, where people had pay and pension cuts.

It was ridiculous to expect the Government to act after the troika and Cyprus reached an agreement following extensive discussions.

Prof. Scicluna explained that it was up to the troika to evaluate the country in question and how much it could afford to borrow before the situation became unsustainable.

In Cyprus’ case this was found to be €10 billion, although the problem had since worsened. He also pointed out that decisions in Eurogroup meetings were reached by consensus.

Opposition leader Lawrence Gonzi pointed out that the Opposition’s question, rather, was about how all ministers agreed on a condition that went against an EU directive intended to protect all savings below €100,000.

Minister Scicluna said a final agreement had been reached to protect all those having less than €100,000, but no government would have considered withdrawing from an agreement that was important to guarantee economic stability in their country.

Prime Minister Joseph Muscat said he wanted to underline that when it came to the National Reform Programme, as in the past, the Council recommendations remained precisely that. It was advisable to follow them, despite efforts for the conclusions to become contractually binding.

He pointed out that otherwise one would be crossing that subtle line of national sovereignty, as some issues should remain government responsibility.

A PN government had at one time expressed its reservations about a recommendation which tampered with the retirement age, and a Labour governemnt would not mind doing the same thing, if one of the recommendations was not in line with the country’s policies.

Dr Muscat agreed the House committee for economic and financial affairs had an important role in discussing such matters, as well as holding discussions with the country’s financial institutions.

The Labour government was still against any form of impingement on Malta’s fiscal sovereignty and against the Common Consolidated Corporate Tax Base.

Such matters were to be decided in Parliament and MPs had no mandate to delegate this to any European institution, he said.

It had no issues with the electricity interconnector or gas pipeline and he agreed with the EU’s policy direction, which ran parallel to the expressions of interest the Government had called for.

He had reservations about the €60 million that had been approved, as quite some work remained to be done, but hoped to get more. This was uncertain, but there would be clearer indications at a summit on energy at the end of the month.

PM accuses Busuttil of being ‘alarmist’

Prime Minister Joseph Muscat yesterday described questions raised in Parliament by PN deputy leader Simon Busuttil as “alarmist” and going “beyond the limit”as they created doubts about the banking sector.

“I understand that one has to criticise, and perhaps at times be somewhat harsh, but Dr Busuttil overstepped the mark, casting doubts on the banking system and bank deposits,” Dr Muscat said.

Referring to Cyprus case, Dr Busuttil had argued that the eurozone ministers’ decision had undermined people’s trust in the banking system and asked what steps the Government was taking to ensure that such trust was strengthened in Malta.

Dr Busuttil’s questions, the Prime Minister said, had jarred with the points raised by other Opposition MPs and Opposition leader Lawrence Gonzi, who had asked the questions he needed to ask without being alarmist.

He said he was sure the Opposition did not really think this way, adding that perhaps he had misunderstood Dr Busuttil. Furthermore, as Dr Gonzi said, European studies had shown there was no cause for alarm; in truth the banking sector was robust and strong.

Dr Muscat urged the media not to be alarmist in their reporting.