When Tony Briffa was seven years old doctors in Australia made a choice that was never theirs to make – castration.

Tony was born with healthy testes, as well as a vagina, and doctors decided it made more sense for Tony to live life as a woman – called Antoinette.

But Tony – who was born intersex – never felt comfortable being a woman, or a man for that matter.

“Nature – many would say God – made me a healthy hermaphrodite... I tried my best to be a woman but I couldn’t keep up the lie forever. Something was going to give.

It is because of this personal bitter experience that Tony, born to Maltese immigrants in Australia, is glad that the Maltese government is doing something about this through the Gender Identity Bill, currently being debated in Parliament.

The draft Bill proposes prohibiting doctors from carrying out surgery on intersex children unless it is a medical emergency.

It also allows parents to wait until an intersex child turns 14 to officially register the gender as male or female. 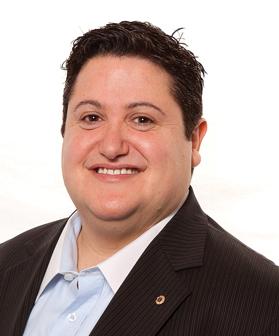 Tony agrees that the law should not allow doctors to change the physical sex of a child, unless it is medically essential. “Sadly, castrations and physical sex changes are exactly what happen to children all over the world – it happened to me. As a Maltese person I am very proud Malta is the first country to stand up and put a stop to it,” says Tony who was born with Partial Androgen Insensitivity Syndrome.

“I was born with the same chromosomal pattern and testes like typical boys but because my body doesn’t fully respond to testosterone I was also born with a vagina.

“Doctors decided I should be raised as a girl because my genitals appeared more female than male, but incredibly they also chose to castrate me even though there was no medical need to remove my healthy testes and they didn’t know what I would want when I was older,” Tony adds.

Tony spent many years on female hormone treatment but never identified with the imposed gender.

Doctors decided I should be raised as a girl because my genitals appeared more female than male, but incredibly they also chose to castrate me even though there was no medical need

“I struggled being the girl and woman doctors wanted me to be. How could I deny the real me and keep up the charade? How would I have relationships? I was lonely, confused and profoundly sad.

“Although I threw myself into my career, community work and music, my personal life suffered enormously. It affected my relationship with my parents and siblings and I avoided intimate relationships.

At the age of 30 Tony renounced this imposition and lived as a man for some time. But this too felt wrong.

Tony then understood that happiness lay in being true to nature – and embracing both genders.

Armed with this new confidence Tony became the first openly intersex mayor in the Western World – serving as deputy mayor of the City of Hobsons Bay, Victoria, between 2009 and 2011, and mayor between 2011 and 2012.

Tony believes the Gender Identity Bill is important because it will stop doctors from imposing genders.

It will also ensure people could have their gender recognised without having to lie and be ashamed.

Tony has had a female and a male birth certificate and now has a blank one. Legal issues presented by Tony’s non-specific birth certificate meant marriage was not possible in Australia where the law only allows a union between a man and a woman. In September 2013, Tony married Manja Sommeling in New Zealand.

Documents, Tony believes, should not refer to a person’s gender “because it’s irrelevant”. But, if gender markers are to stay, then there should be ‘M’ or ‘F’ for those who feel male or female.

There should, however, also be additional categories such as ‘M and F’ for adult intersex people that want their sex to be recognised for what nature made them, and ‘X’ for people who feel outside of the male and female categories.

“Personally, I would not want ‘X’ on my documentation,” Tony says.