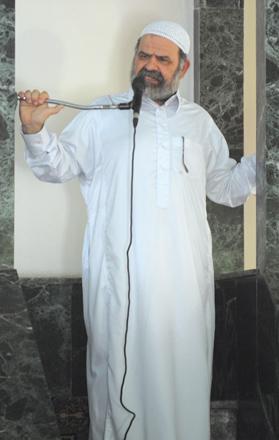 Barbaric acts of terrorism such as James Foley’s beheading coupled with a lack of education on the true meaning of Islam are fuelling a sense of Islamophobia, according to a number of Muslims living in Malta.

However, most Muslims living in Malta admitted they have not personally experienced any pejorative remarks or attitudes from Maltese people.

Imam Mohammed Elsadi, the Muslim spiritual leader in Malta, said an element of Islamophobia could be detected in the comments posted below online articles, mostly penned by uneducated people.

However, he had not received any reports in the past few weeks from Muslims complaining of being on the receiving end of negative behaviour from Maltese people. The Maltese, he said, were a tolerant and peaceful people.

“Islam shouldn’t be judged through the negative practices of terrorists but according to the teachings of the Holy Koran and the tradition of the prophet Mohammad.”

Islamic State (Isis) extremists, he added, were causing extreme harm to the reputation of Islam and Muslims. Muslims wholly condemned such barbaric acts and did not consider groups such as Isisto be Muslim.

His comments are echoed by Ahmed Ashraf, the president of the Arab-Maltese community, who has been living in Malta for the past 23 years.

“I get along really well with the Maltese and I feel very much part of the community – I’ve never had any derogatory comments directed at me.

“But in cafeterias, you do hear such remarks from people talking among themselves.”

Ultimately, you sow what you reap so if left untreated, the seed of hatred will fester, he explained.

“We need more outreach programmes – we need to visit schools and make the community understand that we heartily condemn such fundamentalist groups. Islam is about love, respect and forgiveness.”

There is also a very small group of Arabs in Malta who do not like their children mixing with Christians, he added.

“It’s only a handful but we want to target them. Or else the child will grow up solely surrounded by Arabs.”

Laiq Ahmed Atif, president of the Ahmadiyya Muslim Jamaat, called on all non-Muslims to judge Islam only after studying its teachings in depth and after observing the character of Muslims who adhere to its original teachings.

There was no doubt, he continued, that the acts of terrorism or extremism perpetrated by “some so-called Muslims” had nothing whatsoever to do with the true teachings of Islam.

The very meaning of Islam was peace, security and giving a guarantee of protection against all forms of harm and evil.

To attribute any such killing such as that of US journalist James Foley to religion and, particularly, to Islam was “absolutely mistaken”, he added.

“It is true that this unlawful killing was committed in a Muslim country – however, religion is not behind this death. Islam has nothing to do with the killing of an innocent person and this must be understood very carefully.

“I think that any such act should not fuel perceptions of hatred towards an entire Muslim community because the majority of Muslims are against those acts. Peaceful Muslims are also suffering through such atrocities.

“The majority of Muslims are not culprits but are victims of terrorism and extremism perpetrated by some so-called Muslims. I think our non-Muslim friends should also keep this point in their mind and that will lead to tolerance and harmony towards the majority of Muslims.”

A resident in Malta for the past seven years, Mr Atif believes that the Maltese people are tolerant and well-educated.

He called on people to research Islam to uncover the truth before forming any opinion.