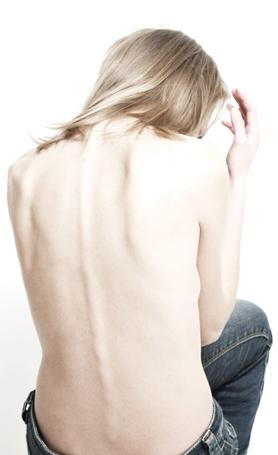 Oxytocin, a brain chemical known as the ‘love hormone’, is showing promise as a potential treatment for people with the eating disorder anorexia nervosa, according to research by British and Korean scientists.

In studies of anorexic patients, researchers found oxytocin altered their tendencies to become fixated on images of fattening foods and large body shapes – suggesting it could be developed as a treatment to help them overcome unhealthy obsessions with diet.

Anorexia nervosa affects millions of people worldwide – including around one in 150 teenage girls in Britain, where it is one of the leading causes of mental health-related deaths, both due to physical complications and suicide. While it mostly affects girls and women, the condition can also affect males.

As well as problems with food, eating and body shape, patients with anorexia often have social difficulties, including anxiety and hypersensitivity to negative emotions.

“Patients with anorexia have a range of social difficulties which often start in their early teenage years, before the onset of the illness,” said Janet Treasure, a professor at King’s College London’s Institute of Psychiatry, who worked on two studies on the hormone published in science journals.

“By using oxytocin as a potential treatment for anorexia, we are focusing on some of these underlying problems,” she said.

Oxytocin is a hormone released naturally in human bonding, including during sex, childbirth and breastfeeding. As a synthesised product, it has been tested as a treatment for various psychiatric disorders. Some studies have shown it has benefits in lowering social anxiety in people with autism.

In the first of two studies, Treasure’s team analysed 31 patients with anorexia and 33 healthy controls who were given either oxytocin or a placebo. Participants were asked before and after taking the drug or placebo to look at images relating to weight, high and low-calorie foods, and fat and thin body shapes.

As images flashed up, the researchers measured how quickly participants identified them. If they had a tendency to focus on the negative images, they would identify them more rapidly.

The results, published in the Psychoneuroendocrinology journal, showed that after taking oxytocin, anorexic patients reduced their focus on images of food and fat bodies.

In a second study, published in Public Library of Science journal Plos One, the researchers used the same participants, the same drug and placebo, but tested reactions to facial expressions such as anger, disgust or happiness. After taking a dose of oxytocin, patients with anorexia were less likely to focus on the ‘disgust’ faces.

He said the result “hints at the advent of a novel, ground-breaking treatment option for patients with anorexia”.

Treasure stressed the research was at an early stage, however, and although it was “hugely exciting to see the potential this treatment could have”, much larger trials would need to be carried out on more diverse participants before oxytocin could considered for an approved treatment.