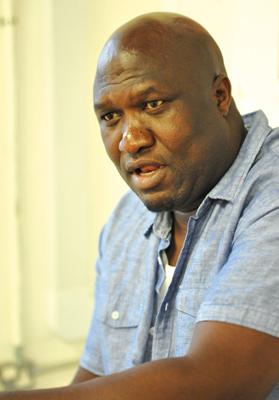 The Maltese reaction to the migration issue is not racist but one of culture shock, according to a former Nigerian footballer who has been living in Malta for the past 15 years.

“The Maltese are going through a cultural shock. Malta has no black culture or black history and people tend to despise what they don’t understand.

“So while there are a few with extreme views on anything alien, in general I don’t think the race war has begun in Malta,” Damian Iriele, 35, told Times of Malta.

His comments came after the US State Department warned American citizens travelling to Malta to be careful while in Paceville, particularly due to “racially motivated” violence.

Although Mr Iriele admits the warning should not be ignored, he feels the situation was a bit exaggerated: “You have to understand the mindset of the Maltese and the present migration situation, which has given rise to xenophobic sentiments and stereotypical perceptions.”

Mr Iriele, who has a Masters in Diplomatic Studies, moved to Malta some 15 years ago as a professional footballer.

He has been stopped a couple of times from entering bars in Paceville and if conversation does not work, he goes to another pub, he said.

But Mr Iriele attributed this to ill-training of bouncers who base their judgement on what patrons look like rather than their behaviour.

“Some of the actions of bar or club owners and bouncers leave much to be desired.

“They would let me in a bar because I’m a familiar face, however they would stop a black person who’s accompanying me because he’s unfamiliar, but they would not stop an unfamiliar white person so easily.”

He noted there were probably more illegal migrants who were not black, but no one suggested protesting against illegal migration until the “obvious” arrival of black migrants.

“People’s anger is being unleashed on African migrants because they are the most obvious.”

Mr Iriele insists better understanding of the circumstances that led Africans to seek refuge could help the Maltese shift their anger from black migrants to the EU, and seek help from the European states. Instead of demonstrating against African migrants we should petition the EU and ask for help, he added.

“When your house is on fire do you stay in it? You run out. Don’t crucify black migrants. If your life was good back home, why would you run away from it?”

Many Eritreans and Somalis, he said, left their family for better opportunities in North Africa, but when the political situation there “imploded and exploded” they could not return to their countries. They took the only alternative exit route.

“It now depends on awareness. I don’t believe it is yet a colour thing. It’s not yet a race thing. It’s cultural shock. But if it keeps being directed at colour there would be no other way to explain it than as racist.”

If this anger is not kept in check, the situation could become dangerous. “Malta is a small place, and it is easy to find a person and target him because of the colour of his skin,” he said.

“When people see me walking down the street they see me as a ‘klandestin’, without even thinking of the possibility that I arrived here with my Nigerian passport and legally obtained dual citizenship.

“They’ve even asked me how come I speak English so well... are they aware Nigeria too is in the Commonwealth?”