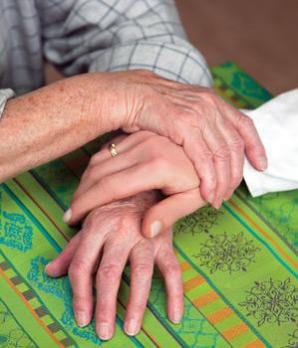 Carers too need to be cared for.

An elderly father who has cared for his mentally disabled daughter for the past six years made a heartfelt appeal to the Government to prioritise the mental health law, which has not been changed since 1976.

The man’s pain was etched on his face as he recounted, in a broken voice, the pains and difficulties encountered by carers.

There was not a dry eye in the hall as he got visibly emotional during an Informal Carers conference, organised by SOS Malta, to create awareness about the need for a support network for carers.

“A new mental health law is crucial; we cannot keep on shelving it. When you see your loved ones in pain, you are in pain too,” pleaded the father, preferring to stay anonymous to protect his daughter’s identity.

A new law would provide for a ‘buddy system’ allowing the patient to choose a mentor outside of their family for company.

“This would give us carers a bit of respite, so we can recharge,” the father said.

In a survey of 113 behind-the-scenes carers carried out by SOS Malta, 42.4 per cent said their biggest challenge was excessive stress, followed by 40.7 per cent citing lack of time for themselves.

Some 57 per cent said they would be grateful for non-medical support such as food preparation by trained professionals in the homes of disabled or sick people.

The biggest difficulty in care-giving is the stress and difficulty of juggling employment as well and 92.7 per cent of respondents have never been offered an assessment of their needs.

The number of young carers in Malta is also growing. Nora Macelii, of St Jeanne Antide Foundation, said her NGO helps carers as young as seven or eight.

“We have a case where the mother has tried to commit suicide three times, and the daughter at 10 years of age had to take the role of the mother and take care of the family,” she said.

No research has been carried out about these ‘ghost carers’.

“It’s important that we are aware there are many of them. They are not to be pitied, but we need to be aware of their existence, their strength and their resilience,” said Ms Macelii.

Although 79.6 per cent of the informal carers in Malta care for a relative, SOS CEO Claudia Taylor East stressed that care-giving should not be assumed to be a natural part of family life.

“All stakeholders play an important role in supporting informal carers and that includes State, family, private sector, community,” she said.

Ms Taylor East said that services in Malta predominantly focused on the person being cared for, rather than the carer, and there was not even a formal register of carers in Malta.

Apart from the physical exertion involved– such as lifting up and down stairs; in and out of bed, bath or wheelchair; cooking; feeding; dealing with incontinence and extra washing – there are also psychological difficulties.