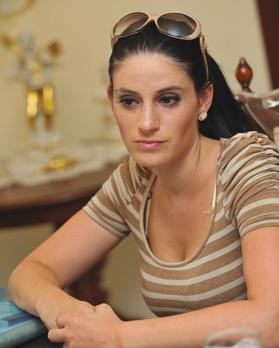 A group of amputees, who have to regularly attend the “dungeon-like” prosthetics unit, feel the Government should urgently draw up a concrete action plan to improve the service.

“Rehabilitation must be a priority… our voices are not being heard and we are tired of hearing empty promises.

“We want action. We want a factual plan detailing how the rehabilitation services will be improved,” said Amy Camilleri Zahra from support group Amputees 4 Amputees.

In the meantime, the group thinks the orthotics and prosthetics unit (OPU) should be moved to a more adequate place even if temporarily.

There are between 6,000 and 7,000 amputees in Malta. After their life-altering operations they have to attend the prosthetics unit for the rest of their life.

The unit, completely separate from the Karin Grech rehabilitation wards, is also located within the St Luke’s Hospital grounds. It is in a basement, at the bottom of a steep, uneven road across from the mortuary.

“The place needs to change. The message being sent to people who lost a limb is that they are no longer part of society. It’s like telling them: you had an amputation and now you have been amputated from society,” said Ms Camilleri Zahra, who had both legs and her fingertips amputated after she contracted the deadly blood disease meningococcal septicaemia about seven years ago.

Joseph Gafà, 57, lost his left leg due to lack of blood circulation brought about by excessive smoking.

A year ago he felt his leg go cold and soon after it had to be amputated.

Initially, he refused rehabilitation but one day he saw a man with both legs amputated doing therapy.

That, coupled with support from friends, relatives and A4A, gave him the courage to try.

During the time he spent using a wheelchair he realised the lack of facilities for the disabled.

Today he has a prosthetic leg, still works as a technician and does everything he did before.

Mariella Mizzi, 45, lost her left leg when she was 38 as a result of a traffic accident.

“On the day of the accident I had 20 guests invited for my brother’s surprise party. I went to buy fruit from the van round the corner and was hit by a car,” she recalled.

She found it difficult to accept what happened but A4A members were supportive who proved an amputee could walk again.

Ms Mizzi, who works in healthcare, hates the prosthetics unit’s lack of privacy. She knows many people, due to her job, and does not like the fact they can overhear her conversation with her doctor as the units are only divided by a curtain.

“It has to change… this is not charity but a right,” she insisted.

Kristy Seychell, 29, was 13 when she contracted meningitis that led to partial amputations in both her feet and her fingertips.

As a young woman going through puberty she felt rejected and ended up becoming bulimic.

“I accepted what happened to me but the society around me destroyed me,” she said.

Today she works, has a boyfriend and sings in musicals. Through A4A she also helps educate the public and spread awareness.