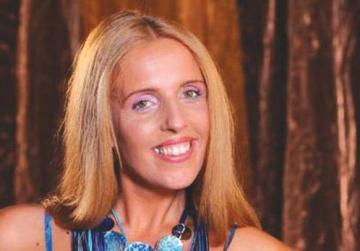 Desperate shouts and then silence was what the 19-year-old daughter of Hungarian murder victim Yvette Gajda heard before finding her mother in a pool of blood last November.

The 38-year-old mother of five was lying face down on a pillow in the middle of the corridor of an apartment she shared with her former partner, Laszlo Nandor Marton.

She had been stabbed more than 60 times with a large pair of scissors – on her head, neck, shoulders and upper back.

Mr Marton, 57, was nearly unconscious, hugging her blood-soaked body and suffering from some nine stab wounds to the left of his chest after he allegedly tried to commit suicide with the murder weapon.

The victim’s daughter, Tamara Barkoczi, told the police that she heard her mother shouting in Hungarian, “Don’t do this to me, I have five children!” before silence fell.

She entered the apartment and found her mother dead.

She raced to a neighbour’s flat who then accompanied her back to the apartment before calling the police.

Ms Barkoczi said that on the night before the murder, she went to live with a neighbour, Ahmad Alalkal, with her mother and five-year-old step-sister, who was the couple’s daughter. He lived in the flat opposite theirs in number four.

The family had been told to leave the apartment because they had failed to pay the rent and Mr Alalkal had agreed to house them.

Her mother’s friend and work colleague at a hotel, Annabel Tombor Maria, was also there.

Mr Marton was intensely jealous of Mr Alalkal and was convinced that his partner was having an affair with him, Ms Barkoczi told the police.

She denied there was an amorous relationship and said her mother’s relations with the accused had been on the rocks for some time.

The two would argue often, she said.

The police spoke to Mr Marton twice and he admitted having a heated argument with the victim during which, he claimed, she grabbed a pair of scissors.

He added that before the argument began, he went to Mr Alalkal’s flat to speak to her and found her in his bed.

He insisted that she speak to him in private in their flat and she agreed.

Right before the argument heated up she admitted to him that she had been having an affair with Mr Alalkal, he claimed.

They had lived together for 10 years and in Malta for another seven months, and the day before the murder they had discussed moving to England.

At the end of his statement to the police, Mr Marton said it was unfortunate that he had not died too because he had no reason to live.

Police Sergeant Patrick Cassar told the court he was the first officer on the scene and found Ms Barkoczi outside the apartment block looking very agitated together with her neighbour Arnold Dehamer, who had helped her call the police.

When he walked in the apartment he found the accused lying down hugging the victim. He was soaked in the blood.

He put gloves on to check their vital signs and said the victim’s legs appeared to have gone into rigor mortis. The accused moved his hand and was breathing so he phoned an ambulance.

He received instructions from Inspector Arnaud to take photos of what he saw to preserve the scene of the crime before the ambulance crews moved the accused.