A total 1,030 superyachts around the world now sport the Maltese flag, as the country registered a record 51% increase in registrations, Transport Minister Aaron Farrugia announced on Wednesday.

"We are also working on the first national policy for yachting in Malta and it will be launched in the coming months," Farrugia said during the opening of a two-day superyacht symposium organised by the Malta Chamber of Commerce and the Malta Maritime Law Association.

"85 days ago, when I had just taken over the transport portfolio, I met with the Chamber of Commerce and they told me they were going to organise the first superyacht symposium in July. Back then I promised them we will start working on a national policy for the sector. I keep my promises, and today, on this government's 100th day in office, I am ready to announce that we are nearly there."

The symposium is being held at the Phoenicia Hotel and is bringing together maritime stakeholders to discuss how Malta can use its sea, ports, marinas, maintenance facilities and workforce to attract superyacht owners and grow maritime investment. 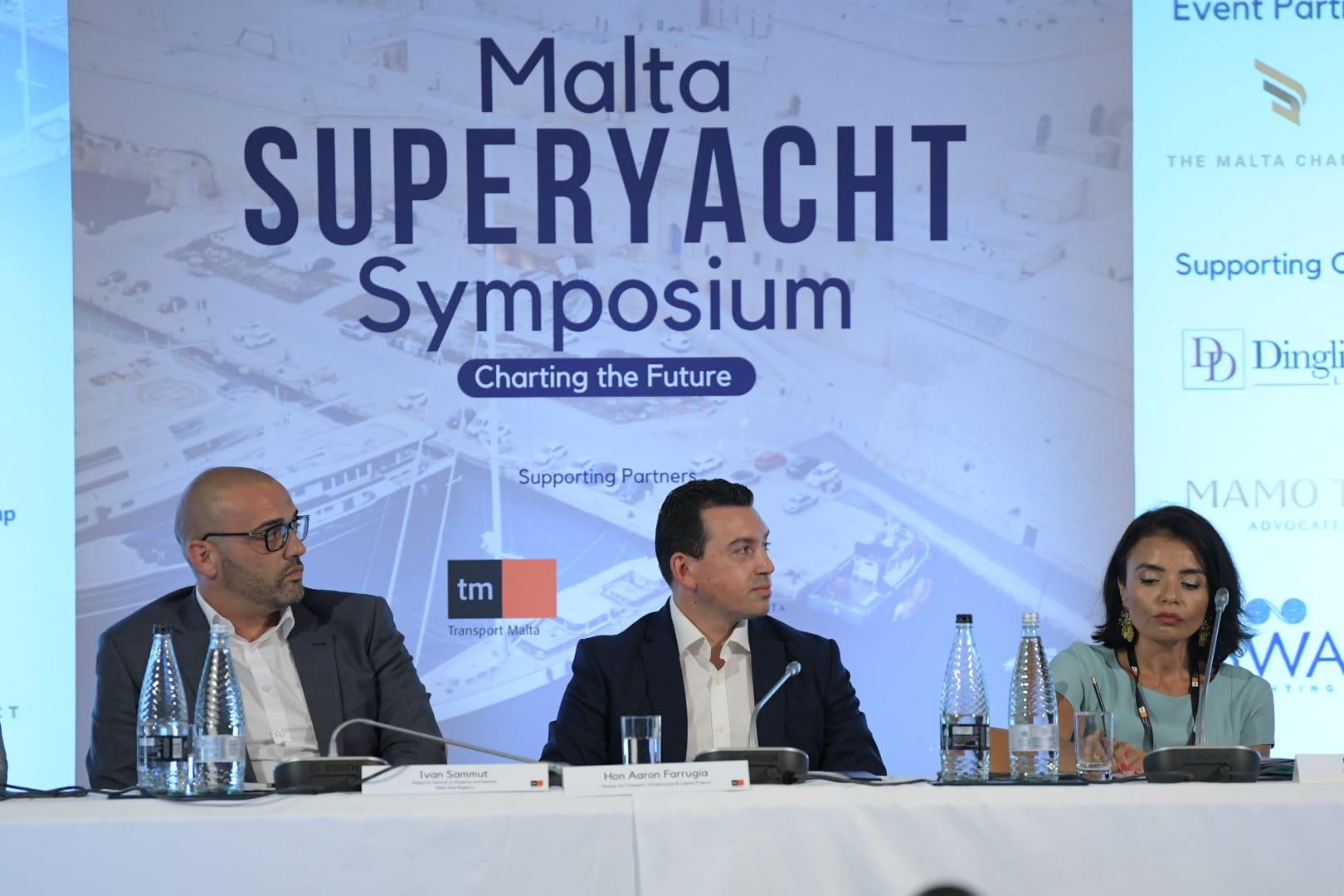 The two-day symposium is being held at the Phoenicia Hotel and is bringing together maritime stakeholders to discuss how Malta can use its sea, ports, marinas, maintenance facilities and workforce to attract superyacht owners and grow maritime investment. Photo: Matthew Mirabelli.

A leisure sea vessel is considered a superyacht when it is longer than 24 metres. Over the past years, Malta has become an increasingly attractive jurisdiction for such seacraft, and in 2020 it became the largest superyacht register in the world.

“This is record growth never registered before and that gives us strength to work harder to continue to make this industry a strong economic niche for our country. This will help us diversify and exploit our sea and geographical position in the middle of the Mediterranean,” Farrugia said.

The country's vision, he said, is to develop the island as a leading yachting hub in the Mediterranean bringing Europe and Africa together while remaining open to other continents.

PN MP Ivan Castillo echoed Farrugia's enthusiasm for the industry and told stakeholders that the Opposition is all in favour of removing the potholes from the processes and paving a straightforward way that will grow the industry and provide quality jobs.

Farrugia said that Malta’s ship register has grown not only in numbers but also in repute with the country increasingly adding high-class yachts to its fleet.