A few feet away stood the businessman who they claim charged them thousands of euros for the chance to live and work in Malta.

But, while Fadyaa and her Tunisian family sit under arrest, he dishes out cigarettes to police officers and jokes about the weather, offering them coffee from his new café in Valletta.

He [the businessman], Fadyaa says, is free, but her family is not.

The Immigration Appeals Board is a small nondescript government office which this week unearthed what could be a potentially wide-ranging corruption racket.

The three-person tribunal hears last ditch appeals from those facing deportation – those whose luck at trying to continue scratching a living in Malta without the right paperwork has run out.

But on Thursday afternoon the board heard a different story – one about a Tunisian family who scraped together every penny they could to try and put together the hefty sum of €10,000: the price, they were told, of getting an audience with the right people and their hands on the right documents to live and work in Malta.

“We gave nearly everything we had, but we could not get all the money and so no documents, and now we are here,” Fadyaa, 27, told The Sunday Times of Malta.

In the tribunal’s waiting room, a white energy-saver bulb flickers and a plug-in heater blows out a dry, synthetic heat over the laminate parquet flooring. The police officer who escorted Fadyaa’s father and husband from prison keeps close watch between rounds of shooting zombies on his smart phone.

All the while, Fadyaa paces anxiously. She says her father and brother were put in detention and then later in prison when she could not come up with the final €2,000 needed to grease the right palms.

'We were told of this person who could help'

The Sunday Times of Malta was not allowed into the tribunal sitting on Thursday afternoon but the family’s lawyer Leslie Cuschieri said the board heard Fadyaa map out her family’s attempts to regularise their position after they found themselves without the right documents.

They travelled to the island five years ago, legally, fleeing the Arab Spring in Tunisia. 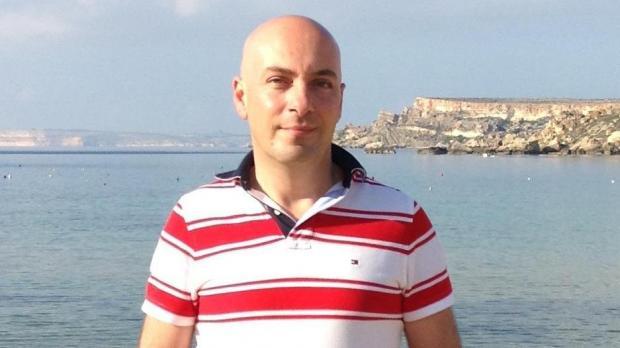 Neville Gafà's name was among those allegedly mentioned by the Palestinian businessman.

“During that time we lost everything in Tunisia, we had no home, nothing,” she said, her stoicism refusing to submit to the well of tears building up at the banks of her dark eyes.

She explained how her family’s position in Malta became irregular when the Libyan-Maltese company that had employed her father and husband closed down following financial difficulties.

“So we reached out to the [Muslim] community and we were told about this person who could help us. We were told he had helped others,” she said.

The man was Mustafa Abusaada, a Palestinian who lives in Malta.

Before the tribunal hearing he insisted he was a “Samaritan”, a benevolent member of the Muslim community who only intended to help her and her family.

But behind the tribunal’s closed doors, this newspaper is informed that he eventually conceded to having charged hefty sums to get the Tunisian family the necessary documents to stay in Malta. Documents he never delivered.

Fadyaa also told the board how she had become sceptical of whether Mr Abusaada would deliver on his end of the deal several weeks ago and took to recording their conversations.

The recordings, along with several pages of testimony, are now part of a criminal police investigation which could shed light on how Mr Abusaada allegedly claimed to have contacts with members of the immigration police and government officials.

In a statement issued on Sunday afternoon, the police force's media relations unit confirmed that an investigation into the claims was underway.

Dr Cuschieri said he realised the case was serious when he heard the name of one of the men allegedly involved: Neville Gafà.

In 2016 The Sunday Times of Malta had reported how a Libyan whistleblower had written to the government with allegations that Mr Gafà had been charging Libyans thousands of euros for medical visas. The police had investigated the case but never found enough evidence to lead to further action.

Contacted yesterday, Mr Gafà categorically denied any knowledge of Mr Abusaada. He also said he had not been questioned by the police on this case.

READ: Neville Gafà given job at OPM with 'privileged' pay

Sources meanwhile said that Mr Abusaada had been called in for questioning and investigations into whether any public officer had received any money were under way.

But aside from the corrosive effect allegations of bribery can have on State institutions, Fadyaa’s story has taken a toll on her and her family.

“Last week my two-year-old son fell and needed stitches on his face, but I could not take him to hospital, because we would be deported. So with my son in pain, I had to try and find a doctor and pay him to treat my son, while my husband is in prison. This is our reality, and we paid everything we had for it,” she said.

In a statement on Sunday, Mr Gafa denied any direct or indirect involvement.

He said that at no stage of the investigation was he called or investigated by the police.

He said he has aso requested the police to investigate the allegations made in his regard and was reserving his right to take legal action according to law.

*Names have been changed. Fadyaa is a Muslim name meaning courage and sacrifice.