A total of 12,029 new cars were introduced to Malta's roads in 2016, statistics released today show, fuelling the sometimes chaotic situation in the smallest EU state.

The increase is even more outstanding if compared over a seven-year-period. The number of registered cars in the beginning of 2010 was 300,000.

During the last quarter of last year, the stock of licensed vehicles has increased
at an average net rate of 30 vehicles per day. 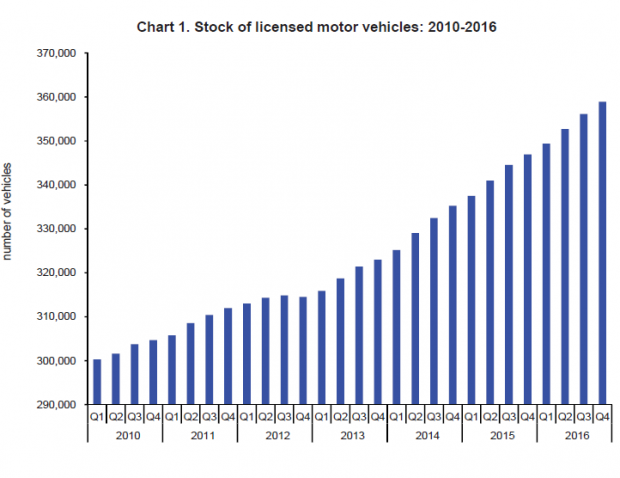 The number of vehicles has shot up by almost 59,000 in seven years.

New licences issued during the period under review amounted to 5,312. The majority of new licences were issued to passenger cars, followed by motorcycles/bicycles with 641. Newly-licensed ‘new’ motor vehicles amounted to
2,267, or 42.7 per cent.