A group of 49 people were arrested in Marsa on Thursday night in an anti-crime operation that involved a considerable number of police officers.

During the raid, the police also arrested four people in connection with drug trafficking after it elevated drugs from two garages in Triq il-Ġerrejja and Triq is-Serkin. They are being held at the police lock-up in Floriana.

The operation is due to continue on Friday morning.

Home Affairs Minister Byron Camilleri said it was an irregular migration raid accompanied by an anti-drug and organised crime operation.

The police, he said, were accompanied by members of the Detention Services and others.

The minister said that a process for the return of the migrants to their country of origin has been embarked upon.

During the operation, Camilleri said, properties were sealed and water and electricity services cut. 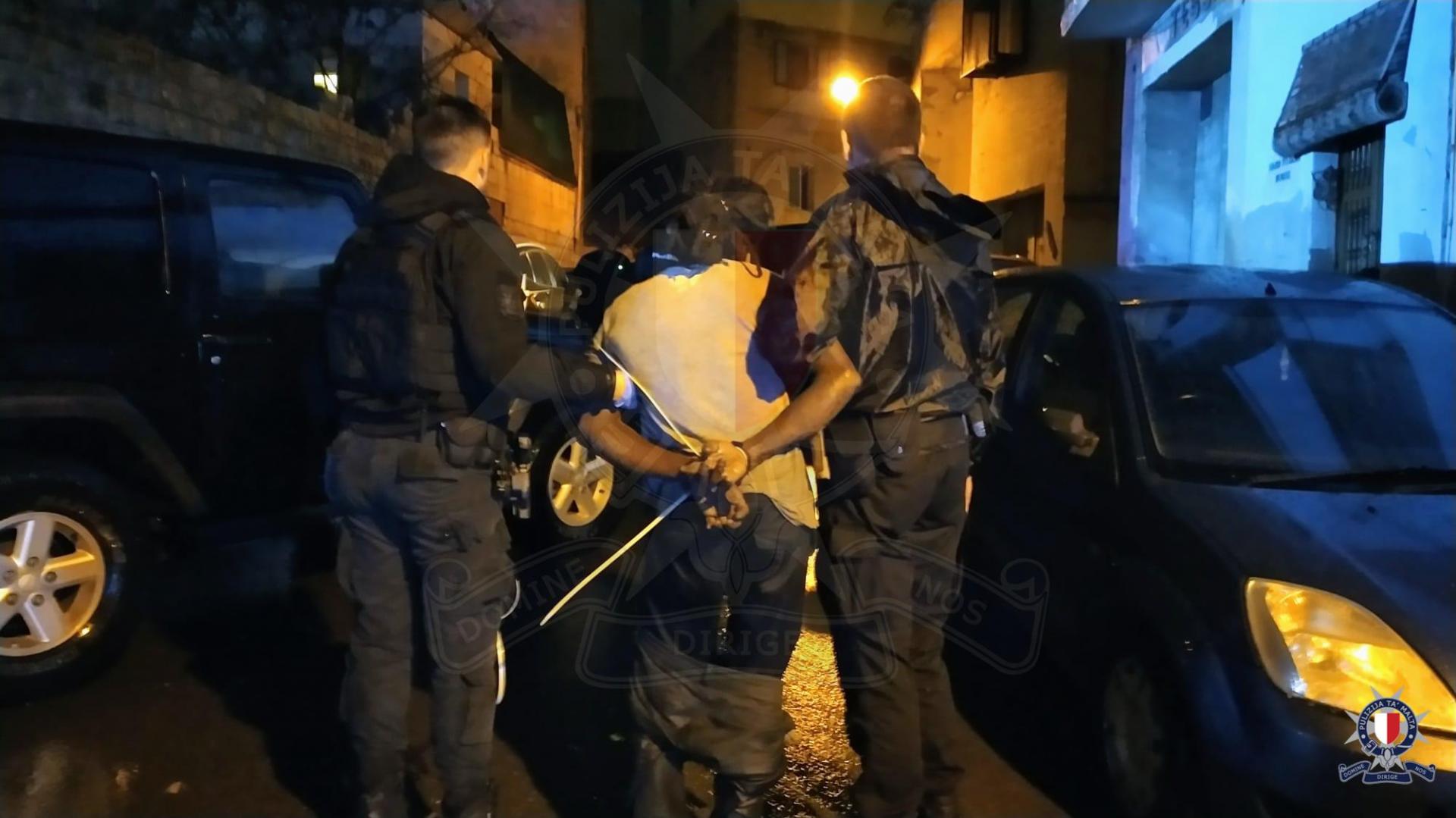 The raids, the minister said, are part of a plan by the authorities to curb irregular migration and deal with people living in Malta illegally, sending a clear message that Malta is not open to people who do not observe the law.

He said the operation will be continued and strengthened with a number of similar operations being undertaken in different areas of the country in a continuous fight against irregular migration and as part of a strategy built on prevention, return and relocation. 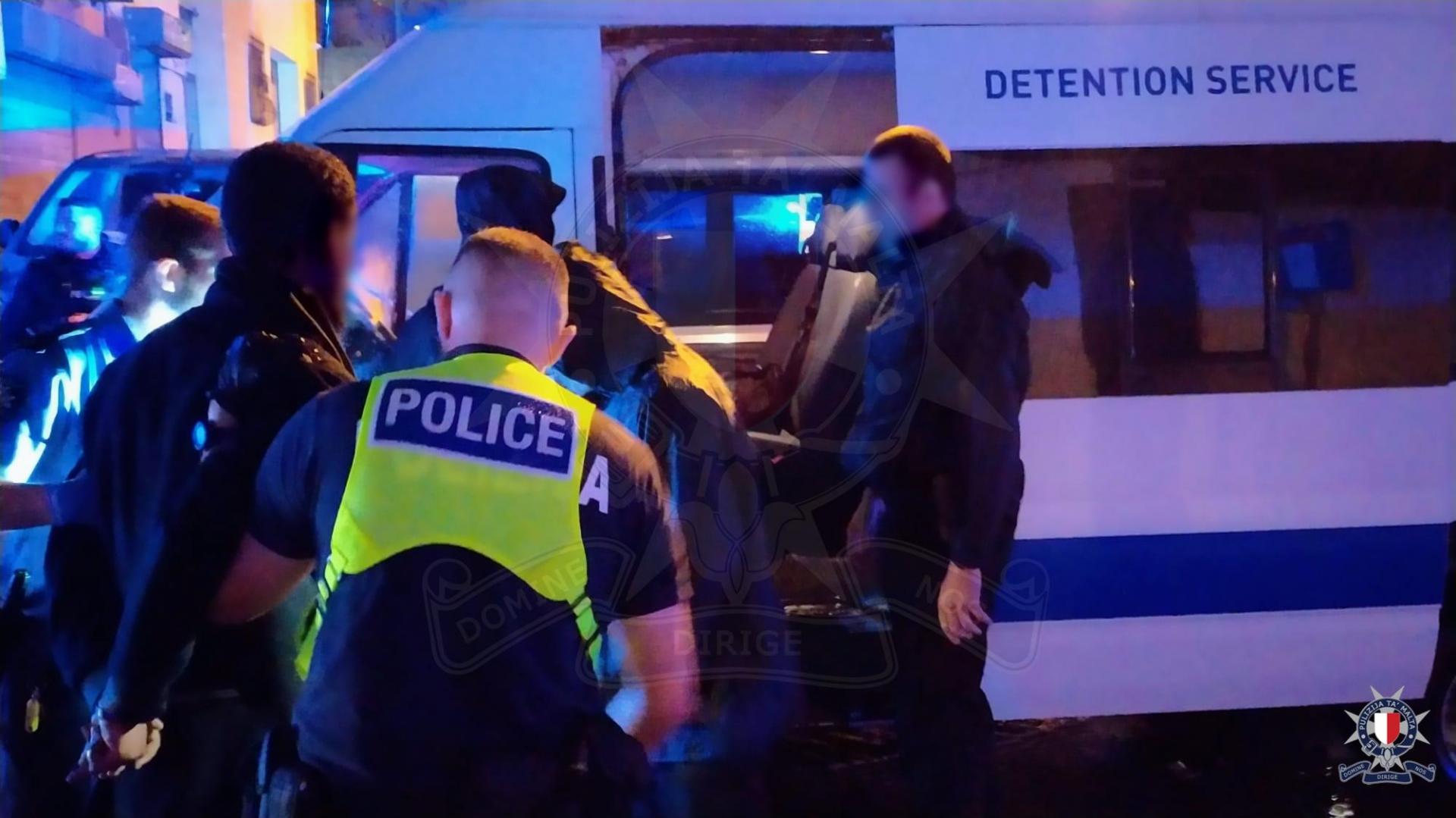 In a statement on Friday morning, the police spokesman said the raid, which started at around 11.30pm on Thursday, was held throughout the night until about 4am on Friday.

According to the minister, it will continue on Friday morning.

The police said that the raid followed days of investigations and observation on the garages, from where drugs were allegedly being sold.

In the raid, the police circled the area and entered the garages. In the first, they found two men - one Maltese and one Nigerian, who tried to escape on seeing the police with one of them jumping from a height of around 1.5 storeys. Both were immediately arrested.

In this garage the police found 230 sachets of cocaine, 145 of heroin and 32 of cannabis, all in small packets ready to be sold. They also found €2,000 in cash.

In the second garage the police arrested another two men, both from Ghana. They found half a kilo of cannabis and a considerable amount of cannabis in sachets ready to be sold. They also found another €2,000.

THe police said that two officers had to be taken to Mater Dei for treatment after a flight of stairs caved in with them. They were released in the morning after their injuries were certified as slight.

The police said that an inquiry is being held.