A sixteen-year-old girl has filed a police report over death threats and insults she received after she called for the immediate resignation of the prime minister at a protest in Valletta on Sunday.

Half an hour after posting her speech on her facebook wall, student and activist Eve Borg Bonello started to receive messages threatening her physically and suggesting sexual violence. 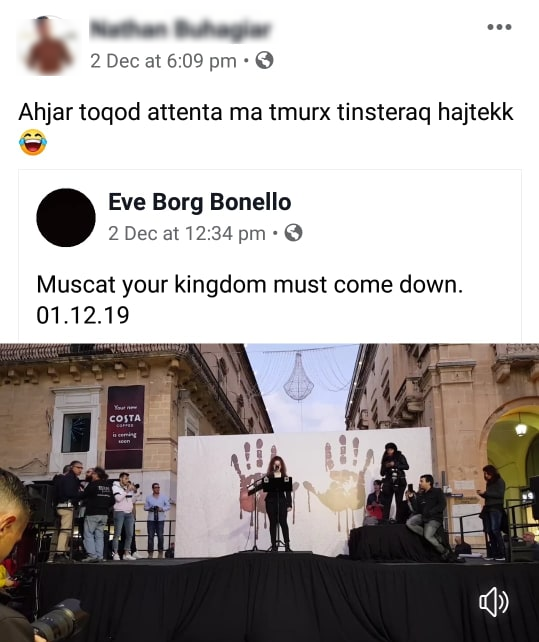 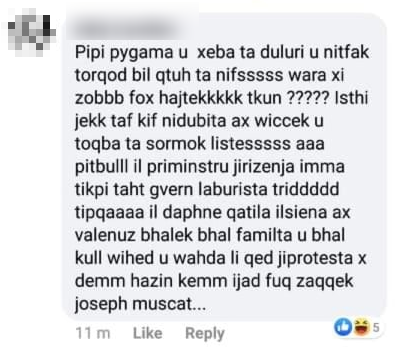 She was also told she would end up like assassinated journalist Daphne Caruana Galizia.

“I panicked of course, and as much as you try ignoring it, some of these comments really hurt me, and my parents were concerned,” she told Times of Malta.

Matters got worse when the young activist and her parents were told by a police officer that it was not worth filing a report and that if she wanted peace of mind she should keep her opinions to herself.

“The policeman was very discouraging. He told me that if I didn’t want to receive threats it would have been better not to voice my opinions the way I did.”

After seeking legal advice from lawyer Paul Borg Olivier she returned to file a formal report with other officers who were on duty.

“These officers were different in their approach and did the right thing by taking the report and acting on it while we were still at the station,” she said.

Ms Borg Bonello said that the case is in the hands of a police inspector and the Cyber Crime Unit for investigation.

“This experience has really opened my eyes about how tribal and partisan politics in Malta is. The only way to change this is education,”  she said.

Furthermore, Ms Borg Bonello said the misogynistic nature of the comments made her realise that she was being targeted because she was young and a girl.

“Most of the comments referenced my looks, calling me ugly and suggesting that I needed to find a man, or comments to that effect.”

However, Ms Borg Bonello said she will not be shaken or silenced and will continue to voice her opinion.

She has ambitions to become a lawyer and politics are very close to her heart, so in a sense this experience had prepared her for the long path ahead, she said.