The Nationalist Party together with independent MP Marlene Farrugia this morning presented a parliamentary motion calling for 16-year-olds to be allowed to vote in the coming general election.

Speaking after the motion was presented, PN whip David Agius called for the debate on the motion to take place as soon as possible.

He said the PN had gone from words to immediate action following Opposition leader Simon Busuttil's declaration last week that 16-year-olds should be allowed to vote in general elections.

“Dr Muscat said there should be a discussion about this in next month's Budget. This is not the way to do things. The discussion should take place in Parliament,” Mr Agius said.

He said the government's excuse of saying it did not have an electoral mandate to give 16-year-olds the right to vote in general elections did not hold water.

Mr Agius said the government had done a lot of things that were not part of its mandate, such as the sale of Maltese citizenship and the opening of secret companies in Panama.

Independent MP Marlene Farrugia from the Democratic Party said the Labour Party had given the vote to 16-year-olds in local council elections.

These youths should also be able to decide their future on a national level, Ms Farrugia said.

She called this motion a confidence vote in Maltese youth. 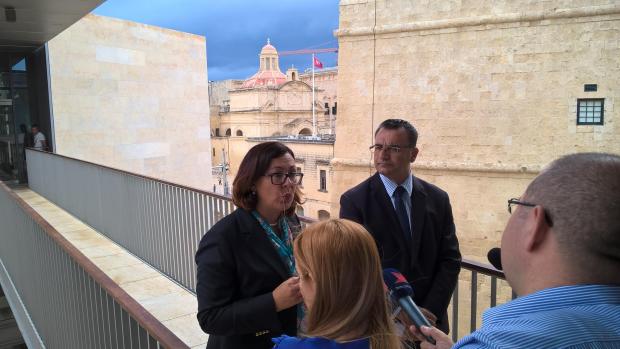 In a reaction, the Labour Party said it was a pity that the PN leader was trying to politicise an issue on which there was consensus.

"The PN is a negative party intent on just opening a front to everything, including on those on which there is agreement."

It said Joseph Muscat's government which gave 16-year-olds the right to vote in local elections. It was also a Labour government which has introduced several initiatives to help out youths.

Meanwhile, Labour Youth Forum has welcomed the news reports saying that 16-year-olds could be given the right to vote in the next general election.

The reaction came after a TVM report last night saying that the government is expected to put out for public consultation a proposal to give 16-year-olds the right to vote.

The public consultation process is expected to be announced in next month's Budget.

In a statement this morning, the FŻL said youths have already taken several important decisions to determine their future and should therefore take part in elections. Despite not having a political mandate to reduce the legal age to vote from 18 to 16, the Labour government was working towards introducing more civil rights.

"The FŻL is proud to form part of this legacy."