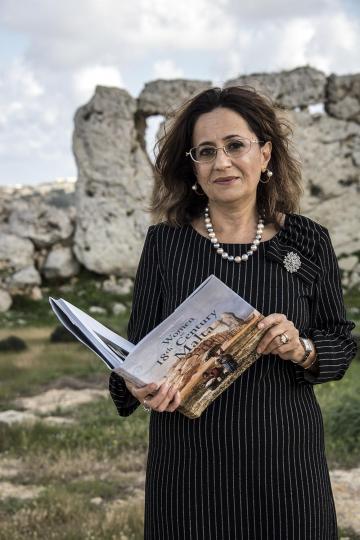 The Inquisitor’s archives reveal that a Carmelite nun became pregnant in 1730 and tried to have an abortion, while nuns at the Monastery of Santa Scholastica were accused of scandalous and pagan behaviour, one nun being accused of having sexual intercourse with the Devil.

These are just some of the stories in a book just published called Women in 18th Century Malta.

“Maltese women in the 18th century were not personally very much directly involved in any great movements or major political events. They suffered many restrictions and limitations in legal and social rights but still they were neither invisible, inaudible nor unimportant. However, their contribution in various sectors to the growth and development of their society was significant and should not be overlooked or undervalued,” remarked author Yosanne Vella.

The publication unveils authentic stories of Maltese women appearing before the Courts of Justice accused of criminal activity, including thefts, physical assaults and prostitution. Court records unveiled by the author include accusations against women both from Valletta and the villages of abusive and blasphemous conduct, drunkenness, theft offences, molesting, fighting and beating up people.

Three hundred years ago the majority of Maltese women as well as men were illiterate. However, some nuns could probably read the breviary, which was in Latin, and taught catechism to girls.

The author reveals encounters between Maltese women and Knights from various Langues and the presence of Muslim female slaves. Some female slaves seem to have been equally high spirited and far from being intimidated often quarrelled openly and insulted Maltese women, even their own mistresses.

The author delves into court cases involving adultery and sexual offences. Maltese women were victims of unwanted attention by the Knights who were loathed for the way they took advantage of them.

Maltese women, who could be very sensual in their appearance, also sought to lure innocent Knights. In many cases women were the victims of injustices and criminal acts. However, at other times it was the women themselves who were personally involved and committed the crimes.

Violence against women occurred quite frequently. Most frequently much of the suffering was inflicted on the women by their own husbands. It seems that for a large number of Maltese wives, beatings were part and parcel of married life.
The book, illustrated with paintings from public and private collections in Malta, Paris and St Petersburg, will sell at €25 from local booksellers but will be sold at the special price of €20 from the SKS Stand at the Malta Book Festival at the Mediterranean Conference Centre, Valletta between 8-12 November.

The author will attend the Book Festival on Saturday November 11 between 6pm-8pm to sign copies of her publication.