Nineteen years after 283 Asians drowned in a stormy December night in what became known as the Malta boat tragedy, the case remains pending in an Indian court with even the charges not being finalised against the 29 accused, the Indian Express newspaper has complained.

The young people, mostly from Punjab, died in the night of December 25, 1996 when they fell into the sea as they were being transferred from the ship Yioham to a small boat. 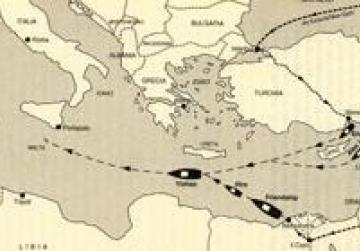 The route followed by the Yioham.

The boat had left from Marsaxlokk and was to take the migrants on their last leg of a long journey to Italy. The ship and the boat reportedly collided, although some claimed the boat was actually rammed.

The Indian prosecution service registered a case against 29 persons in 1997 under various sections of the Indian Penal Code and the Immigration Act for cheating, forgery and human trafficking. Seven of the accused have since died. The next hearing in the case is on January 7, 2016.

The newspaper reported that soon after the incident, a Hoshiarpur resident and social worker Balwant Singh Khera had formed a Malta Boat Tragedy Probe Mission to bring justice to families of the victims.

Khera told the newspaper that while Italian courts had decided cases brought before them, in India the cases were still stuck.

An Italian court sentenced two Italy-based travel agents to 30 years in jail in 2008 for their involvement in the tragedy. A Pakistani living in Malta was also jailed for 30 years.

A Maltese who was among the small boat's crew was among those believed to have perished in the tragedy.