199 new COVID-19 cases were reported on Wednesday, marginally down on the 217 cases reported on Tuesday. 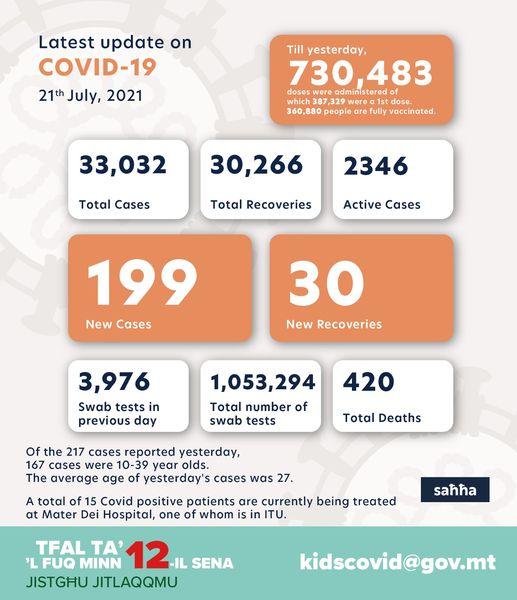 The number of hospitalisations also dropped, to 15 from 18 in the past few days.

The health authorities said 3,976 tests were made in the past 24 hours.

30 patients recovered and the number of active cases stood at 2,346.

Speaking on the Ask Charmaine programme hosted by Times of Malta, the Superintendent of public health, Charmaine Gauci, said that while about a quarter of the active cases are young language students, the authorities had seen clusters from work places, especially among younger unvaccinated people.

There were also quite a number of sporadic cases – cases not linked to each other - showing more people in the community that are positive. But, she said, the consequences of the virus among the vaccinated patients were much less serious than before.

She said the number of cases caused by the Delta variant has been increasing although it is not the prevalent variant yet.