Caravaggio, the Italian painter whose Beheading of St John graces the Oratory of St John's Co-Cathedral, may have been killed on orders of the Knights of Malta, according to a researcher quoted by UK media.

The cause of his death in 1610 has always been a mystery, with possible causes having said to be lead poisoning from the oil paints he used, malaria or a brawl.

Professor Vincenzo Pacelli, from the University of Naples, has now claimed that according to secret Vatican documents, Caravaggio, 38, was killed on orders from the Knights of Malta after he seriously injured a knight in an earlier brawl.

The body was then thrown into the sea near Rome and was never given a funeral.

The claims are being disputed by John T. Spike, a Caravaggio expert at the College of William and Mary in Williamsburg, Virginia who said the knights had ample opportunities to kill him sooner – while he was in Malta, or during the time he spent in nearby Sicily afterwards.

Two years ago, Italian researches claimed to have located his remains in a church grave in Porto Ercole in Tuscany.

Pof Pacelli claims that the "state-sponsored assassination" was carried out with the secret approval of the Vatican.

"It was commissioned and organised by the Knights of Malta, with the tacit assent of the Roman Curia" – the governing body of the Holy See – because of the grave offence Caravaggio had caused by attacking a high-ranking knight, he said.

The academic found historical documents which suggest that the Vatican, which objected to Caravaggio's questioning of Catholic doctrine, tried to cover up the truth of Caravaggio's death. 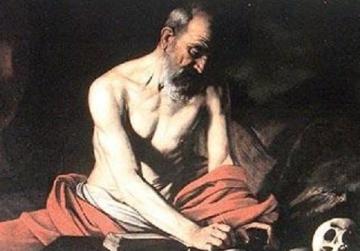 He discovered mysterious discrepancies in correspondence between Cardinal Scipione Borghese, a powerful Vatican secretary of state, and Deodato Gentile, a papal 'nuncio' or ambassador, in which the painter's place of death was cited as the island of Procida near Naples, "a place that Caravaggio had nothing to do with."

A document written by Caravaggio's doctor and first biographer, Giulio Mancini, claimed that the painter had died near Civitavecchia, but the place name was later scrubbed out and replaced by Porto Ercole.

Prof Pacelli has also found an account written 20 years after Caravaggio's death, in which an Italian archivist, Francesco Bolvito, wrote that the artist had been "assassinated".

Caravaggio was known to have many enemies and he suffered a violent attack in Naples in 1609 by unidentified assailants which left him disfigured.

Michelangelo Merisi di Caravaggio lived a turbulent life which saw him fleeing from one city to another.

After finding fame in Rome for his distinctive "chiaro-scuro" painting technique – the contrast of shadow and light – he suddenly had to leave the city in 1606 after he was involved in a brawl in which he killed a man.

He eventually ended up in Malta where he was made a member of the Knights of Malta.

But by 1608 he was in prison, most probably after becoming involved in another fight, in which he wounded a knight.

He was expelled by the Knights on the grounds that he had become "a foul and rotten member" of the order and imprisoned in a dungeon.

He was released under mysterious circumstances and fled to first Sicily and then Naples.

He was heading to Rome in the hope of obtaining a papal pardon for the murder he had committed when he died.