The small Malian community in Malta gathered at Marsa open centre yesterday afternoon as friends and family tried to come to terms with the suspicious death of Mamadou Kamara, whose name appeared on court documents as Muhammed Abdalla.

Now it feels like I am not safe here either. Why is it so difficult? All we want is peace

They described him as a popular, hard-working man who only some six months ago fathered a Maltese-Malian baby girl. They also spoke of a man racked with guilt about having escaped detention in 2009.

Mr Kamara, 32, died late on Friday night while in the custody of Detention Services and Armed Forces of Malta personnel, a short while after he was recaptured following another attempt to escape from Safi detention centre.

It was not his first escape, having fled the centre in 2009 and subsequently carving out a life – and family - for himself in Maltese society.

Friends said Mr Kamara found it hard to shake away worries that his successful escape from detention would come back to haunt him.

“He regretted escaping detention and wanted to go back.

“But he didn’t know how or what would happen if he turned himself in,” explained one of his friends, who asked to remain unnamed.

The concerns led to sleepless nights. He also had escalating mental health problems but his alien status precluded him from seeking medical help, his friends said.

As his mental unease escalated, friends decided they had little option but to take Zoto, as Mr Kamara was universally known, to Floriana health centre.

When doctors there realised he was a fugitive, they called the police, who took him away to Safi detention centre. It would be the last time friends would see Zoto alive.

Detention Services said in the morning that Mr Kamara had been aggressive towards other detainees upon his return to detention.

They said some detainees then got Mr Kamara to take a shower and cool off, before insisting with detention officials that he receive medical attention.

Mr Kamara was subsequently escorted to Floriana health centre to have a psychiatric appointment booked for the following morning and then be escorted back to Safi detention centre.

Migrants at the detention centre claim that Mr Kamara ran away as he was re-entering the centre’s B block. Officers reportedly gave chase in a vehicle, eventually recapturing him.

“Everybody knew Zoto. He was a real gentleman with such a pure heart,” said his friend Moussa.

“He had a steady job in construction and took work very seriously. I lived with him for a while and he never missed a day of work.”

Moussa lowered his head. “His girlfriend just had a baby girl some months ago. But now she’ll never get to see papa. It’s such a shame.” 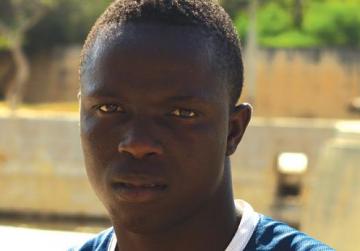 “Zoto was like a brother to me. I don’t know what to say. It’s better if you speak with Ali,” Mr Keita said, referring to Ali Konate, a spokesman for the Malian community who is also active in the Migrants’ Network for Equality. The community’s grief was tinged with outrage and concern for their personal safety.

“Before, it was nightclub bouncers who attacked us. But now it’s the security forces. Where do we turn?” asked Sissoko Mahady.

He referred to Suleiman Samake, the 26-year-old Malian who was shot twice by police officers last March after threatening them with a knife.

Mr Samake is now charged with the attempted murder of three police officers.

“Everybody’s afraid now. First it was Suleiman Samake, now it’s Zoto. Tomorrow, it could be me,” Mr Mahady said.

His voice hardened as he went on. “It sometimes seems as though the Maltese people find it easier to kill a migrant than a dog. They don’t see us as human beings.”

Outside, Moussa sat atop a metal railing and puffed away at a cigarette. “I escaped Mali because my life was at risk. Now it feels as though I’m not safe here either.”