As the Maltese public tries to get to grips with the shock resignation of EU Commissioner John Dalli, Christian Peregin recalls what the main players have said during the past week, as well as the important questions that have not yet been answered.

What they have said:

• “I categorically deny I knew what was happening. I absolutely deny I in any way knew of negotiations going on between a Maltese person and tobacco people...

“[I resigned because] I want a complete free hand to be able to oppose these allegations... This is a déjà vu for me. And I will surely react strongly.”

To New Europe on Wednesday morning:

• “[European Commission] President [José Manuel Barroso] read to me the conclusions of the report which I refuted completely... They (anti-fraud EU agency OLAF) said there is some circumstantial evidence on which they conclude I was aware of what was happening. This I refuted categorically... I was asked for my resignation.

“I have an e-mail here... This shows these people were offering to bribe Silvio Zammit to arrange a meeting with me. This is something that Mr Zammit I can vouch never communicated to me. He never asked me for a meeting with these people.”

• “There is no conclusive evidence of the direct participation of Commissioner Dalli as the instigator or mastermind of the operation of requesting money to change a Commission decision... 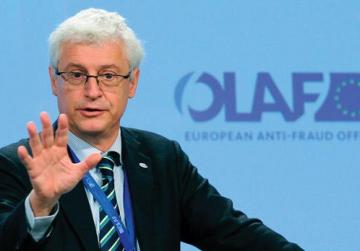 “Nevertheless, there are a number of unambiguous circumstantial pieces of evidence indicating he was indeed aware of the machination of the requests of the Maltese entrepreneur...

“Our conclusion is that Mr Dalli was aware of a person close to him asking for money, repeatedly, from a company in order to use his influence on the Commissioner to change or to try to change the policy of the Commission... And Mr Dalli did not do anything to prevent, stop or report on it.

“At some point a normal lobbying relationship became contaminated by a request for money. Not a fee. This was a large amount of money that was being asked for to change a decision. No sum was paid.”

“Can you imagine if somebody close to me as director of OLAF goes around and says ‘Give me a million and I will adjust an investigation of OLAF because I am a close friend of Giovanni Kessler’?

“I wouldn’t call it a fraud. Nevertheless, maybe it is trading in influence.”

Silvio Zammit in a press statement on Wednesday evening:

• “I strongly deny all allegations of any wrongdoing on my part... I decided to resign my post as Deputy Mayor of Sliema council... to allow me to be free to defend myself, my integrity and reputation. 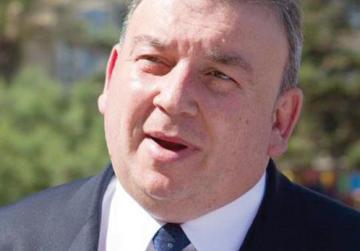 “I categorically state that I have never received any payment from the Swedish company Swedish Match or European Smokeless Tobacco Council.

“My role was that of a lobbyist and all my contribution in the matter was above board and regular, in consonance with established practices. Furthermore, I confirm that I was contacted by the foreign party and it was them that set the ball rolling.”

“I will leave no stone unturned to prove that I am extraneous to the case and demonstrate that OLAF’s conclusions are erroneous and seriously baseless – and cannot be substantiated by evidence, not even circumstantial evidence. I strongly feel that OLAF has seriously misinterpreted the evidence it has in hand. I will not, for this moment, try to interpret why such a turn of events may have come about.”

John Dalli in a statement to The Times on Thursday:

• “The meetings that Kessler referred to were held one in August 2010 with a lobbyist who simply handed me some reports from Price Waterhouse about tobacco, and one on January 6 with a Maltese lawyer who wanted to know the Commission position on snus (a smokeless tobacco banned in the EU) – which I explained... I have repeatedly stated to OLAF that I did not discuss snus with the Maltese entrepreneur after January 6...

There are other issues which will be brought up at the appropriate time that shows a systematic plan of entrapment.”

• About whether the Commissioner is bribe-able for €60 million: “Absolutely not and these are really fantastic figures.

About whether he had any knowledge that a businessman was asking for money to alter legislation: “Absolutely not. I did not have any idea or awareness whatsoever about any communication about this issue.

About whether he knew the businessman was speaking to the tobacco lobby on his behalf: “I had absolutely no knowledge of this communication.”

OLAF in a press statement on Friday evening:

• “OLAF regrets that partial evidence of the case has been provided to the press by interested parties, and will not comment on details of the investigation as the matter is now under consideration by the judicial authorities.

“All rights of the people concerned by the investigation have been respected... Commissioner Dalli was interviewed twice during OLAF’s investigation.”

What they haven’t said:

• Whether Mr Zammit organised the two meetings he mentions and, if so, in what capacity.

• Whether these meetings were accounted for in his public agenda or else informal.

• Whether he is convinced that Mr Zammit never demanded money to alter legislation.

• Why he has not published the rest of the e-mail correspondence, which could give a clearer picture as to who was offering or demanding the bribe.

• Whether he was ever informed, directly orindirectly, that Mr Zammit was making such offers.

• What fee he demanded as a “lobbyist”.

• Why he is not registered as a lobbyist with theTransparency Register.

• What his interest was in snus tobacco.

• Whether he suggested he could influence a change in legislation.

• His relationship with Mr Dalli.

• Whether the Maltese businessman is in fact Silvio Zammit and was he questioned in the investigation.

• What the “unambiguous pieces of circumstantial evidence” are showing that Mr Dalli knew of Mr Zammit’s illicit dealings.

• When and where the former Commissioner was made aware.

• How much Mr Zammit demanded from Swedish Match.

• Whether the circumstantial evidence is enough to obtain a criminal convictions.