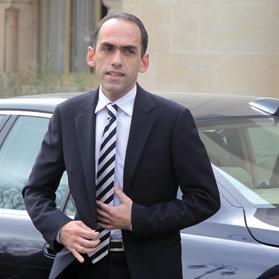 Cyprus’s bank workers union have called a two-hour work stoppage for today, saying the pensions of its members at the island’s two largest banks, hit by huge losses under an international bailout deal, were not protected.

The union, ETYK, said the pension funds of workers in Popular Bank and Bank of Cyprus were at risk, as were those of other institutions deposited in the banks.

“Our efforts so far and our mobilisations have not fully removed this risk,” the union, which represents 11,000 bank workers, said in a statement.

The work stoppage was called for 12.30pm to 2.30pm, and the workers will then march on parliament, the union said.

Under a €10 billion loan accord from the International Monetary Fund and the EU, Cyprus was forced to split Popular Bank’s assets into a “good” and “bad” bank. The authorities have also forced heavy losses on uninsured depositors in Bank of Cyprus, the island’s largest lender, which will gradually take over accounts at Popular Bank.

Cyprus’s banks were closed for two weeks while the bailout deal was being negotiated, reopening a week ago. Strict currency restrictions are in place to prevent a run on deposits.

Meanwhile, the leader of the island’s second-biggest party said Cyprus should weigh whether it is in its interest to abandon the euro.

Nicosia should not rule out leaving the euro and consider it as an option, Andros Kyprianou, secretary general of the communist AKEL party, said in an interview with the semi-official Athens News Agency.

“We do not hold absolute views on the issue of the euro exit,” Kyprianou was quoted as saying. “It remains on the table as an option. It requires careful study and planning,” he added.