More than 200 migrants were rescued after their boat capsized south of Lampedusa this evening, but 27 have been confirmed dead, and their number is expected to rise.

The first on the scene, at about 4 p.m., was an aircraft of the Armed Forces of Malta which dropped a life raft, an action which saved many lives.

A frigate of the Italian coast guard and Maltese patrol boat P-61 were quickly deployed to the scene, followed later by another two patrol craft from Lampedusa and another from Malta.

P-61, the AFM's biggest patrol boat, picked up 150 people, who are being brought to Malta. They are expected to arrive early in the morning.

Another 56 migrants were picked up by the Italians.

Prime Minister Joseph Muscat told a press conference at the Auberge de Castille that the Maltese patrol boat had, up to 9 p.m., also picked up four corpses, three of which were of very young children.

He said 27 people were confirmed dead, and there were fears that the number could rise 'drastically'.

He said that in agreement between Malta and Italy, the migrants rescued by the Maltese patrol boat would be brought to Malta. However those who were too weak for the journey would be transferred to a hospital in Lampedusa.

Dr Muscat said Mater Dei Hospital was on alert, and the disused mortuary at St Luke’s Hospital had been reopened in case it was needed.

He said he had spoken with Italian Prime Minister Enrico Letta and the two would insist on concrete action by the European Union when heads of government meet later this month.

"The time for words is over," he insisted.

Dr Muscat said Malta and Italy had so far seen no real action from the EU, even though this was a European problem.

“No real action has been taken so far. No solutions, even short term ones, have been provided...

"Malta and Italy share a common position. We are on Europe’s frontier but this is a European problem.

"We did our duty. We saved scores of people from certain death. Had it not been for the AFM many more people would have died.

"The AFM are our heroes, Europe’s heroes."

However, Dr Muscat said, Malta would remain strong on issues on principle.

So far, Europe had been just talk...

“We will be very strong with European politicians. I am not willing to come out of the Council meeting saying I am satisfied unless concrete action is taken,” Dr Muscat said.

"The seas around us have turned into a cemetery."

He said that action which could be taken included increased assistance to Libya to control its borders, changes to the Dublin II rules and amendments to enable migrants to enter Europe legally.

This was the second major migrant tragedy in a week, with more than 300 having died off Lampedusa when their boat caught fire and sank earlier his week. 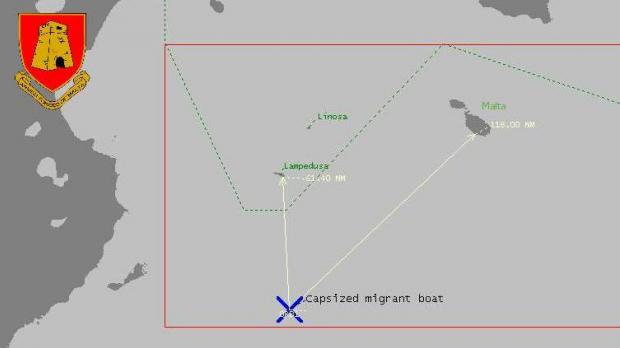