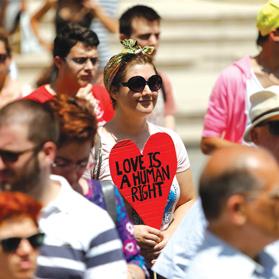 Equating same-sex unions with marriage is “illogical” and “deceptive”, according to Auxiliary Bishop Charles Scicluna.

In a letter to The Sunday Times of Malta, he urges MPs to reflect and engage in a thorough debate before voting out the “traditional concept of conjugality” when deciding on a Civil Unions Bill proposed by the Government.

Mgr Scicluna says: “In a nutshell marriage is for the family. It is not simply a socially recognised partnership. The proposed bill intends to put all this behind us in the name of the asserted equality of same sex (homosexual) couples to couples of different sex (heterosexual) couples.

“This asserted equality is a no-brainer when we deal with human dignity and the right to freedom from unjust discrimination. It does not stand the test of logic when it comes to the openness to the gift of parenthood.”

In a nutshell, marriage is for the family. It is not simply a socially recognised partnership

The Bill, presented last week, will allow same-sex partners to enter into a civil union that carries the same rights and obligations as marriage.

It means gay partners will, for the first time, enjoy the same tax benefits as married individuals, have the same inheritance and pension rights and be able to adopt children as a couple. Same-sex marriages abroad will also be recognised by the State. 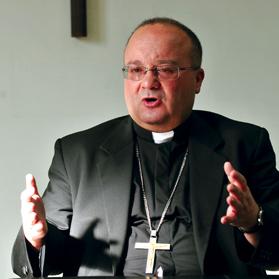 In a strongly-worded letter, Mgr Scicluna drew a distinction between marriage, which he equates with family, and any other socially-recognised partnership.

The natural inability of same-sex couples to have children, he argues, makes it illogical to equate civil unions with marriage.

“This is the essential difference between marriage and any other human partnership: the ability to become one flesh in the mutual expression of love and the natural openness to the gift of parenthood,” Mgr Scicluna says.

He says that children born of the union between a man and a woman are ideally raised in the family, which is given social recognition and support through the institute of marriage.

In similar vein, columnist Fr Joe Borg (see page 23) argues that although a law on civil partnerships covering gay couples is needed, it must not equate such unions to marriage. He says a distinction could be drawn on adoption rights. But Fr Borg also criticises what he describes as the introduction of gay marriage by stealth.

He notes that before the election the Labour Party favoured civil unions but insisted it was against legalising same-sex marriage. But the proposed Bill, based on the principle of equality to marriage “de facto”, introduces gay marriage, he adds.

Fr Borg says this was done to pander to the gay lobby while intentionally avoiding the use of the term marriage not to alienate those who are against same-sex marriage.

“This is a strategy based on electoral convenience and deceit. If the people of Malta want same-sex marriage, so be it. But it should be so by a conscious popular decision and not by stealth.”

Gay activists have acknowledged that the Civil Unions Bill is gay marriage in all but name. Neil Falzon, a human rights lawyer who helped draft the Bill, has defended the law’s lack of detail because the underlying principle is equality to marriage.

Civil Liberties Minister Helena Dalli is on record saying the use of the word ‘marriage’ has cultural and traditional implications that could make it more difficult for society to accept same-sex unions. She also argues that the law will not be cast in stone and will evolve along with society.

The Labour Party election manifesto contained a pledge to introduce civil unions for gay couples but gave no detail as to the rights that would come with it.

Throughout the election campaign Prime Minister Joseph Muscat had described the introduction of civil unions as the “next breakthrough in civil rights” for gay people but carefully avoided detail.

During the leaders’ debate at University he said civil unions would be “very superior” to the civil partnerships proposed by the outgoing Nationalist administration, but “not equal to marriage”.

Meanwhile, the Nationalist Party has not yet made its position known on the Bill, which is substantially different from the civil partnerships law that was presented last year.

The civil partnership proposal the PN had put forward – it did not become law because Parliament did not find time to debate it – outlined the general parameters that should be included in any private partnership agreement reached in front of a notary.

The law did not differentiate between same-sex couples and siblings, making no reference to tax relief or child adoption.

But even though the proposed legislation had fallen very short of the gay lobby’s expectations in its electoral manifesto the PN reiterated its stand in favour of civil partnerships that would “legalise” the relationship of gay couples.