Volunteers  have found another ´bird cemetery´ in the Mizieb, the  Committee Against Bird Slaughter (CABS) said today.

It said the remains of  10 protected birds - five Marsh Harriers, one Montagu´s Harrier, a Honey Buzzard, a Hoopoe, aNightjar and a Cuckoo - were found concealed under stones in the eastern part of the area last Thursday.

"The Nightjar and the Cuckoo definitely died during this year´s spring hunting season whereas the other birds appear to have been killed and hidden last autumn", CABS Press Officer Axel Hirschfeld said.

The police were called as soon as the first dead birds were uncovered. All carcasses have been seized as evidence.

In contrast to the years 2009 and 2010 when birdwatchers found more than 270 dead protected birds in all parts of Mizieb the finds from last week were limited to a small section of the area close to Xemxija hill, the committee said.

CABS called on the authorities to conduct a comprehensive inquiry and publish the results as soon as possible.

"The public has a right to know what is going on in Mizieb which the FKNK claims to manage as a hunting reserve for its members," said Mr Hirschfeld. 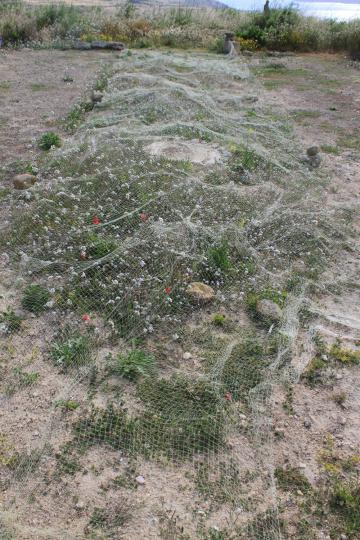 "Despite several requests made to the authorities, the outcome of the investigations from 2009 and 2010 have never been published. If the new government really means business they should not repeat this mistake and move towards total transparancy", CABS General Secretary Alexander Heyd added.

CABS also said that its teams have heard more than 140 shots after the official end of the spring hunting season last Wednesday, most of them on the Delimara peninsula and in Gozo. One hunter was apprehended by the police close to Tas-Santi where he was spotted by CABS last Thursday morning. When the man realised that he was being observed he locked his shotgun in a hide and ran off. He was later identified by police officers who also found and seized the weapon.

On the same day a CABS team on Gozo found a large illegal Quail trapping site at the Ta´Cenċ plateau which is designated a NATURA 2000 site and forms part of the European network of special areas of conservation (right). The police confiscated four illegal nets covering an area of about 80 square meters as well as four live Quails used as decoys.