If you have not managed to cut down on those extra doughnuts or cigarettes after your doctor warned you about the risks of a heart attack, meditation may help you lose the desire for them. Made popular in the West during the 1960s by music icons such as The Beatles, today’s fast-paced lifestyle could do with a dose of transcendental meditation, which has been proven to half the risk of heart issues.

Dr Hornstein lives and works in Malta, and has been practising transcendental meditation for 20 years.

Originally the 42-year-old turned to the technique to manage his stress levels midway through his postgraduate studies.

But apart from relaxing him, transcendental meditation also changed his capacity to focus, absorb and retain more information during his studies.

Nowadays, his wife and even his four-year-old son practice transcendental meditation.

Studies, including research published in the American Heart Association journal Circulation: Cardiovascular Quality and Outcomes, have found that people with heart disease who practised transcendental meditation twice daily over five years were 50 per cent less likely to have a heart attack, stroke or die.

Meanwhile, this form of meditation has also been proven to lower anger and stress, and eventually blood pressure. 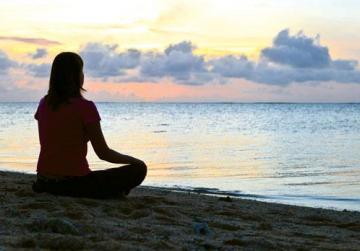 Dr Markmann first held a lecture about transcendental meditation in Malta last October. He has returned this year following positive feedback, and hopes to come back in the following months.

“People drink, smoke, overeat or take stimulants as on some level they are not completely satisfied. When they meditate they move to transcendental consciousness – the core of their own personality – making them feel much more familiar with themselves and the environment. We have seen the use of stimulants decreasing considerably when people start meditating,” he noted.

Dr Hornstein added: “If you’re happy you’re not going to fill your face with doughnuts and if you aren’t tired you won’t need to take stimulants. But apart from the emotional side, since your brain functions better following meditation, the mind’s capacity for control of the release of hormones and the activation of insulin, among others, is much better.”

“But since transcendental meditation is such a natural procedure you cannot predict what comes first: sometimes we get people who really want to quit smoking but instead they first stop quarrelling with their wives and build a friendlier relationship with their children and then eventually stop smoking.

“There is no doubt that in the long run, the use of stimulants goes down. You become less dependent on outside stimulants.”

Transcendental meditation is a natural mental technique that needs to be practised daily.

“There’s a little button in you which you don’t know where it is. But once you learn how to press the button you kick off a natural process. There is no concentration, contemplation, philosophical or spiritual thinking about it.

“Just like you take a shower in the morning, transcendental meditation is a mental shower. You feel fresher afterwards,” he said.

When Dr Hornstein first learned transcendental meditation it reminded him of a feeling he had as a kid.

“I had this peace about me. It’s like returning to the natural state you are born in – you are sort of fresh, there is nothing programmed into you.”