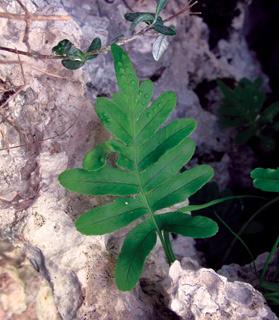 A botanist who has just discovered a new plant in Malta is appealing for funds to support the study of species.

Stephen Mifsud, who has just completed a Masters in biodiversity and taxonomy of plants at the University of Edinburgh, discovered a new species of what is known as rock-cap fern in Sannat.

He spent the past three years studying the plant and teamed up with two Italian botanists who specialise in ferns.

The species of the plant had been given the botanical name Polypodium vulgare in 1753 but the team called the new subspecies melitense, after Malta, or, in Maltese, Felċi ta’ Malta.

Asked to quantify his search in time and money, Mr Mifsud said it was very difficult to sum up the time taken up by fieldwork, research, photography, the writing of a paper and correspondence with the Italians scientists.

A very rough estimate would be about 100 hours, which, considering the average rate of a scientist’s salary, would amount to €2,000. This excludes, among others, the work done by the Italian experts as well as fuel and research equipment costs.

Admitting he did not bother to look for sponsors as it would have been futile, Mr Mifsud said most taxonomic work in Malta, whether on plants or animals, was rarely, if ever, funded by an institution.

“It is the fruit of the interest and passion of a few dedicated individuals who spend most of their free time doing such work for the love of Stephen Mifsud country and to reveal more about its natural richness,” he said.

“Personally, I think the lack of sponsors and local funds for this sector contrasts sharply with the fact that so many sponsors are found for music or sport events to promote and advertise our country.

“The discovery of new species is also an important tool to promote Malta because a number of nature lovers abroad would be more interested to visit the island to see the new and endemic plant species.”

The fern Mr Mifsud found brings the number of such species in Malta to 10, some of which are protected and rare. Ferns are primitive plants that evolved during what is known as the Triassic period, some 250 to 200 million years ago.

After teaming up with Adalberto and Gabriele Peroni, Mr Mifsud concluded the preliminary studies earlier this year and published a paper in the peer-reviewed scientific journal Botanica Complutensis. The second part of the study will go into more detail about the plant’s DNA to shed more light on its origin.