Being considered a classic is no defence nowadays, and many are those who would like to see The Bard’s enduring influence to wane. Tying in with this year’s production of King Lear at the Malta Arts Festival, four experts tell Veronica Stivala why these people are wrong. 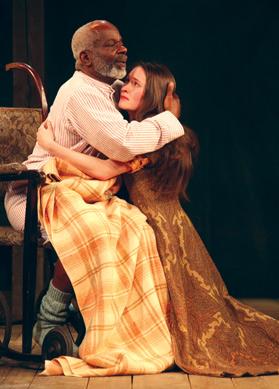 He’s 450 years old and yet, not only do we perform his plays, but we recognise ourselves in them, and continue to use phrases and words he coined in our everyday language. To tie in with the Globe Theatre’s production of King Lear at this year’s Malta Arts Festival, I found out more by speaking to four people who specialise in all things Shakespearean.

The sheer majesty of Shakespeare’s artistic achievement is, of course, incredibly rare. But what I find particularly interesting is how contemporary audiences and readers often seem to experience Shakespeare with a certain shock of recognition – or, at the very least, with a strong sense of familiarity – despite the popular, but misleading impression that his writing is difficult. It is not an exaggeration to say that after more than four centuries Anglophone cultures still, to vary-ing degrees, live in a world of Shakespeare’s making.

We certainly still speak a language that bears his mark: everyday expressions such as ‘fair play’, ‘heart’s content’, ‘high time’, ‘in a pickle’, ‘in stitches’, ‘love is blind’, ‘night owl’, and many more, come to us from Shakespeare.

More than this, though, we seem to recognise ourselves in Shakespeare’s plays. His expansive and tremendously perceptive understanding of human psychology can, uncannily, make it feel as though he knows us better than we know ourselves (an idea the American critic Harold Bloom develops at length in his book Shakespeare: The Invention of the Human).

These factors are, I think, key to understanding Shakespeare’s contemporary relevance and it is why he remains such a strong cultural presence. New productions of his plays are being staged all the time and his work is continually being reinvented and referenced by contemporary culture so that his influence is now more entrenched and diffuse than ever before.

From cutting edge theatre (think of Punchdrunk’s Sleep No More), to pop music (think of Mumford and Sons’ Sigh No More), to the various Shakespeare apps you can download to your tablet or smart-phone, Shakespeare remains, emphatically, our contemporary.

I enjoyed Shakespeare at secondary school so much I went on to read the Merchant of Venice just for fun. I eventually wrote two theses on the playwright: the first, for my BA (Hons), was about Shakespeare on film.

I then went on to read for a Master’s in Staging Shakespeare at the University of Exeter, and for my final performance directed a multilingual version of Othello. The reason for my interest in Shakespeare can be attributed to his “excellently well-penned” text, but also to the fact that he developed the concept of the character and changed the acting style of his age, as well as developing new genres. Studying Shakespeare has helped me appreciate and understand not only his works, but theatre in general.

From cutting-edge theatre, to pop music through tracks like Mumford and Sons’ Sigh No More, Shakespeare remains our contemporary

Shakespeare has offered and given much to both the theatrical and literary world, both in terms of language and staging. He created over 1,500 new words that have passed into common usage in the English language.

Shakespeare is still relevant today, 450 years after his birth, because his themes are universal. His stories of love, jealousy, hatred, ambition still ring true today and will always remain relevant.

​​I clearly remember sitting on a wooden chair in class reading The Merchant Of Venice aloud.

“Why do I have to read this, it doesn’t make any sense!’” Look-ing​  back now, I am of the notion that I was partially right.​ Shakespeare’s words were always meant to be off the page;​ performed to an audience, every-where and anywhere.​

​Shakespeare is a timeless, grammatical genius with a profound understanding of the human condition. His text captures every nuanced emotion, intention and action, while allowing the actor to convey these 400-year-old stories which still resonate with each indivi-dual. The more I ​understand it,​ the more I want to work with it.

​​When you watch a play of his, you see bits of your life unfolding on stage which you respond to instantaneously. His deep insight into human nature not only makes him immortal, but also leaves us with subtle life lessons to be learnt. Shakespeare is one of the greats and will continue to influence people from all walks of life for time to come.

Although Shakespeare may have ‘borrowed’ a few plot lines from his contemporaries, what he excelled at was in his understanding of the human condition; a timeless truth. In King Lear we have the relationship between siblings and their parents, in the history plays we see the hierarchies of society gone array and in the tragedies, the corruption of man. These themes will never change because they’re human stories, told by humans and received by humans.

Shakespeare’s plays have taught me to listen. The genius of Shakespeare is that you’re constantly taught in drama school that Shakespeare has no subtext.

That may be true in the rendering of the language, but, and here’s the rub, if you listen with your whole being, a single word, emphasised in a particular place, as dictated by the playwright himself through his use of the verse, the listener is suddenly gifted a hundred different levels of truth all as a result of the listener’s own personal life experiences.

The way I heard Macbeth when I was 13 is entirely different to how I’d hear it today or even tomorrow. This goes back to the question of why his works will always be relevant. Today or 10 years down the line, we will still be human beings listening to a genuine human story, made real by the relationships we all relate to on an everyday basis; this is why his work is timeless, an organic being never the same two performances in a row.

The Scottish play is my favourite for all the reasons mentioned above, but I’ve recently developed a minor obsession for the stories told through his sonnets... it’s all about the stories.

Shakespeare’s Globe will perform King Lear, known as Shakespeare’s ultimate tragedy this summer at Pjazza Teatru Rjal on July 16 and 17 as part of this year’s Malta Arts Festival.

Old King Lear, weary of royal duties, proposes to break up his kingdom and divide it among his three daughters. But this rash generosity is cruelly repaid and Lear discovers too late the false values by which he has lived – and, in turn, the suffering common to all humanity.

Performed at the Globe and on an Elizabethan-style stage, a small troupe of travelling players breathe new life into Shakespeare’s great tragedy. Joseph Marcell will play King Lear.