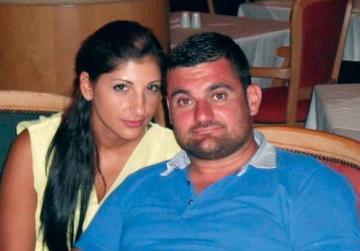 A 35-year-old restaurateur suffered severe burns and was in critical condition yesterday afternoon after an explosion was set off in his vehicle by a device suspected to have been a home-made bomb, according to police sources.

He was driving into Marsaxlokk in a Mitsubishi Pajero four-wheel drive vehicle accompanied by his girlfriend, who the police said was not seriously injured.

The victim is Darren Degabriele from Birzebbuga, owner of Marsaxlokk restaurant Gente di Mare, and the woman is 28-year-old Stephanie Tonna from Birkirkara, the sources said.

A witness, Carmelo Micallef, was driving out of Marsaxlokk when Mr Degabriele’s Pajero, heading in the opposite direction, “suddenly exploded”.

He then saw a man and woman jumping out of the burning vehicle. Ms Tonna, a nurse, was seen helping her boyfriend, who is said to have suffered 90 per cent burns.

Sources said Ms Tonna did not seem to have been hurt but was kept in hospital under observation.The explosion took place at about 4pm on Żejtun Road and resulted in collisions that involved a car and two vans.

Mr Micallef, a 68-year-old hawker on his way home from the Marsaxlokk market, said that after the blast a car behind the Pajero swerved to avoid it and veered towards him.

“It hit my van and I reversed away from the burning vehicle.

“I had all my merchandise in the van and did not want anything to get destroyed… then I saw the doors of the Pajero open and two people come out.”

The car slammed into a wall and a couple inside were treated for shock. The driver of the other van, which was in front of Mr Micallef’s, was taken to hospital with head injuries that were not deemed serious.

Members of the Civil Protection Department arrived to put out the blaze.

A magisterial inquiry is being held and police are investigating what may be behind the bombing of Mr Degabriele’s car.

A search in the court online judgment system showed that, in 2008, Mr Degabriele was cleared of forging a signature onto a cheque and receiving €1,770 in cash from the transaction, which took place in 2003.