The release was coordinated by the Parliamentary Secretariat for Agriculture, Fisheries and Animal Rights.

After brief period of acclimatization, most of these birds are expected to proceed on their annual migration south to the African continent, according to  the secretariat. 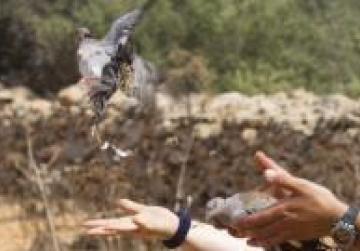 Dr Gabriella Fumia, who oversees treatment and rehabilitation of wild birds at the government’s facility in Luqa said that around two thirds of all birds received at the facility were successfully treated and rehabilitated.

He said the government is in talks with Birdlife (Malta) to establish and manage the recently restored historic Tal-Bosk farmhouse in Buskett as a national rehabilitation centre for wild birds. In parallel, the government will upgrade government facilities to improve the quality of the veterinary service.