A magistrate this morning started hearing evidence in the case of Dominican friar Charles Fenech who is facing sex abuse charges.

The first to take the witness stand was the woman who is making the allegations against Fr Fenech. She testified behind closed doors  before Magistrate Tonio Micallef Trigona.

The woman is claiming Fr Fenech sexually abused her during the course of a relationship spanning a number of years.

She alleges that the abuse started while she was being treated at Mount Carmel Hospital.

Two women later also testified behind closed doors. Sources said they were asked to confirm the testimony of the main witness.

It is not yet clear whether the remaining witnesses will be heard in open court when the case resumes on February 23. 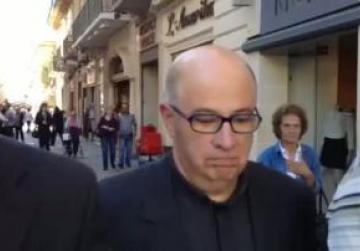 Fr Fenech, 54, from Rabat is pleading not guilty to sexually abusing the woman, in her 40s.

His lawyer, Michael Sciriha, this morning asked for the case to be heard behind closed doors as always happened in such cases.

But Magistrate Micallef Trigona said he was  not interested in similar cases as he was dealing with this case. The Criminal Code said such decisions were up to the discretion of the court, he pointed out.

The prosecution, led by Inspector Louise Calleja, said that they would want the victim to testify behind closed doors but the rest of the evidence should be heard in open court. The prosecution had 10 witnesses today.

Fr Fenech had previously skipped court three times over the abuse charges, presenting medical certificates that he was not fit to appear.

After The Sunday Times of Malta broke the story in October that the 54-year-old priest was facing criminal charges, the Dominican Order issued a statement saying that Fr Fenech had been stopped from exercising his duties as a priest and was removed from his post as director of the Kerygma Movement.

Lawyer Noel Bianco and Jason Grima are appearing for the alleged victim.