City Gate in Valletta was transformed into a vibrant sea of colours this afternoon as the annual Gay Pride celebrations kicked off.

Today's activity was the annual march, with many of those present carrying balloons and posters - some with good humoured messages. Some wore  extravagant costumes, replete with leotards and fishnet tights.

Speaking to the media, Prime Minister Joseph Muscat, who was among the politicians present, said that the Pride was an occasion where people who cherished equality could gather to demonstrate that the country was moving forwards.

Following the final law on gender identity, the government would be examining any further barriers to confront this section of society.

Civil Liberties Minister Helena Dalli said that the next step was to work towards a strategy to ensure that the laws enacted were implemented.

“We need to change attitudes towards a more equal society,” she said.

“More work needs to be done in schools and in society. I want to work so that one day, we would no longer need to celebrate Women’s Day and the Gay Pride as society would be so equal that no section of society would feel the need to draw attention to itself once a year.”

Opposition Leader Simon said that Gay Pride celebrations were still necessary as the issue did not only centre on laws but also on mentality.

“We now have the law and credit to whoever put that law into place. But it’s still a question of mentality and we still need to go through a phase where equality truly is accepted by all.”

PARADES IN MANY CAPITALS

Gay Pride parades are being held this weekend in many capitals.

In Moscow, the police broke up an unsanctioned gay rights rally, detaining around 20 people, including anti-gay campaigners who attacked the activists.

The campaigners had requested permission to hold a gay pride parade today, but Moscow authorities blocked the request for the tenth year in a row - an annual ritual that has come to symbolise Russian authorities' hostility to public expressions of support for gay rights.

A 2013 law against gay "propaganda" also sparked an outcry among Russian rights activists and in the West. But partly reflecting the influence of the Orthodox church, many Russians back the law or have negative feelings towards gays.

Activists at Saturday's meeting on Tverskaya Square near the city centre were heavily outnumbered by black-clad riot police who had lined the square in advance.

"It is lawlessness of Moscow's and Russian authorities - what is happening here is a complete lawlessness," said Nikolai Alexeyev, a leading Russian gay rights activist, as he was dragged into a police van with a bleeding hand. "We are just trying to hold a peaceful human rights action."

Demonstrators were able to unfurl a rainbow flag for a short time - reading "Make love not war" - but they were also attacked by an anti-gay group before riot police ripped the flag away.

Elena Kakhtaryova, an anti-gay activist, was standing peacefully with a placard that read: "No to euro gay values. No to a euro gay way of development. Only Russia and only victory."

"I'm against this phenomenon which is imposed on us, against homosexuality, against non-traditional values to put it mildly, or speaking (plain) Russian: against pederasty and sodomy," she said.

Pictures above by Joanna Demarco. 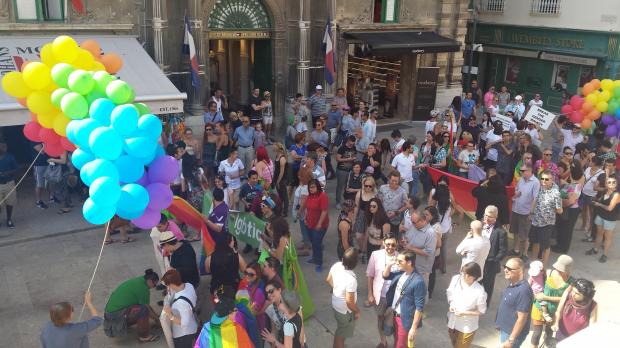 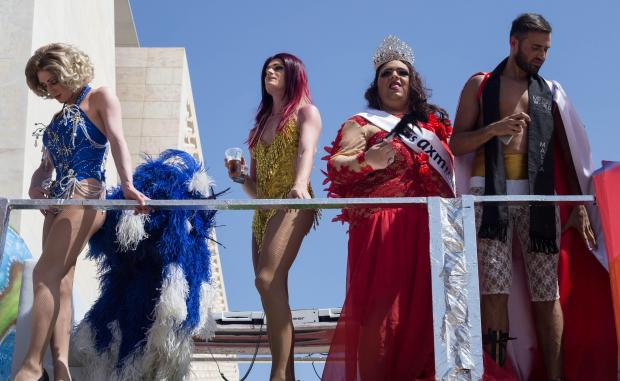 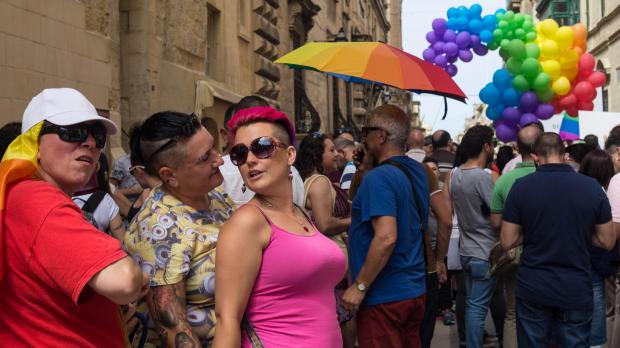 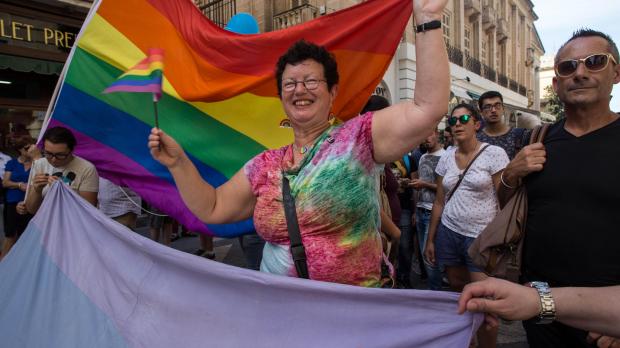