The Commonwealth Press Union Media Trust, which aims to protect and enhance press freedom throughout the Commonwealth, has awarded the 2018 Astor Award, posthumously, to Daphne Caruana Galizia.

The Astor Award, established in 1970 and one of the oldest press freedom awards in the world, is made to an individual or organisation that has made an outstanding contribution to the defence of press freedom within the Commonwealth.

In 1971, it was awarded to Times of Malta founder Mabel Strickland. 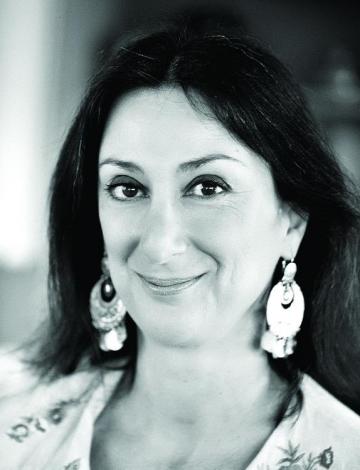 The citation for the award is as follows:

“On 16th October 2017, Daphne Caruana Galizia, Malta’s crusading scourge of official corruption, cronynism and incompetence, died for her journalism – the victim of an assassin’s car bomb. She was 53.

"In life, Daphne was the embodiment of investigative journalism: forthright, uncompromising and totally fearless. Her “Running Commentary” blog, while hugely popular, also prompted daily death threats, arson attacks on her home, and scores of libel suits denying her claims. She was undaunted. The last words on her blog, on the day of her murder, were “There are crooks everywhere you look now. The situation is desperate”

"In death, she proved her case: not least that Malta was at risk of becoming a Mafia state. But the assassins will have won unless her memory and her campaign to shine a revealing light into the darkest corners of beloved island continue, undimmed.

"There has never been a more courageous, nor more deserving winner of the Astor Award than Daphne Caruana Galizia. The CPU Media Trust is proud to salute her. We hope that this will help to keep aloft and alight the torch of free expression that she bore so bravely against such odds. It would be a truly fitting memorial.”

The award was received in Ms Caruana Galizia’s name by her sons Matthew and Paul.

More information about the Astor Award and previous winners is here.