Last year was littered with great comebacks. Take Liverpool’s heroic effort to clinch European victory by overturning a 3-0 deficit against the might of Barcelona for example, or the sell-out tour return of the Spice Girls. Vinyl records seem to be doing pretty well, too.

Aiming to be among those is the long-awaited return of the Toyota Supra – a car that you’re probably familiar with now if you haven’t been living under a rock for the past year or two.

Long before it was revealed, teaser images, will- they-won’t-they speculation and leak after leak came out about the car.

Eventually, it was showcased at the start of 2019 – and to a mixed reception.

For doubters, there was one big fixation for the new Supra and this was its BMW connection. Here was the return of an icon that hadn’t seen action since 2002, the car that was meant to showcase the best that Toyota’s engineers can do – and yet, it was unashamedly German underneath.

Its styling may be incredibly Japanese but hop inside the cabin and you could be forgiven for thinking you’ve accidentally fallen into a 3 Series. BMW’s function over form but very well-put- together interior is here – and the connection goes well beyond that. 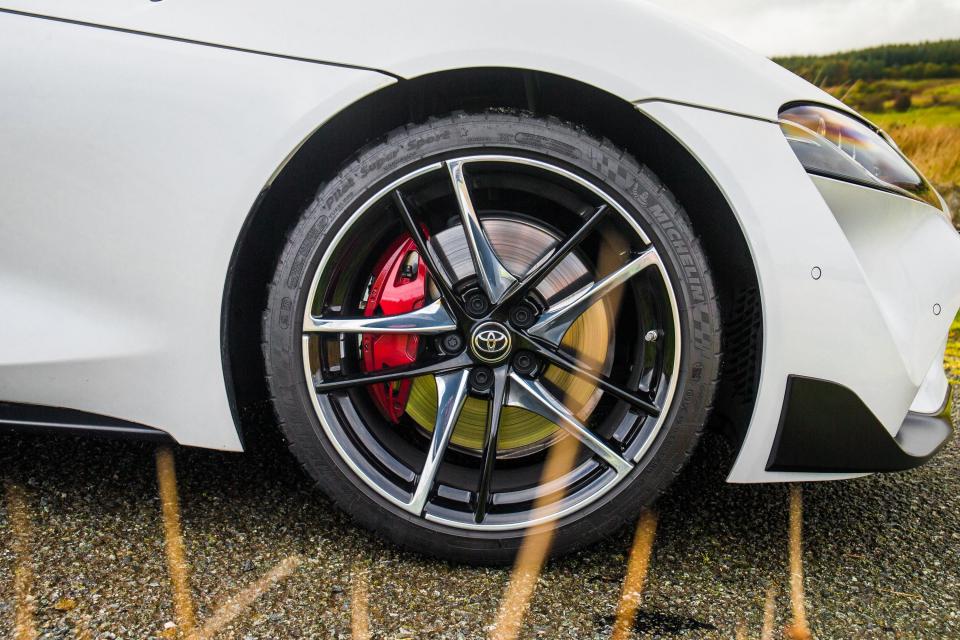 Sitting underneath that long bonnet is a 3.0-litre six-cylinder engine found in the German firm’s ‘40i’-denoted models. Its 335bhp is sent to the back through a BMW gearbox and managed by suspension components from them too. Oh, and those brakes stopping it are German as well.

The thing is, though, once you sink into its huggy half-bucket seat and fire it up, none of that matters. Its in-line engine lets out a growl the second you press the start button and its infotainment screen flashes up an animation to remind you that yes, this is a Toyota Supra. 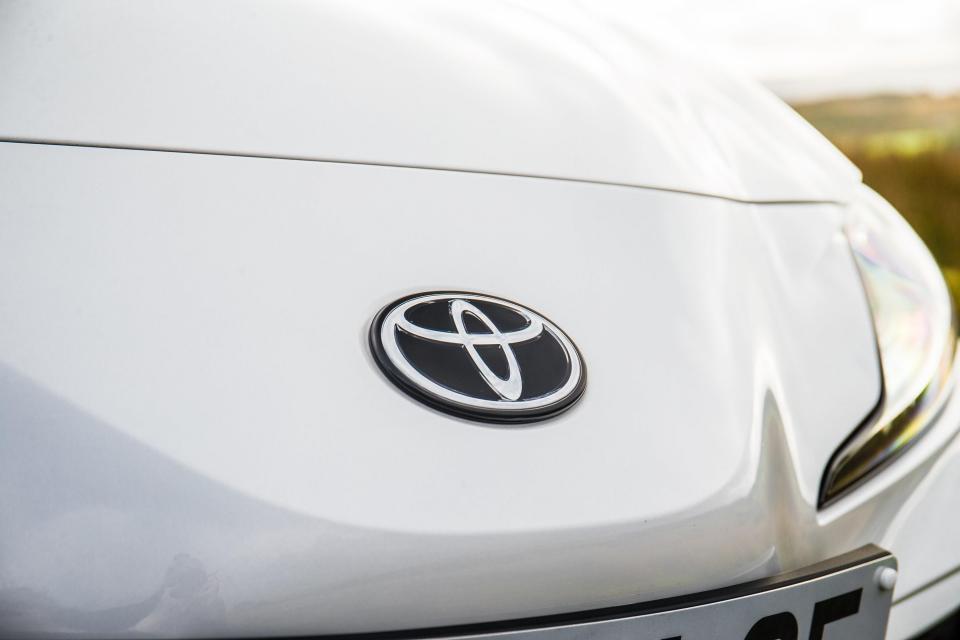 It feels ready to excite from the moment you turn the wheel – even if that’s just pulling out of a gravel car park buried off the side of a damp Welsh road. That’s due in part to the ‘golden ratio’ the car’s engineers will happily chat about in non-marketing speak, that’s referring to its almost-square-like wheelbase and track width, which results in an impressive level of agility.

Press on further, taking on said Welsh road, and that’s where the Supra really comes alive. Its silky engine sings through the revs, delivering power at a rate that’s by no means uncontrollable but will grab your stomach and catapult it into your spine. 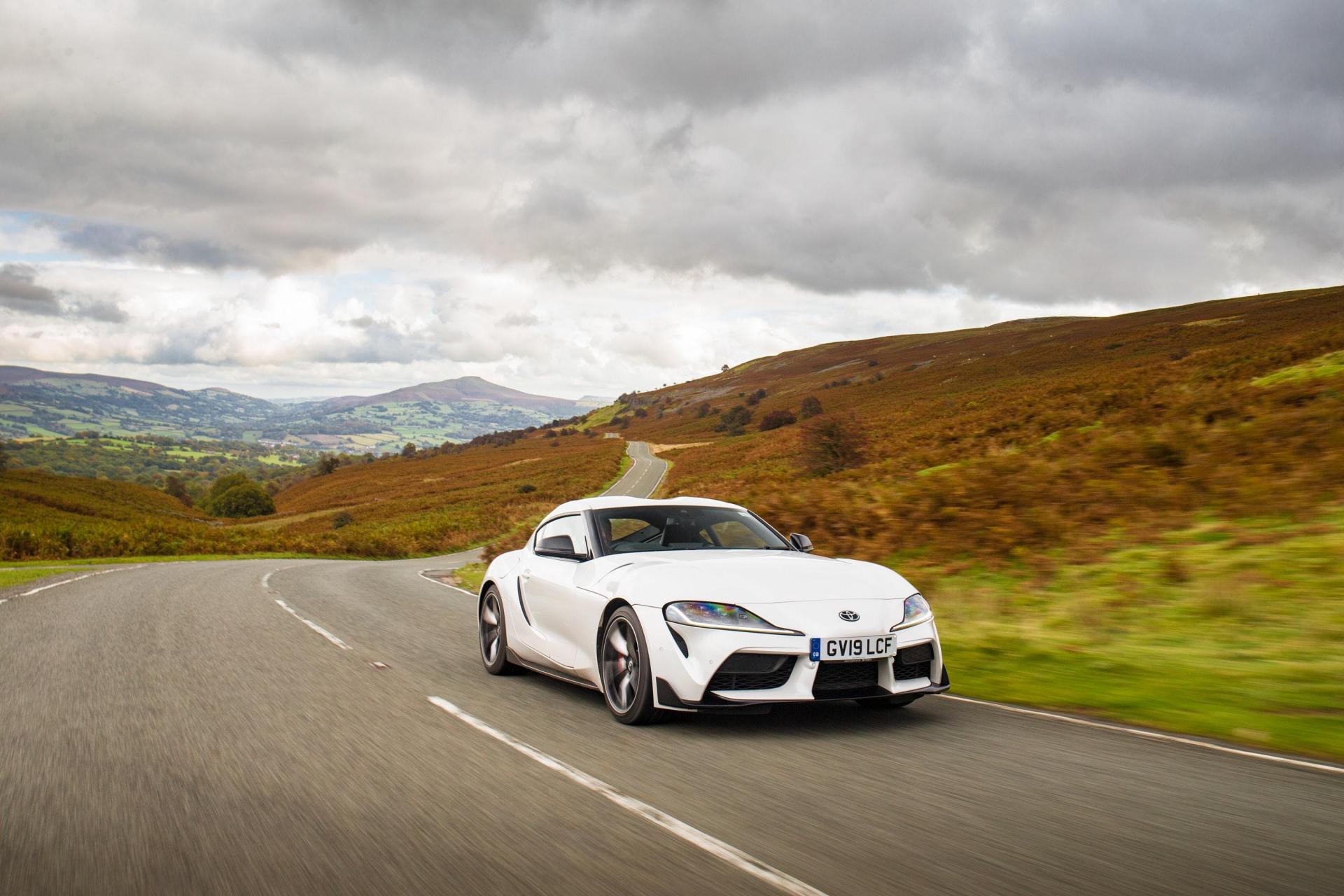 Each bump and lump in the road is impressively communicated through the chassis too, with imperfections felt at the tip of your fingers and underneath your backside. It’s hardly the most precise or delicate of cars through corners, but the sensation of its body leaning into curves running through to the driver makes it one of the most engaging cars you’ll find today.

A previous bit of experience on track finds this car is quite keen to get tail-happy if you try, although I wouldn’t recommend giving it a go on public roads if you like keeping your rear tyres – or your driving licence, for that matter. 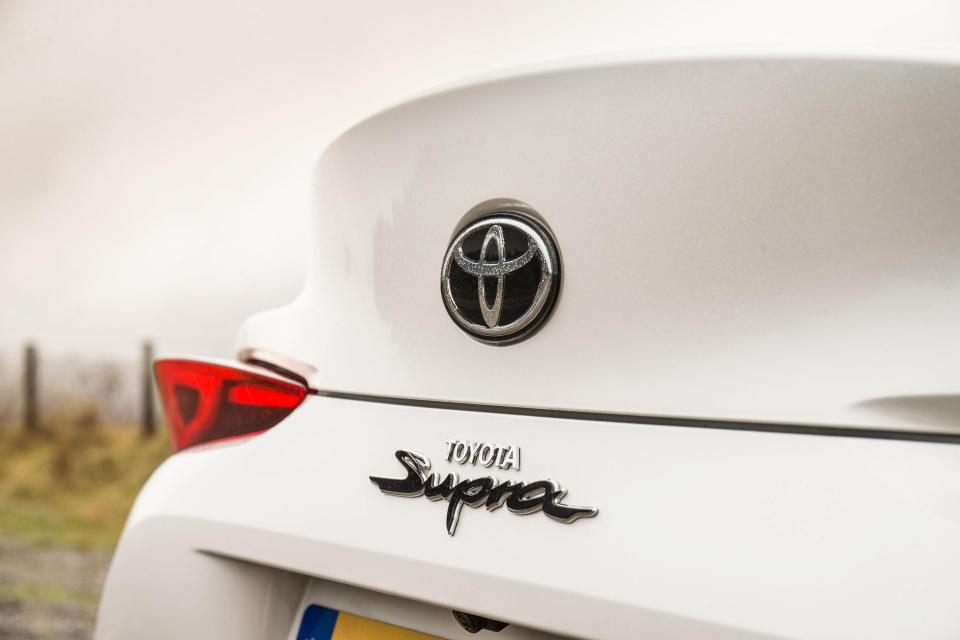 It’s not just the driving experience alone that makes the Toyota Supra stand out for me, though. When it comes to turning heads, it’s a seriously hard car to beat – even when there’s a bright-green McLaren 600LT around. Our trips into Brecon commonly resulted in a stranger or two looking around the Japanese-German car, and almost everyone who drove by us out in the country slowed down for a quick glance.

It was summed up nicely by passers-by (sans the thick Welsh accent) remarking: ‘It looks like a bloody spaceship, doesn’t it?’ 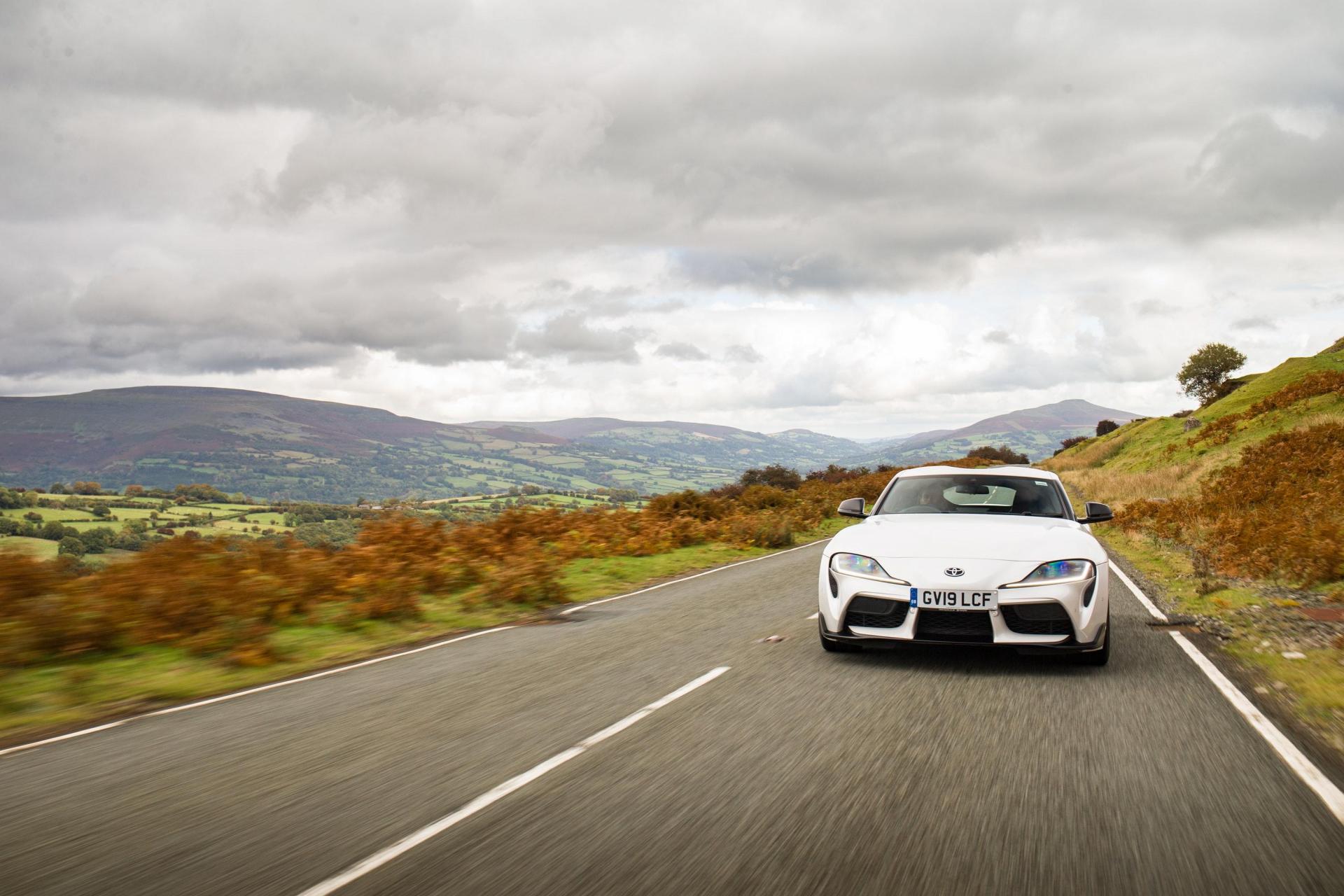 Which brings me back to the BMW connection. Yes, for the enthusiast this may not be a proper Toyota Supra – although really the old cars gained their reputation for their aftermarket capabilities rather than their factory-fresh performance – but your typical buyer isn’t going to care about any of that nonsense.

For them, this is going to be a talking point with strangers; something to attract the interest of both the car-loving nation and those who couldn’t tell a Ford Fiesta from a Hotpoint washing machine – and what will make them interesting at house parties, rather than discussing their job in digital marketing.

There may be a German soul at the heart of this reborn Japanese legend but it’s one that shines through into a sublime driving experience, and the Far Eastern country’s ability to produce some crazy-looking designs is evident here, too.

A great modern comeback? To me, that title can be firmly affixed to the new Toyota Supra. It remains to be seen, though, if the rest of the world will see such sense, too.