More than 370 migrants disembarked in Malta on Wednesday following Armed Forces of Malta rescue missions, in one of the busiest days for migrant arrivals in recent history.

AFM personnel carried out three rescue missions beginning very early in the morning, as they scrambled to ensure people did not die at sea.

The first of the missions happened during the night when the AFM rescued 63 migrants who were in distress aboard a drifting rubber dinghy.

The boat was within the Maltese Search and Rescue Zone. The men, women and children on board were transferred to the AFM vessel, to be brought to Malta.

A short while later, AFM operators received word of a second group of more than 200 people in distress at sea and went to their rescue.

AFM personnel took 61 of those people in distress, placed them aboard the first rescue vessel and brought them to Malta.

The rest of the rescued people, 147 of them, were picked up later in the morning and reached Malta at around 10.30am.

Read: Lawyers accuse EU of 'crimes against humanity' in submission to ICC

An AFM spokesperson later said that a further 99 people had been rescued at sea and were being brought to Malta. They disembarked in the afternoon.

Confirmation of that mission - the third in 12 hours -  came a few hours after a sea alert NGO warned that 75 people were stranded inside Malta's Search and Rescue zone.

The AFM spokesperson could not confirm that the 99 rescued by the AFM were one and the same as the 75 reported stranded by NGO Alarm Phone.

Sources told Times of Malta that AFM rescue forces were rushed off their feet, with "several" vessels in Malta's SAR zone.

In the early morning the Alarmphone was in contact with a boat with 75ppl in the SAR zone of #Malta. Now the boat is not reachable anymore. Since hours MRCC Malta refuses info if they spotted the boat and finally started the rescue operation. pic.twitter.com/B8erZQbQGi

With 370 men, women and children rescued, Wednesday was among the busiest days for AFM sea rescue personnel in recent history.

Wednesday's cohort of 370 people rescued at sea is the largest to have entered Malta since at least January 2018, and more than were brought to Malta while crossing the Mediterranean by boat in 2015, 2016 and 2017 combined, according to data published by UN refugee agency UNHCR.

The most recent large-scale disembarkation of rescued migrants dates back to the turn of the year: late in December, the AFM rescued 249 people in two rescue missions.

A UNHCR spokesperson commended the AFM and Maltese government for having rescued the stranded people.

"We would like to reiterate that Libya remains an unsafe place for returns," they said.

In the evening, the NGO Sea-Watch said that up to 80 people were stuck in 'Maltese waters' in an "unseaworthy rubber boat.

"We urge Armed Forces of Malta to uphold its responsibility, and to not coordinate an illegal refoulement but instead see the rescue through to its legally required end: a port of safety in Malta," the NGO wrote.

A spokeswoman for the Armed Forces of Malta said the AFM was constantly monitoring the area but not coordinating any operation. 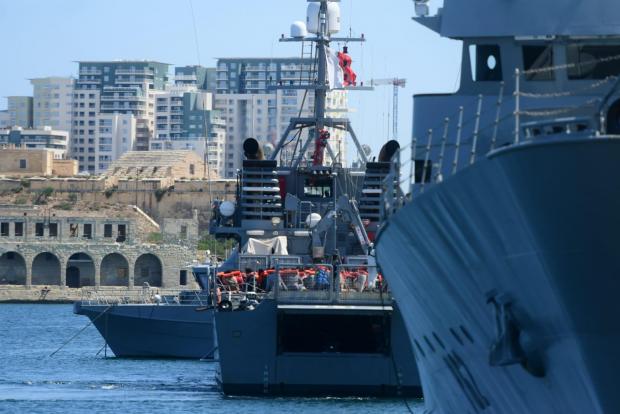 The migrants were brought in to Haywharf on Wednesday morning. Photo: Jonathan Borg 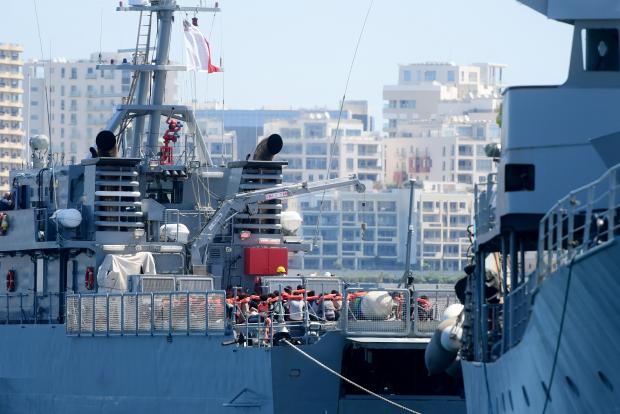