Some of Malta’s best architectural firms, architects and civil engineers and interior designers were recognised for the way they skilfully designed and carried out architectural and design projects over the past year.

They were honoured at the Malta Architecture and Spatial Planning Awards 2019, organised by the Planning Authority under the patronage of President George Vella last Saturday.

Architectural firm Model won the Restoration and Conservation award. Their project comprised the sensitive restoration of a townhouse in Sliema built during the first half of the 20th century in the art nouveau style. 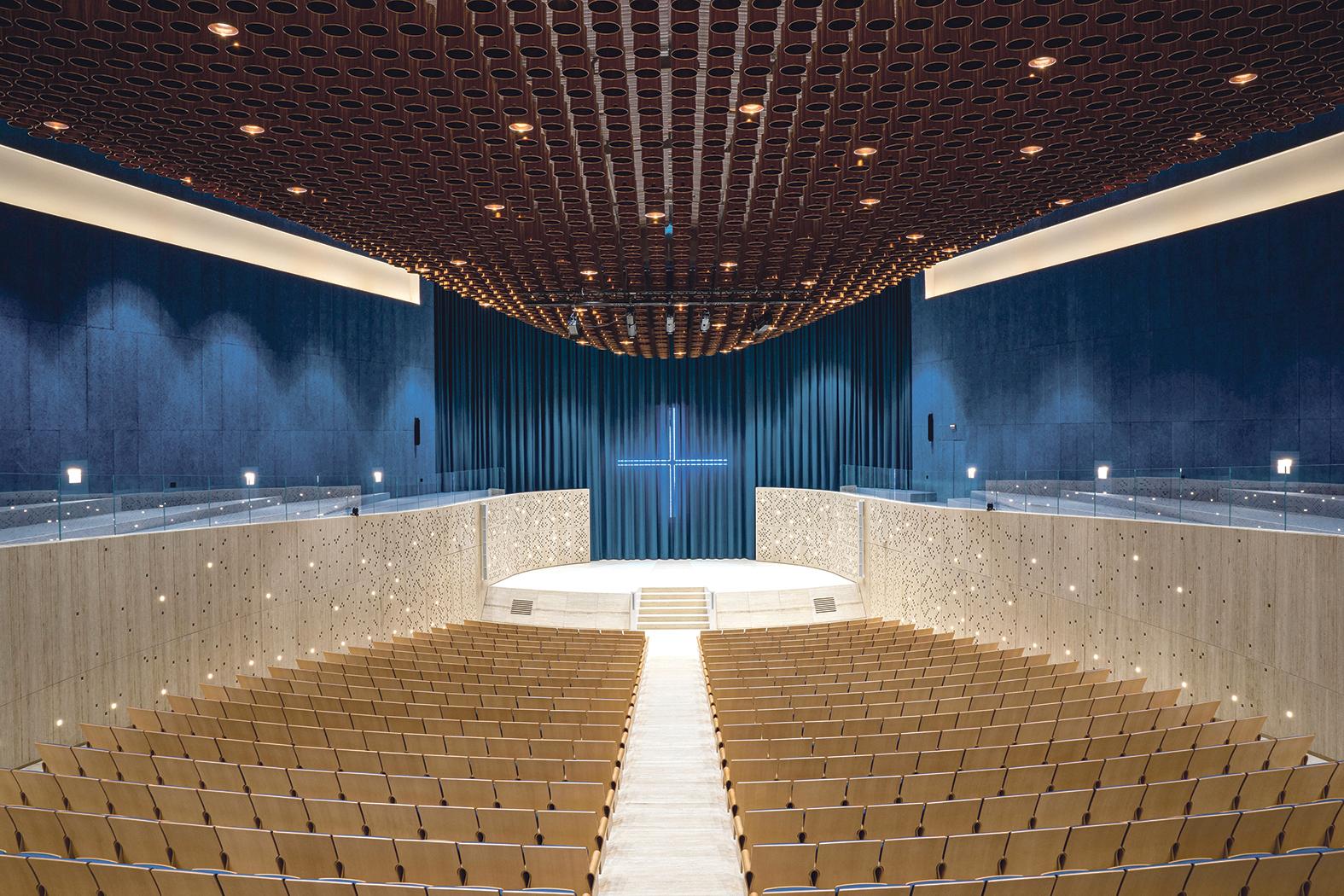 While intervening in a minimalist manner, the firm gave special attention to the catchment of natural light through a central skylight and skilful use of compatible materials.

Two commendations were also awarded. One was given to Edwin Mintoff for the restoration and rehabilitation of the British-period building in Dock Number 1 in Cospicua and another to architects and civil engineers Kenneth Zammit Endrich and Samuel Cassar for the preservation and conversion of a traditional house in Rabat into a restaurant.

The Urban Design Award was won by architectural firm Studjurban for a mixed-use development combining residential units and a child-care facility at ground floor level in Mosta. The project was awarded for its exploitation of a prominent corner location and its valiant effort to provide an alternative typology for medium-rise housing projects. 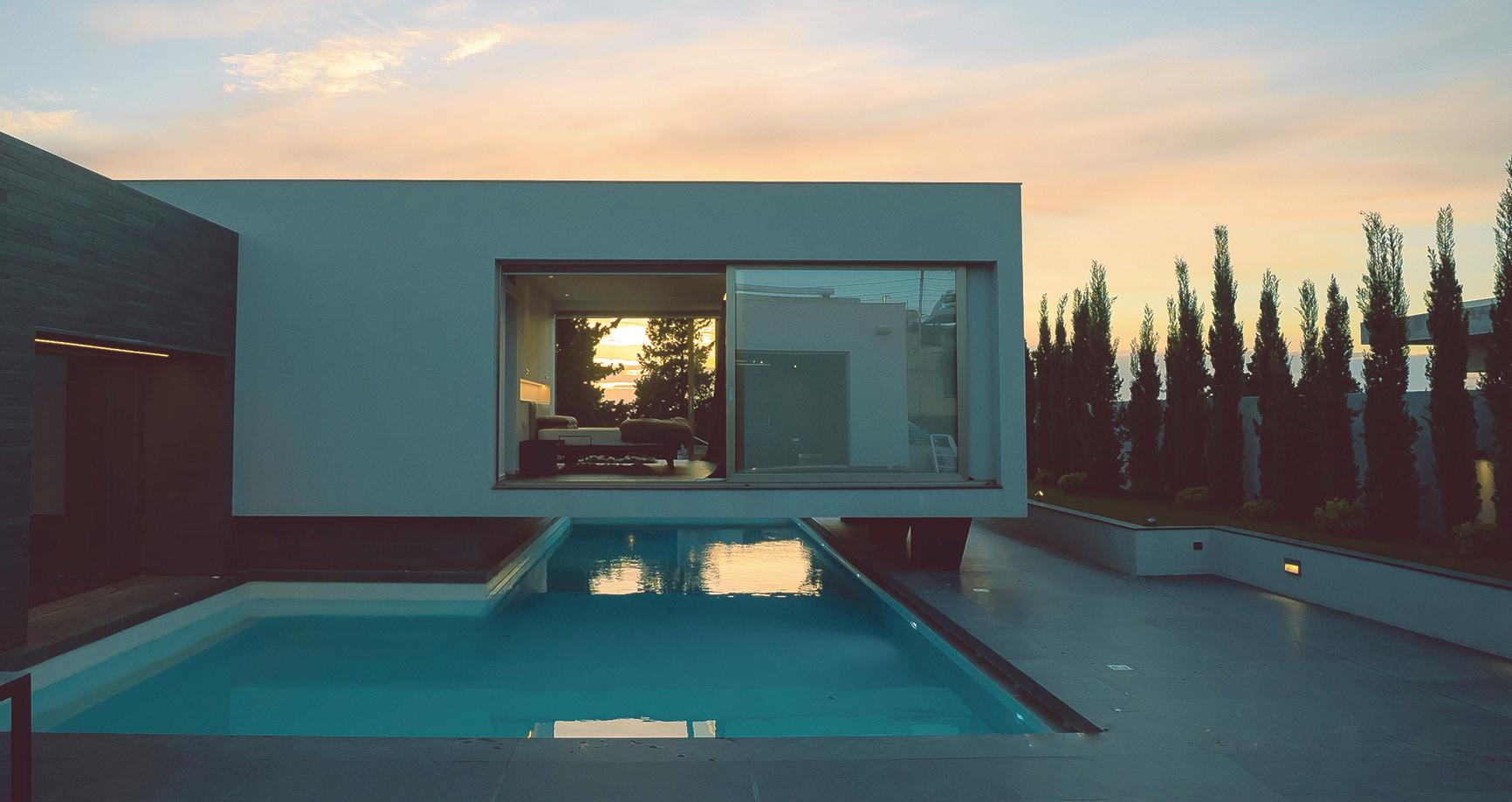 A single-family villa in Birguma by Forward Architects

Ġnien Laparelli in Valletta won the Public Open Spaces Award. Designed by the Grand Harbour Regeneration Corporation (GHRC) in collaboration with the Restoration Directorate, the project successfully resolved the challenge of landscaping the ditch below the entrance to the capital city. It was noted that the project managed to achieve the right balance between hard and soft landscaping in a dynamic manner that respects the imposing mass of the fortifications that enclose the ditch.

Architect and civil engineer Christopher Mintoff received a commendation for the design and implementation of the Paola Regeneration Project.

Architectural firm Bezzina & Cole were named winners of the Commercial Buildings Award for their landmark building project in Ħal Far. The Crane Currency (Malta) building has a distinctive circular entrance which extends into a linear form. According to the adjudicating panel, the printing press goes well beyond strictly functional requirements and produces a distinctive building that stands out from the surrounding factories.

The Interior Architecture Award for Residential Projects was won by architectural firm Forward Architects. Their design of the single-family villa in Birguma was considered a sophisticated one, demonstrating a coherent and sustained philosophy where the attributes of natural light, material tectonics and synergy of various architectural elements are celebrated. 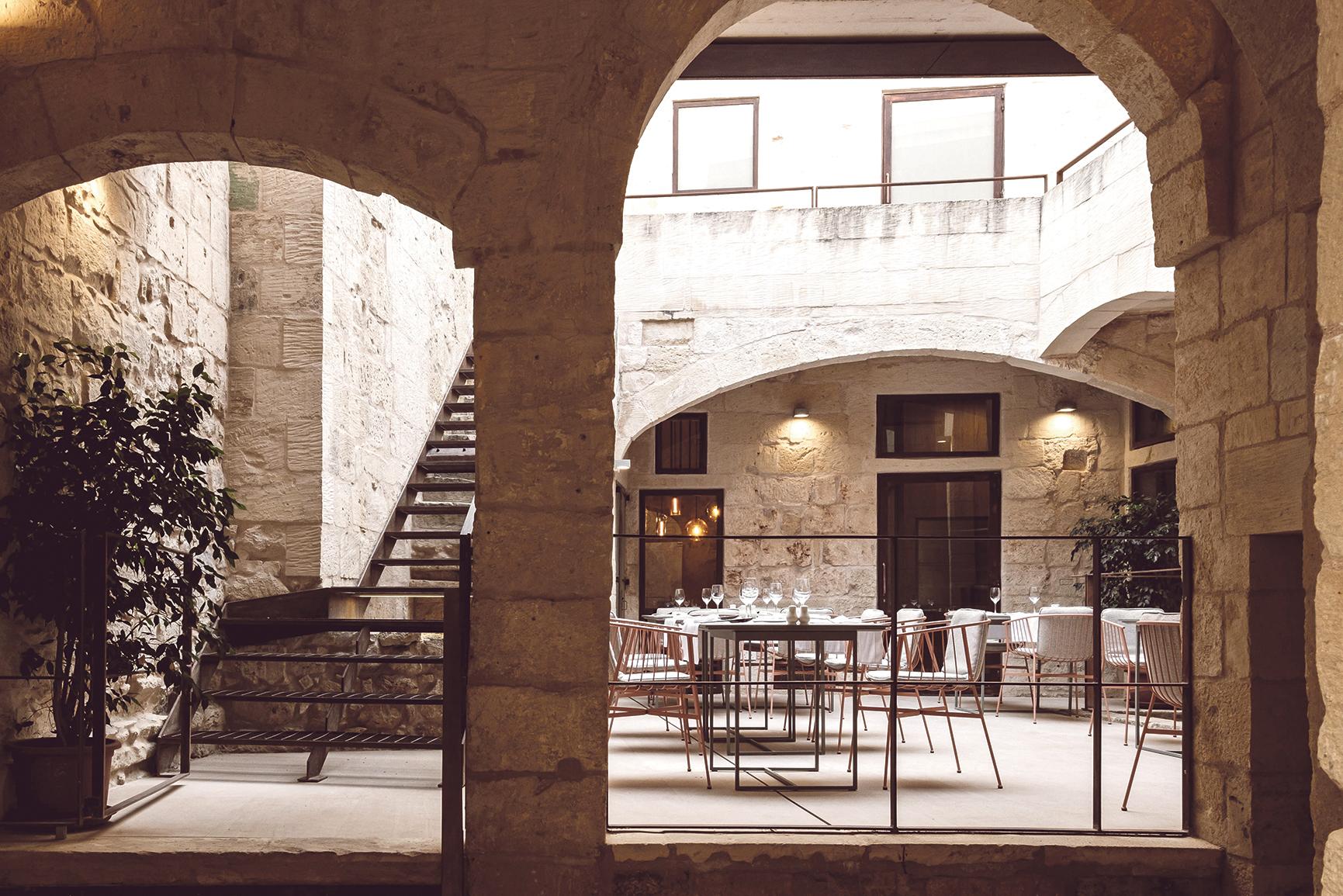 A commendation was awarded to Studio Nomad for the conversion of a small compact residence, House 17, in Hilda Tabone Street, Vittoriosa.

Architects and civil engineer Kenneth Zammit Endrich and Samuel Cassar were also the winners of the Interior Architecture Award for Commercial Projects for the interior design of Vinaccia Restaurant in Rabat. While the project celebrates the authenticity and historical memory of an old building, the architects worked with corten-steel material to create a dynamic synergy between the new and the old fabric.

Two commendations were awarded in this category: architect and civil engineer Chris Briffa for his eloquent and sophisticated design for the Rolex Boutique in Valletta and Edwin Mintoff for the interventions within the British-period buildings along Dock No. 1 as the American University of Malta.

The Cospicua Social Regeneration Project designed by X,Y,Z Architects and Design was the winner of the Urban Planning Concept Award. The housing project was honoured for its sensitive approach to achieving a balance between conservation and rehabilitation objectives and the need to provide an attractive living environment for housing local residents.

Ir-Rotta – The Alternative Grid by architect and civil engineer Daniel Scerri and ‘A Garden in the City’ by Studjurban received a commendation.

The Award for Hospitality Tourism Accommodation and Leisure was won by Forward Architects for the design of Rosselli hotel in Valletta. The project was awarded for its design excellence, highlighting the creative and sophisticated interior spaces, rehabilitation and reuse of a palatial building in Valletta. 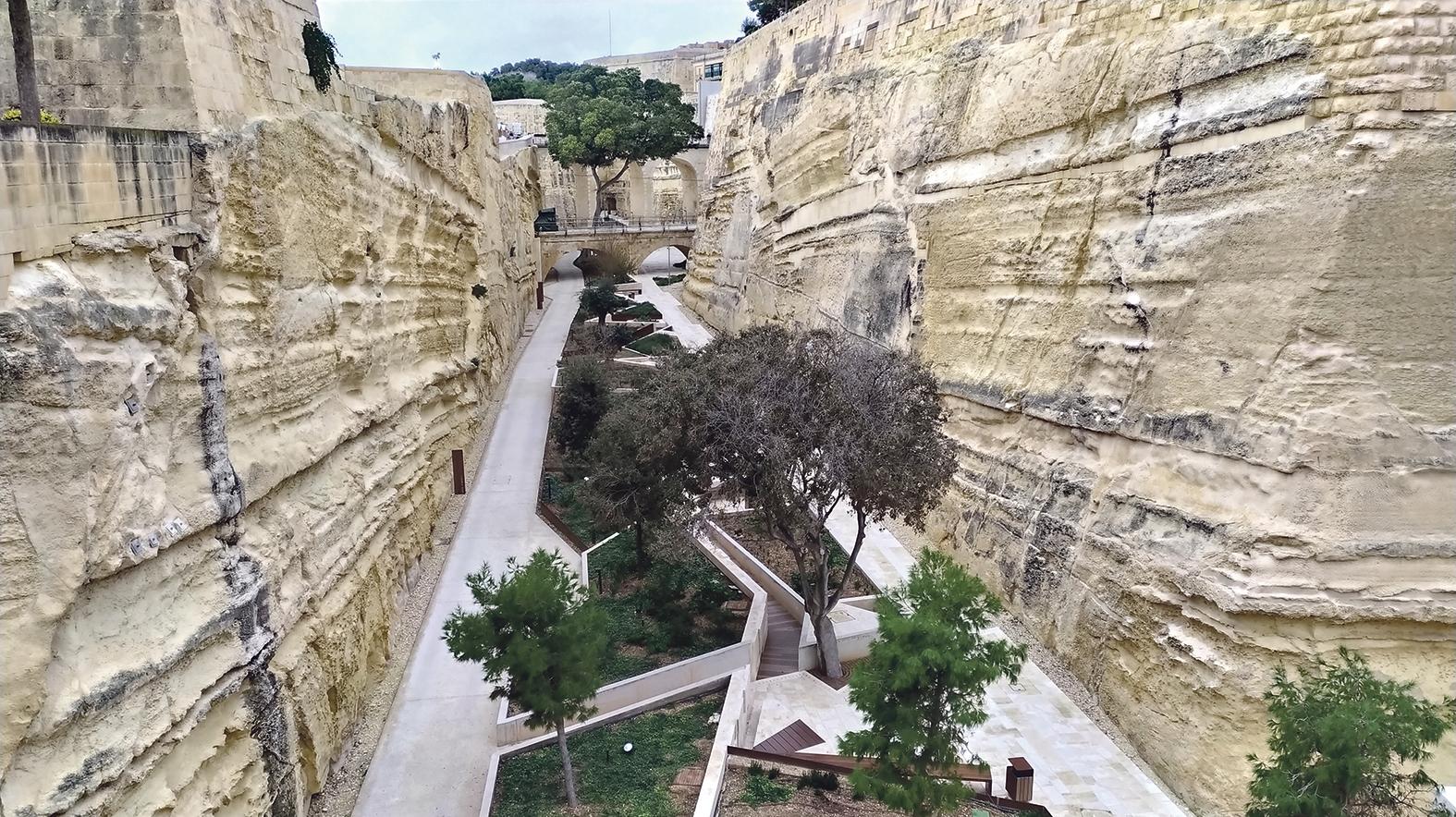 Ġnien Laparelli in Valletta, designed by the Grand Harbour Regeneration Corporation (GHRC) in collaboration with the Restoration Directorate.

Architect and civil engineer Christopher Mintoff, who is behind the Holm Hotel and Spa project in St Julian’s, and Mizzi Studio, which designed the Serpentine Coffee House in Hyde Park, London, were each given a commendation for their respective projects.

Architectural firm Model won the Sustainability Award for the conversion of a townhouse in Sliema.

The architects introduced design features that are intended to maximise natural light, ventilation and harvesting of rainwater.

The Emerging Architects Award was won by architectural firm Atelier Maison for their design of The Sacred auditorium in Blata l-Bajda. The public space was deemed to be  highly creative and attractive and consistent with a holistic design philosophy. 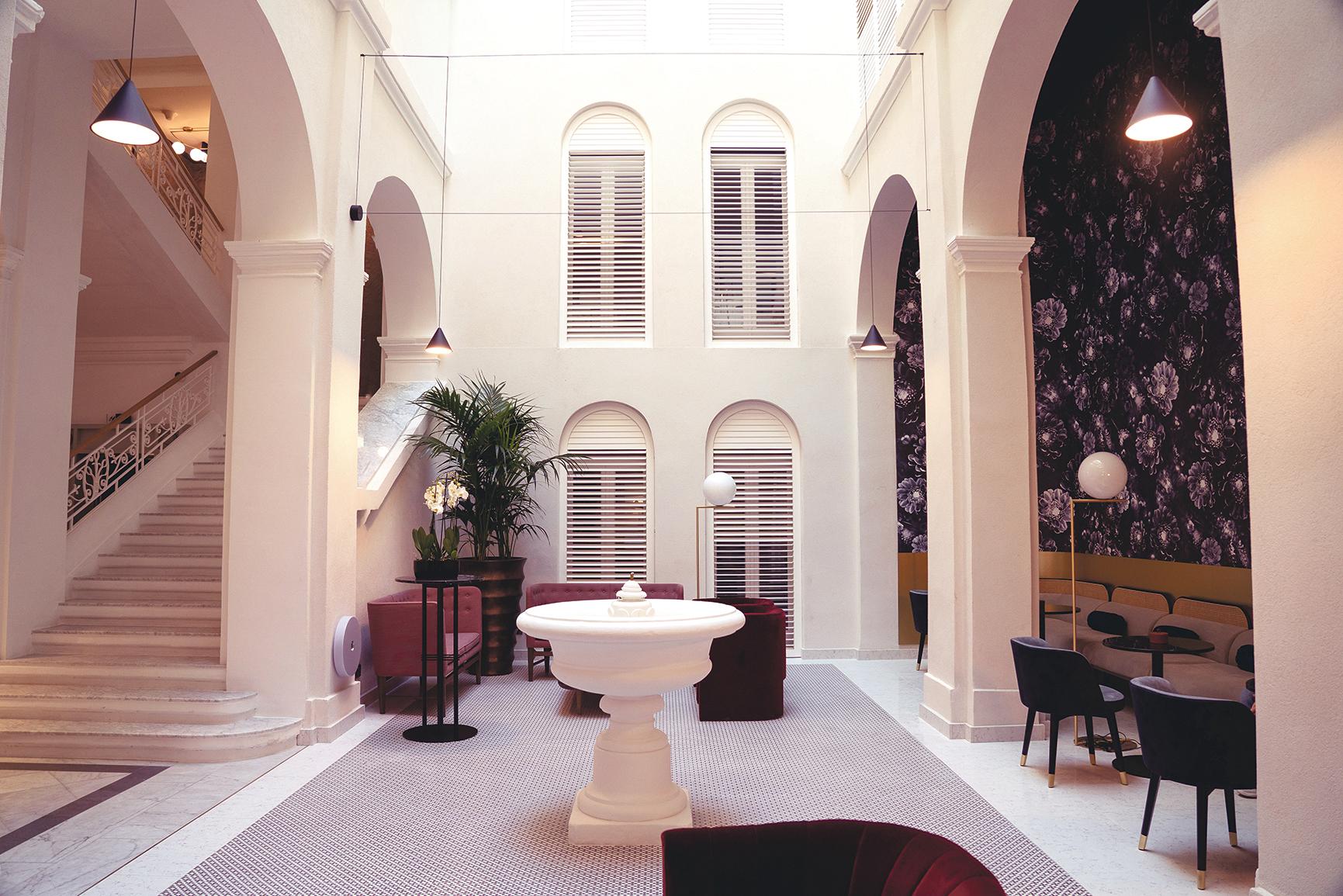 The President’s Award for outstanding achievement for services related to architecture and spatial planning was won by architect and civil engineer Godwin Cassar.

He spearheaded the formulation of a comprehensive structure plan for the Maltese islands, local plans and several urban development and regeneration briefs. 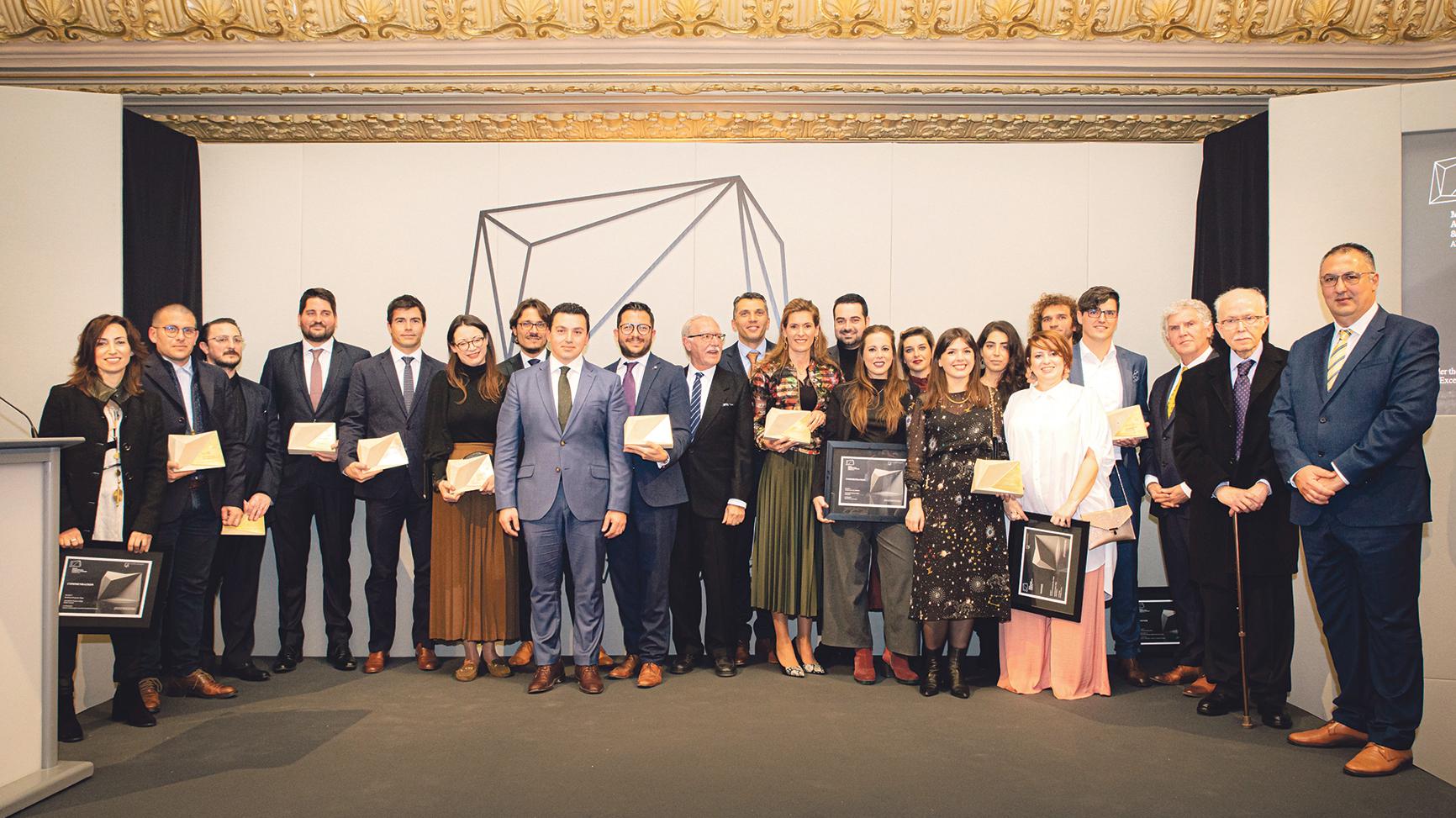 The winners of the Malta Architecture and Spatial Planning Awards 2019