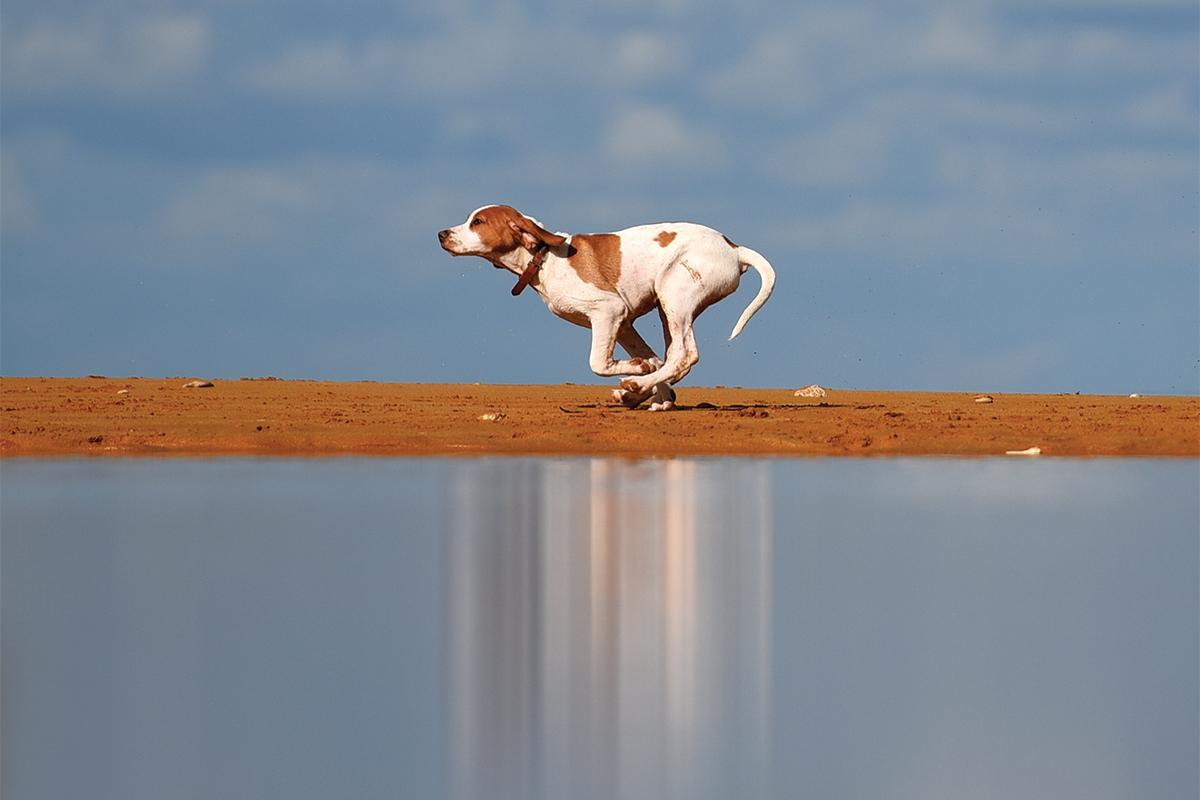 A dog runs free at Ramla l-ħamra. What lifts this image from the ordinary is the minimal composition and the shimmer caused by the dog’s reflection on the water. This image was shot on December 4, 2020. Photo: Chris Sant Fournier 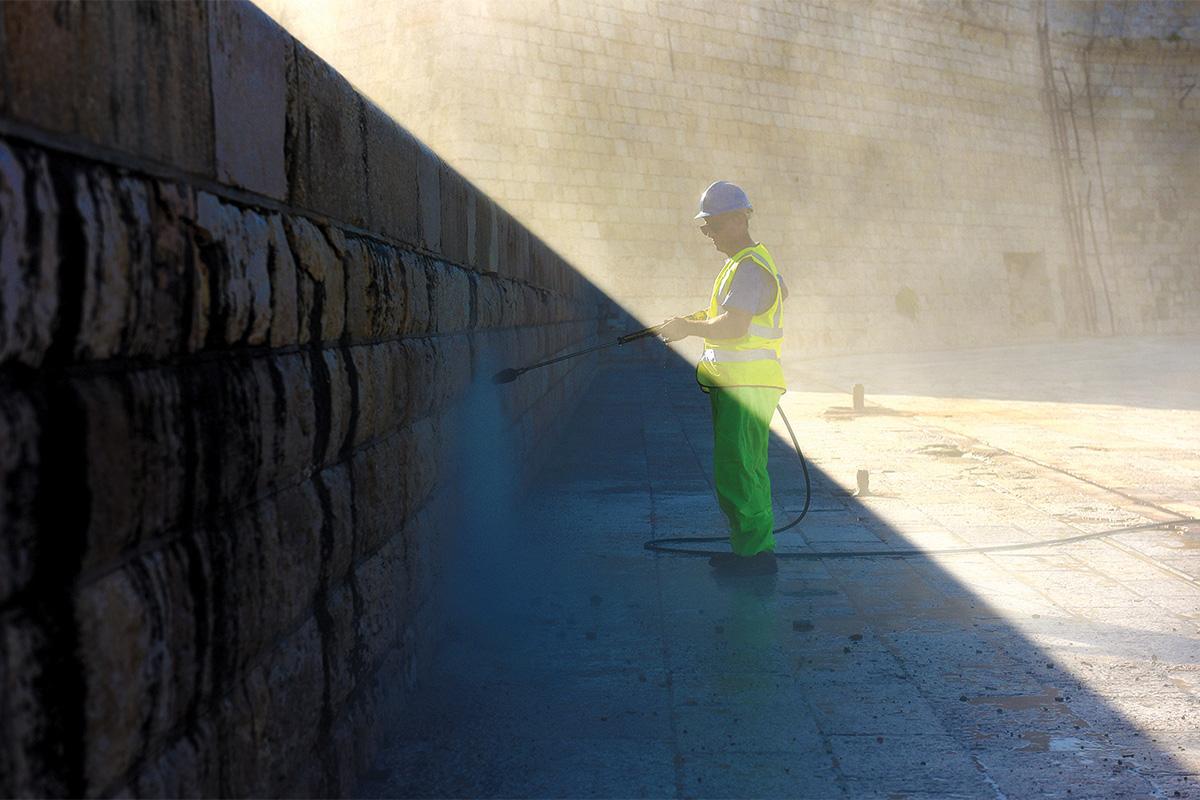 A man water blasts the Ricasoli break water. I like this image because of the extraordinary light effect caused by the sun and shade on the mist, creating an interesting diagonal. This image was shot on September 29, 2020. Photo: Chris Sant Fournier 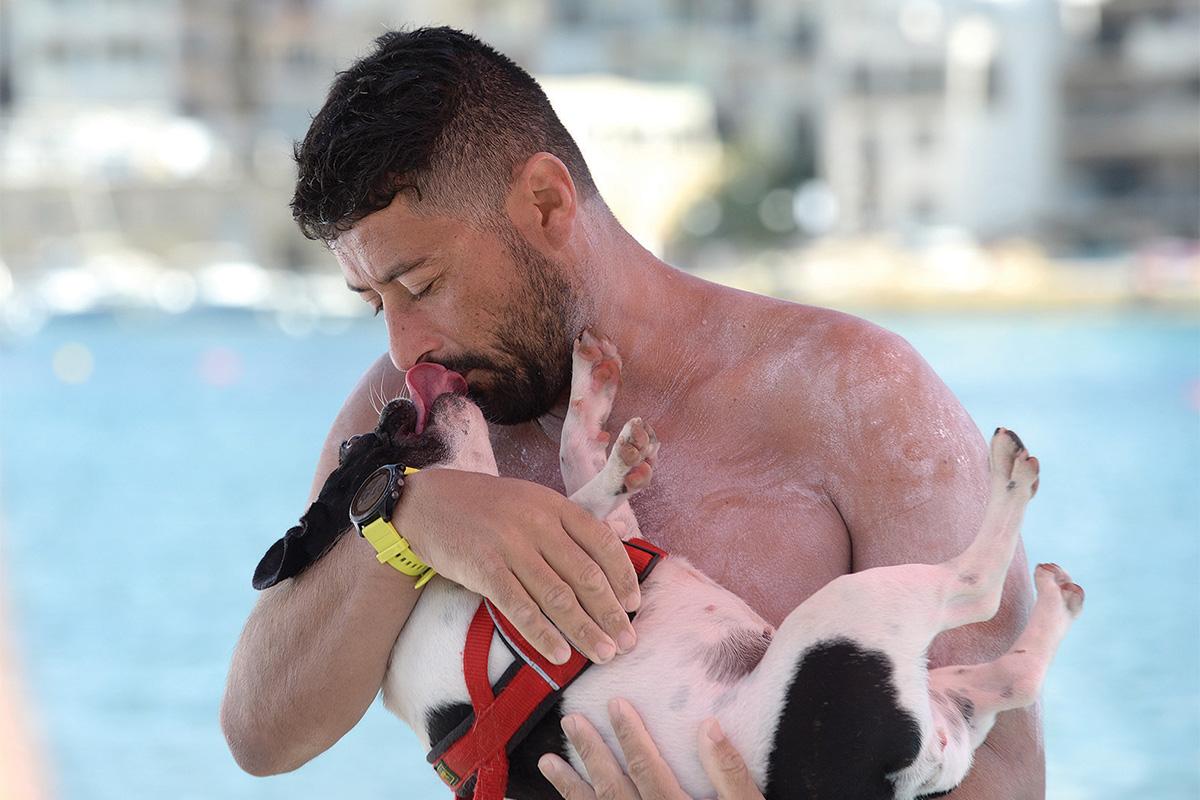 Neil Agius and his dog, Goose, after swimming 100km from Sicily to Malta. The 34-year-old became the second person ever to complete the epic swim. He broke the record by finishing 28 hours and seven minutes after setting off from Sicily. Photo: Matthew Mirabelli 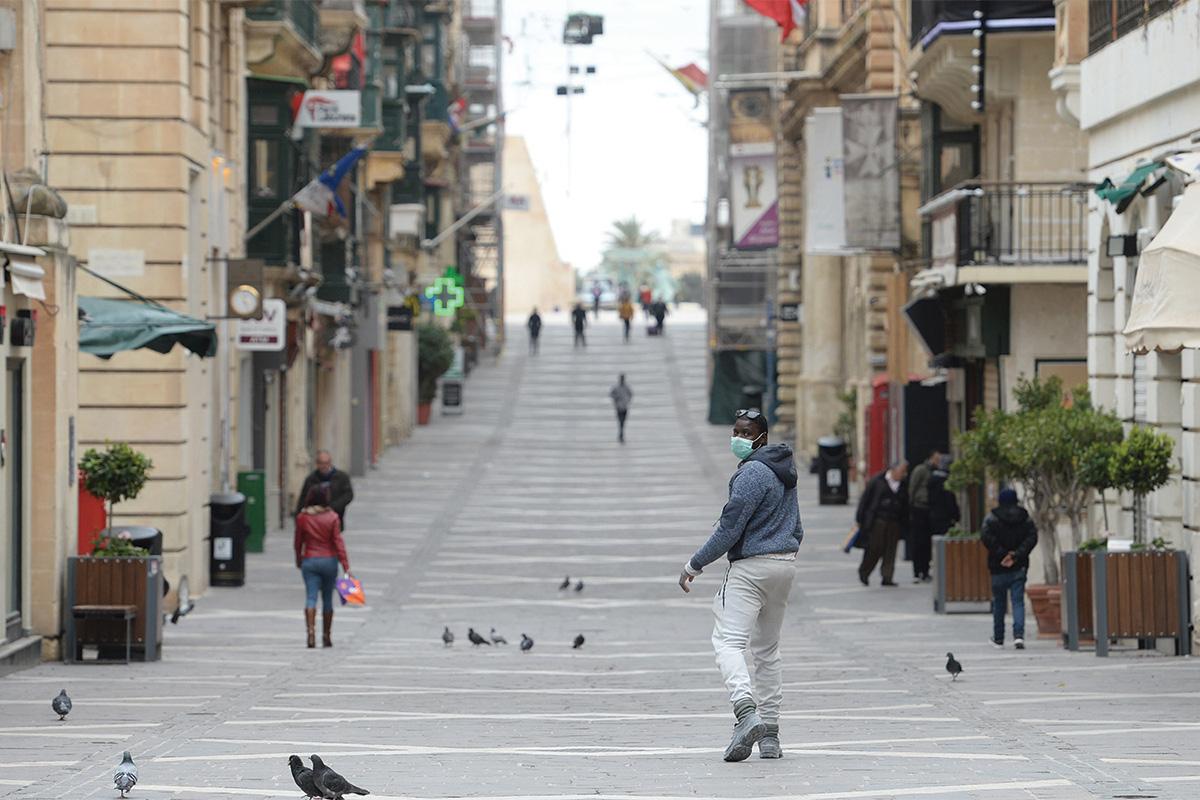 It was always quite surreal heading to Valletta during the first few weeks of the COVID-19 outbreak to witness streets that are normally so packed and lively being totally deserted and isolated with just a few people wondering about. I would head there nearly on a daily basis to try to get different shots and, each day, you would encounter something different. Photo: Matthew Mirabelli 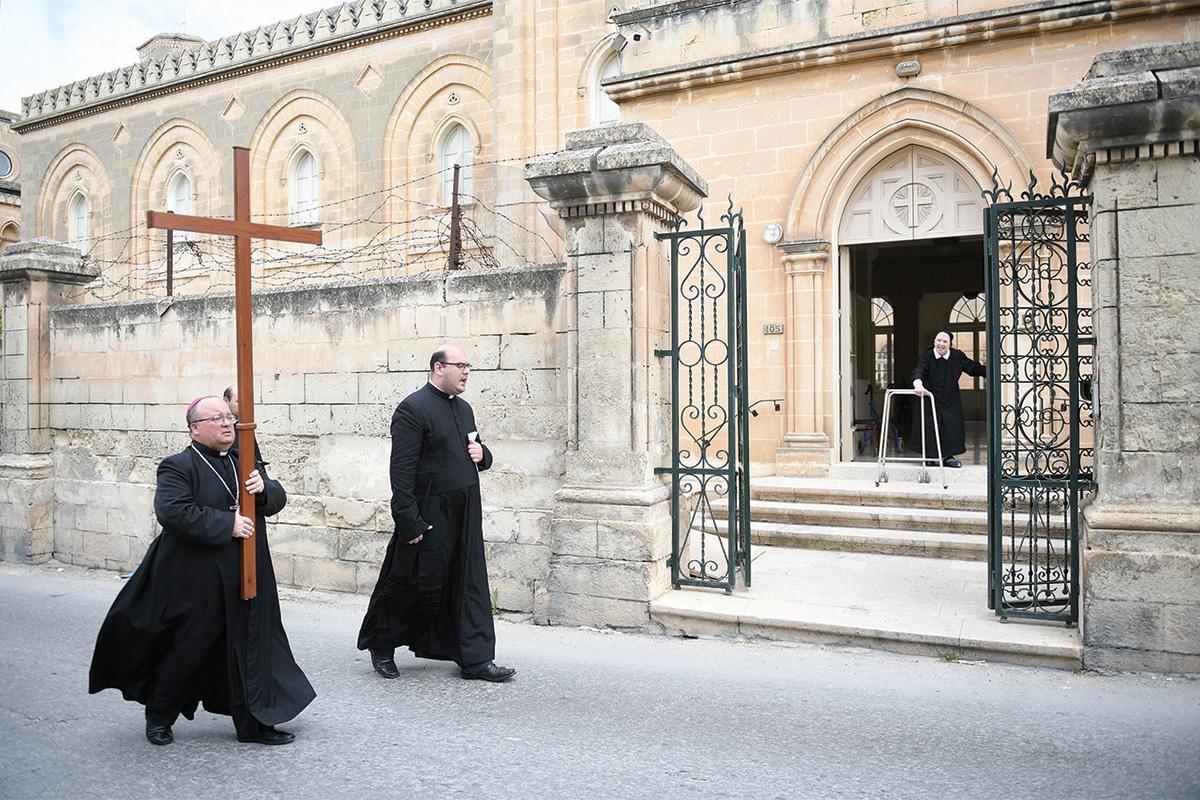 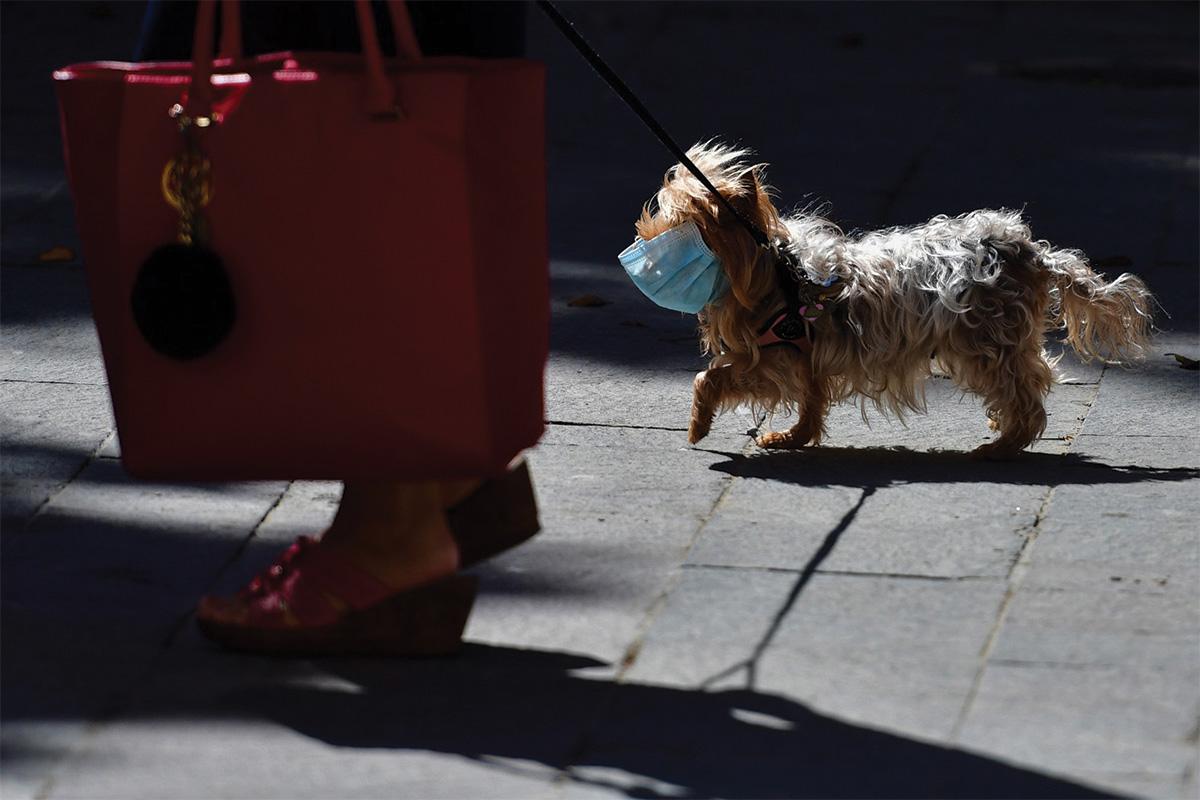 I took this photo the day the government announced mask-wearing would be mandatory. I spotted the small dog with its face covered. Indeed, it was a hilarious moment during such dark times. Photo: Jonathan Borg 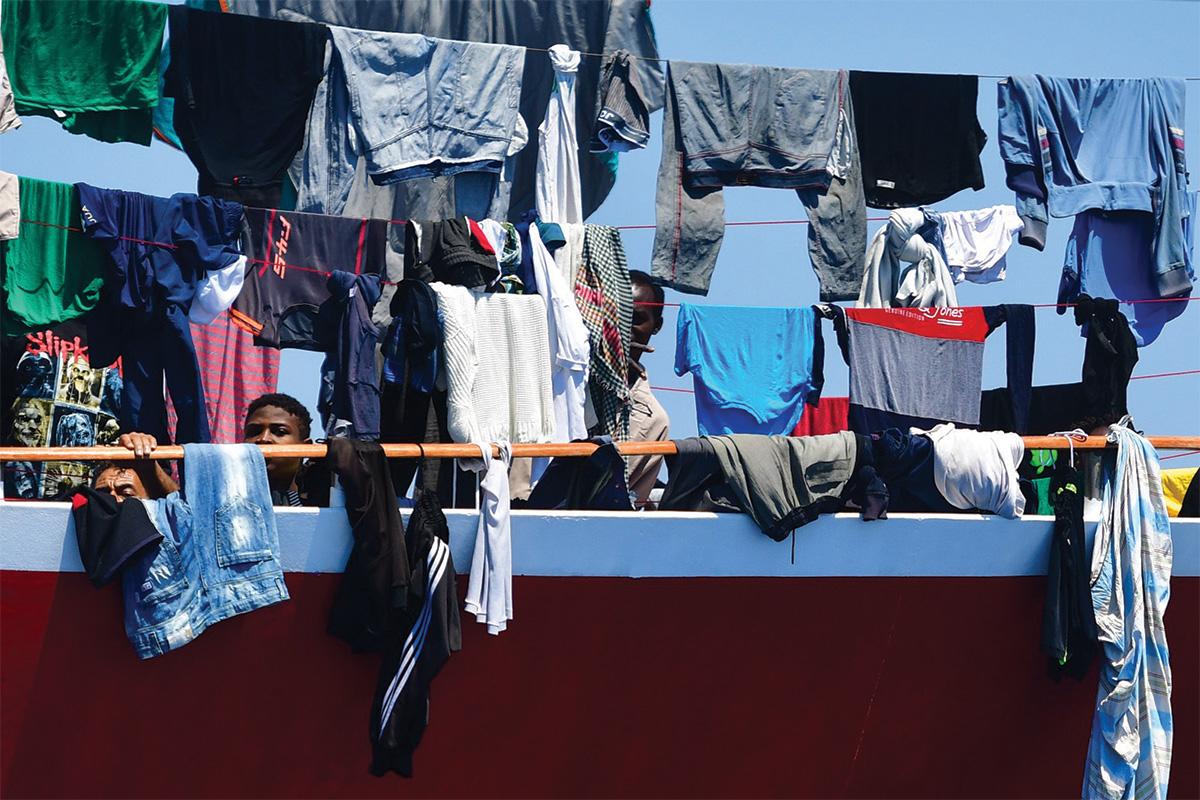 We went out some 20 kilometres from Malta’s shores with a dinghy and slowly approached this boat packed with rescued migrants. As we arrived near the vessel, the migrants started shouting and making peace signs. Photo: Jonathan Borg 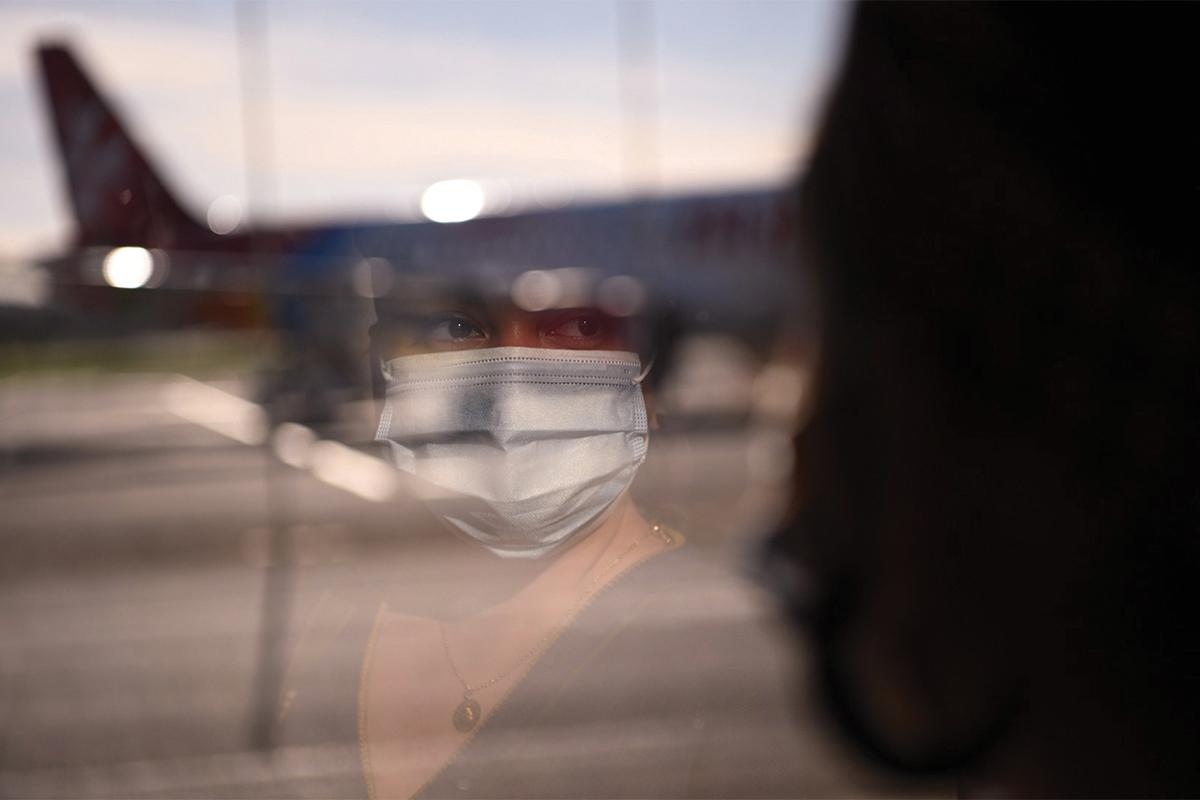 During a press conference at Malta International Airport, I had taken headshots of the speakers and was ready to leave. However, I wanted something different so I managed to capture a woman looking out at a plane. The sun setting made it ideal for a proper reflection onto the glass. Photo: Mark Zammit Cordina 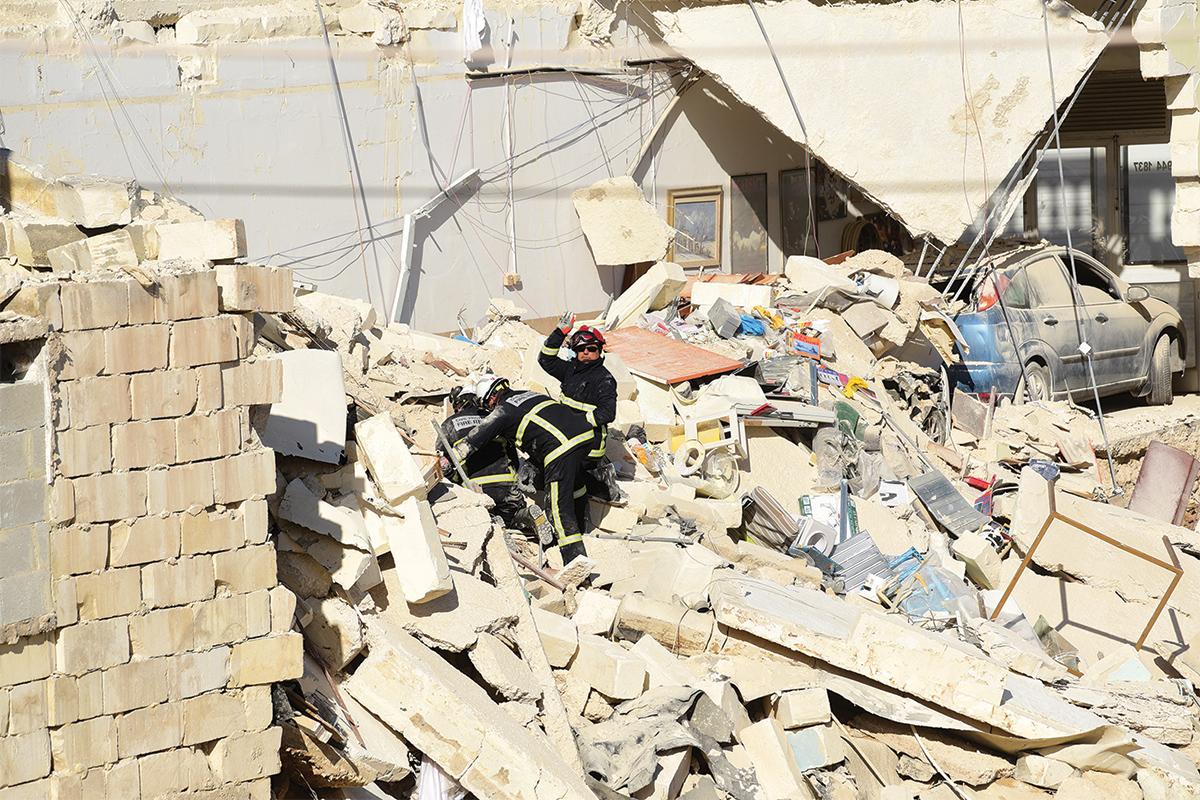 On March 2, I was in the office when I got a telephone call that a building had collapsed. I immediately rushed to the scene and managed to get on to the roof of a nearby building. Photo: Mark Zammit Cordina 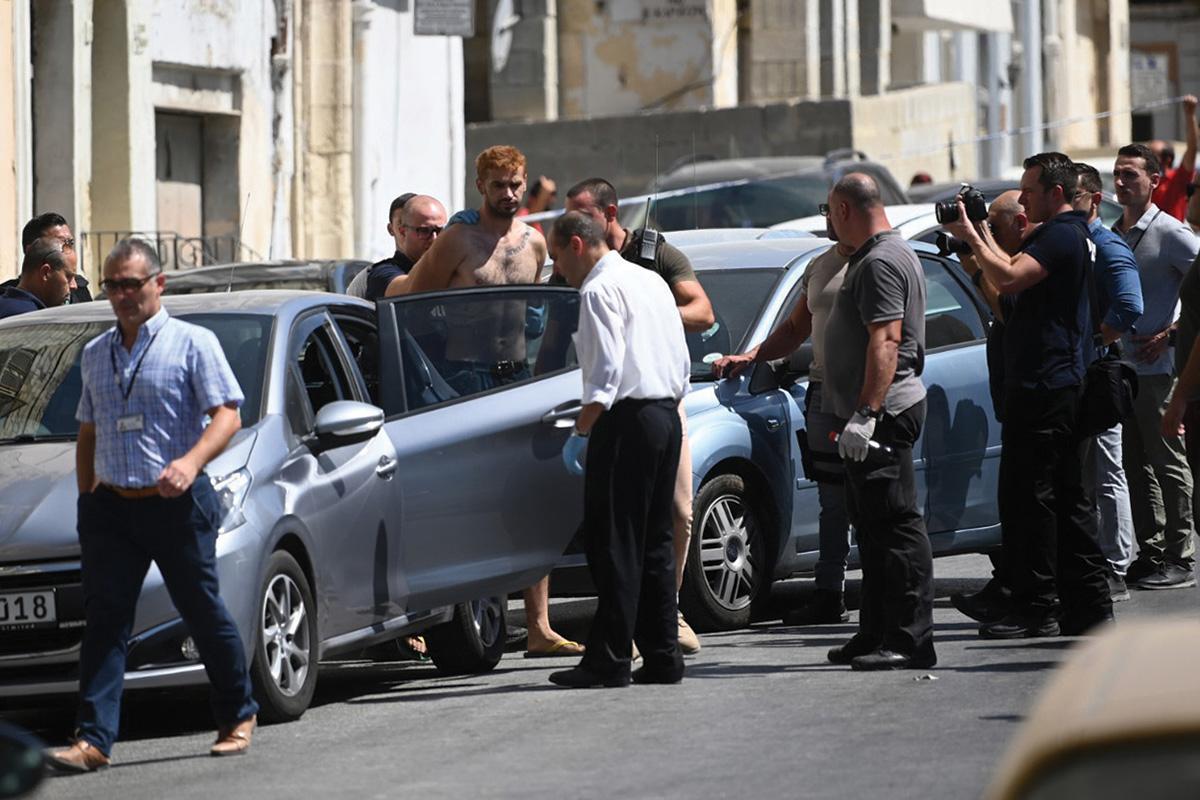 I was one of the first photographers to arrive on the scene. We knew the Sliema double murder suspect was inside so it was all about patience and precision... a split of a second and I would have missed the shot. Photo: Mark Zammit Cordina