Few will have been sad to see the back of 2020. After an unpredictable, unimaginable, unforgettable year, dare we hope that better lies ahead over the next 12 months? Predicting the future is always risky, but Giulia Magri encouraged eight experts on a range of subjects to have a go. 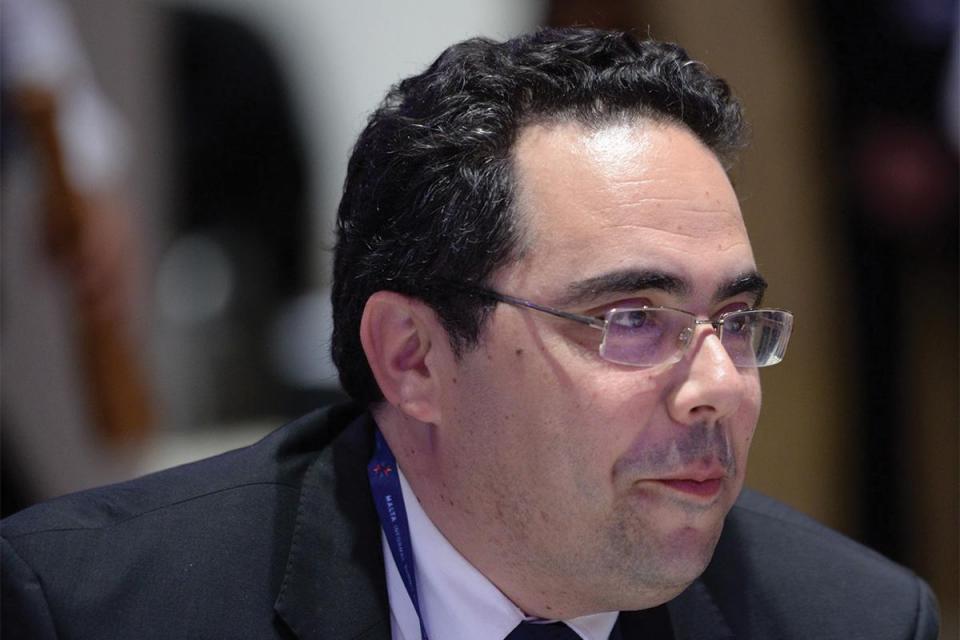 Now is possibly the worst time to make predictions regarding COVID-19.  The reason is because this time of year is when most people traditionally come together and therefore the period in which most people will find it difficult not to meet up.

Christmas gatherings are likely to have involved older people, and mixing of households will ultimately lead to a higher stock of cases in the country, which will eventually make its way into elderly households.

The European Centre for Disease Control predicts a rise in cases in early January.

Gatherings that have taken place will lead to a disruption of the stability of the incidence rates we have observed in the last two months. The percentage of positive tests was consistent at three to four per cent and the Rt remained stable at around one. One hopes that we do at least maintain our current level.

A higher incidence rate would definitely be associated with a higher mortality rate.  We have observed locally that a rise in incidence is typically accompanied by a rise in hospitalisation one to two weeks later.  Deaths typically rise around two weeks after a peak and may drag on for several weeks.

Mortality is of a particular concern for Malta as the frail have been well- protected in the first wave and are therefore still susceptible to infection.

Had it not been for the vaccine, one would expect further peaks, especially since it has been repeatedly shown that natural immunity following infection wanes over two to three months and that herd immunity is unlikely to be achieved through natural infection only.

While variants occur all the time, those observed in the UK and in South Africa have the potential to provoke another international epidemic wave, particularly since we are aware that their innate infectivity is higher than that of the older strains of COVID-19 and the spread of which may have been facilitated by Christmas travel.

The vaccines hold a lot of promise.  We are now aware that the licensed vaccine has been shown to be effective against severe disease and death.  Vaccination, in combination with current public health measures such as mask wearing, social distancing and hand hygiene, is likely to reduce spread within our community.  Needless to say, this would be more effective the higher the proportion of the population that actually gets vaccinated.

Since we are dependent on tourism, the uptake of vaccination in other countries is also particularly relevant for Malta.  WHO estimated that it may take up to the end of 2022 for all countries to get access to enough vaccines.

So, while this may sound like a disappointment, alas it is quite difficult to predict either what we expect to get in the short-term, or the speed of recovery now that vaccination has been started.  What drives both, nonetheless, are still the usual brass tacks:  the adherence to public health advice and the uptake of COVID-19 vaccination. 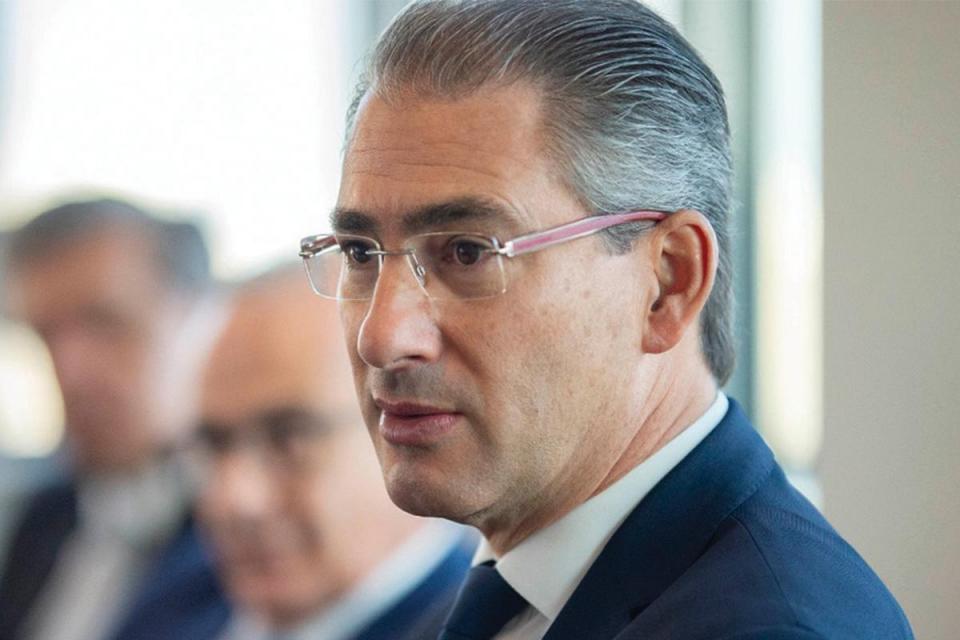 While it is too early to attempt a prediction of the outcome of the Moneyval assessment, indications so far are encouraging. We expect the measures the government has been implementing to provide positive results.

It is crucial that once this assessment is behind us, all efforts are kept in place to maintain the highest of standards.  We must appreciate the lessons learnt through this ordeal, and through constant proactive action and keeping transparency a priority.

Migration: ‘Blaming the other’ 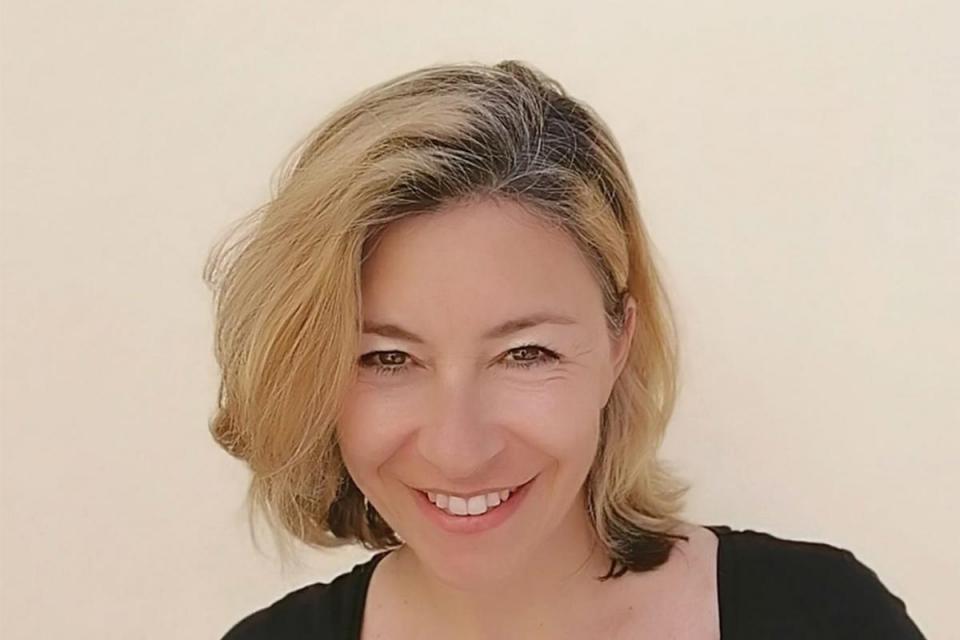 Predictions for 2021 must be framed with the ongoing pandemic. Unfortunately, in Malta, the term ‘migration’ remains synonymous with asylum seekers and refugees, which is out of sync with the reality of migration of people from, to and through these islands.

What is clear is that for the past few years Malta’s economic growth depended on immigration. In its economic projections for 2020-2023, the Central Bank of Malta reports that whilst “the ‘lost’ migration in 2020 could be permanent”, the net foreign worker flows are expected to recover as the economy recovers. Given the finance ministers’ recent comments on the ‘importation of foreign labour’, it is unclear how things will pan out.

Will the government continue to blame and punish the migrant ‘other’ for the toxicity and failings of this same economic model and the way it has been pursued?

Will this new year see changes to the illegal policy of pushing refugees back to Libya, the ongoing illegal detention of asylum seekers or the unjust amendments to the  Specific Residence Authorisation? 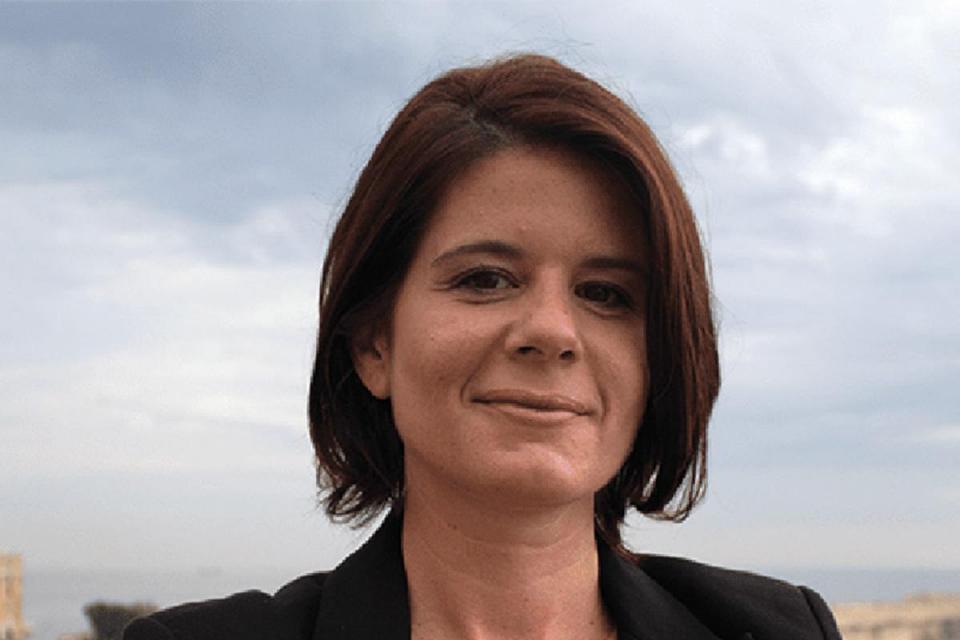 2020 was a challenging year for all, particularly the most vulnerable. Yet it was one that has brought activism closer than ever. My predictions for 2021 are intertwined with hope, because when it comes to women’s rights, things change slowly, and hope is the last to die.

I predict that women’s voices on abortion and reproductive rights will amplify and double in 2021. This is followed by hope that their voices will not fall on deaf ears and that action will be taken before a tragedy occurs.

Unfortunately, violence against women and gender-based violence will remain as one of the main problems in our society. Yet, it is hoped that the newly-established domestic violence police unit will bring much needed change.

I predict that human trafficking and trafficking of women for sexual exploitation will remain rampant. But with hope, the voices of professionals and NGOs who work along with survivors will be carefully heard and followed with new laws and policies. 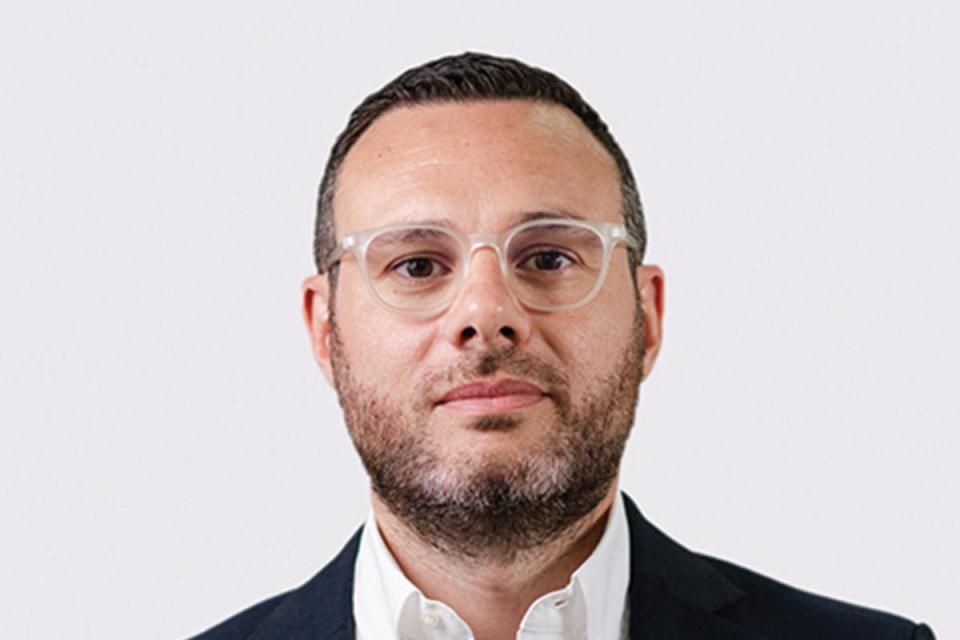 Following the effects of the pandemic, the roll-out of the vaccine is expected to boost consumer and business confidence as human interaction, socialising and travelling are expected to resume.

The support given by government throughout 2020, which is set to continue in the beginning of 2021, will also support recovery. With a host of investment projects by government and also by the private sector, which postponed investments scheduled for 2020, it is expected that investment will be the main contributor to the economic recovery with consumption supporting the recovery to a lower extent.

The economy will gain momentum as the year progresses.  However, it is critical to ensure that Malta retains its vast airline connectivity network.

In addition, the measures announced by government will also contribute positively to recovery. Although the expectations are positive, risks remain on the upside given the uncertainty that prevails and also given that a lot of confidence hinges on the success of European vaccination programmes. 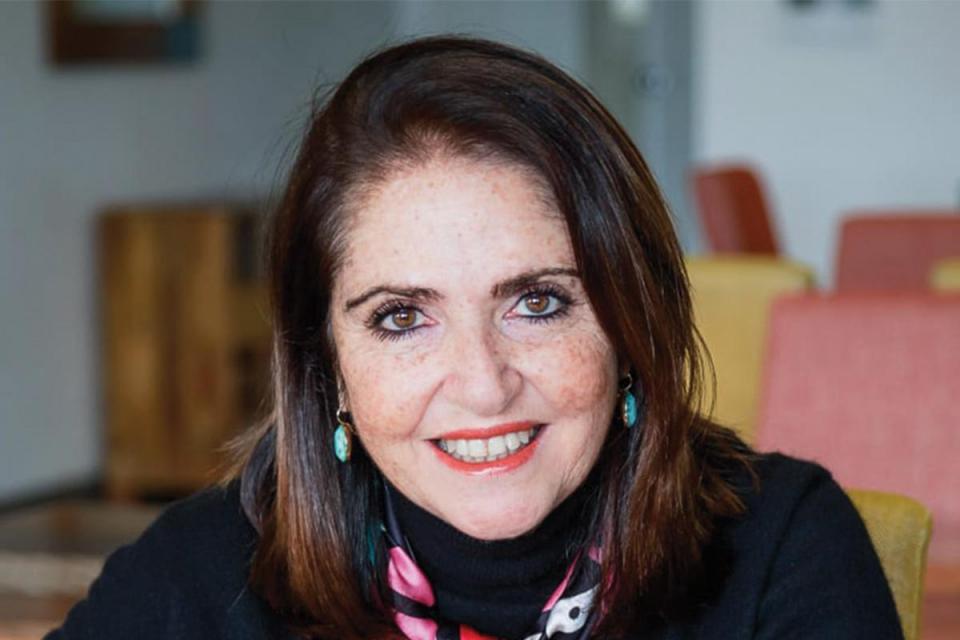 This scholastic year will contend with the impact 2020 has left on our learners: young and adults alike. It has been traumatic but not without gains. Teachers have had to upskill, and most have risen admirably to the challenge.

In my view, the biggest challenges lie with educational leaders. They need to revision their offering with educational communities onboard and find ways to increase incentives to give our educational system the push and inspiration it needs to transform to the shape it should be in. 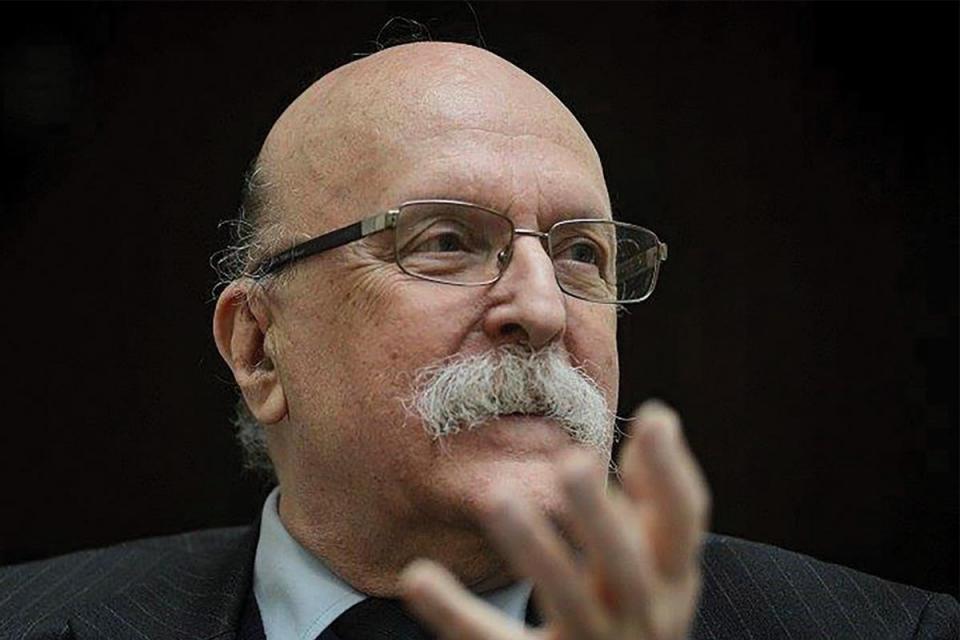 My predictions for the salvage of the rule of law are nothing short of dismal. The rule of law depends a little on the letter of written norms, and a lot more on the commitment to integrity of those who are called upon to implement them.

Most of the institutions of the state, designed to enforce the rule of law, or to act as checks and balances on the powers of government, have been captured by those it is their function to control.

I will believe that the rule of law has left the ITU when I see the first important politically exposed person made accountable. So far, not one has been. All the institutions that had to see to that, like the prosecution services, the police, parts of the judiciary, have developed irreversible stiff necks through looking resolutely the other way. What we’ve had so far is deceptive window dressing.

Tourism: ‘The beginning of recovery’ 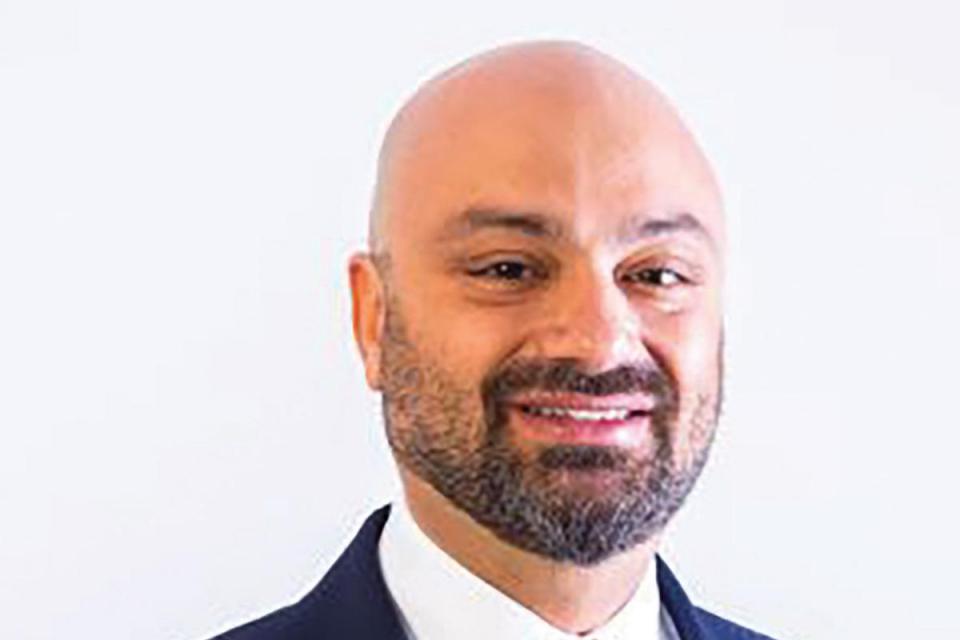 We are looking ahead with optimism. With our feet on the ground, we are observing the situation daily, and now, with the vaccine programme in full swing, this will help several sectors, especially tourism.

We must keep an eye on the results of the vaccine, not just in Malta but, more importantly, abroad. We believe that younger generations, especially friends and relatives, will be the first groups to travel to and from the Maltese islands.

We do not believe that precautions should be removed quickly, as we are only just beginning to move out of this difficult period and into recovery.

We have already made one successful prediction - MHRA had proposed that vouchers will be distributed at the beginning of January so that the economy will be injected with a boost during the quiet months of the year.