Updated at 9.43am with recommendations by the Resuscitation Council.

A 22-year-old man died after collapsing on a football pitch during a game with friends at St Aloysius College Sports Complex on Monday night.

First aiders administered CPR for 15 minutes on the young man but could not locate a defibrillator (AED).

It has since emerged that St Aloysius school has two of the devices, the closest of which was located some distance away in the school building across the street.

Justin Tabone was playing football when he suffered a suspected heart attack at around 9.30pm.  A fellow player said everything happened “very quickly”.

Players, who spoke to Times of Malta on the condition of anonymity, said they called an ambulance and then tried to get someone to administer CPR.

A doctor and a first aider playing on another pitch nearby tried to resuscitate him as they waited for the ambulance, which arrived around 15 minutes later.

Emergency physicians then took over, the players said.

The players said they could not locate any automated external defibrillators, devices used to help those experiencing sudden cardiac arrest. 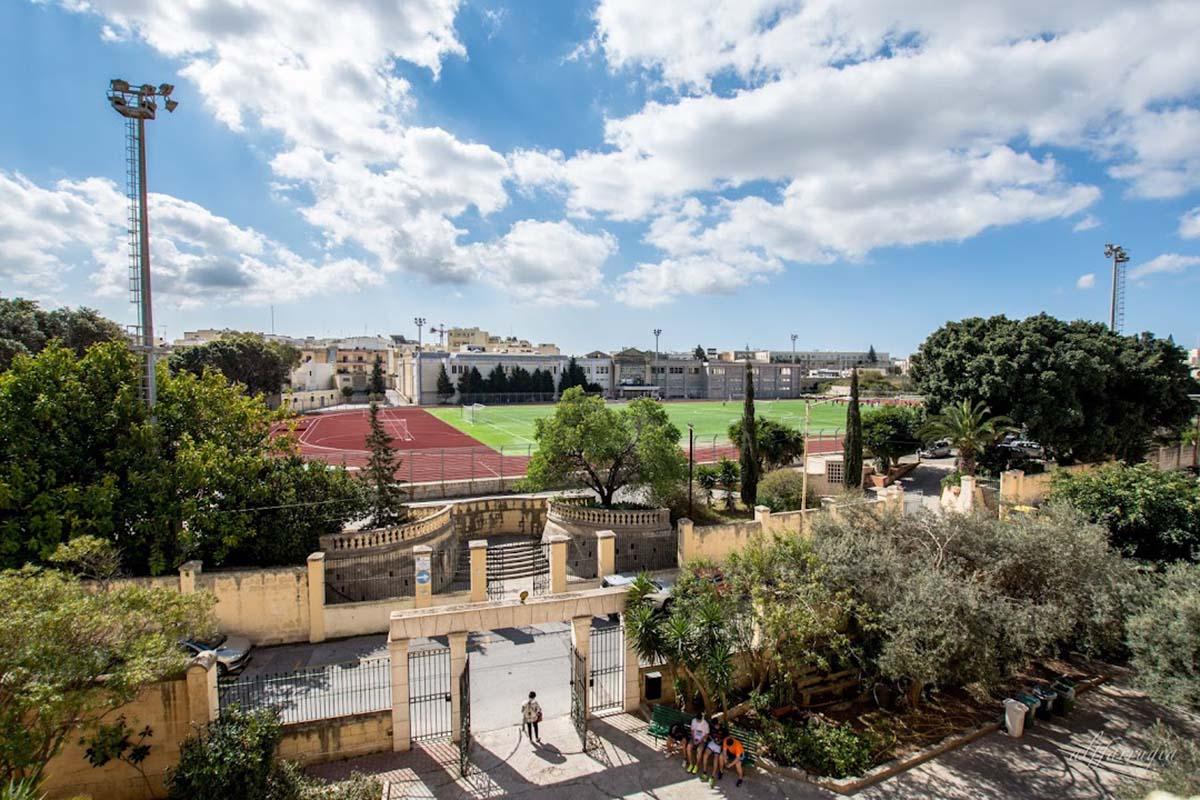 A view of the St Aloysius Sports Complex from the secondary school, where one of the school’s defibrillators was located.

They claimed they asked the groundsman whether the complex had an AED but the players were told there were none.

St Aloysius College rector Fr Jimmy Bartolo told Times of Malta that Tabone was given CPR on site and was then taken to Mater Dei Hospital, where he died soon after.

“I am very sorry for the loss of this young player,” Bartolo said, adding the school have two defibrillators which are “very close to the grounds”, in the secondary school and sixth form buildings. 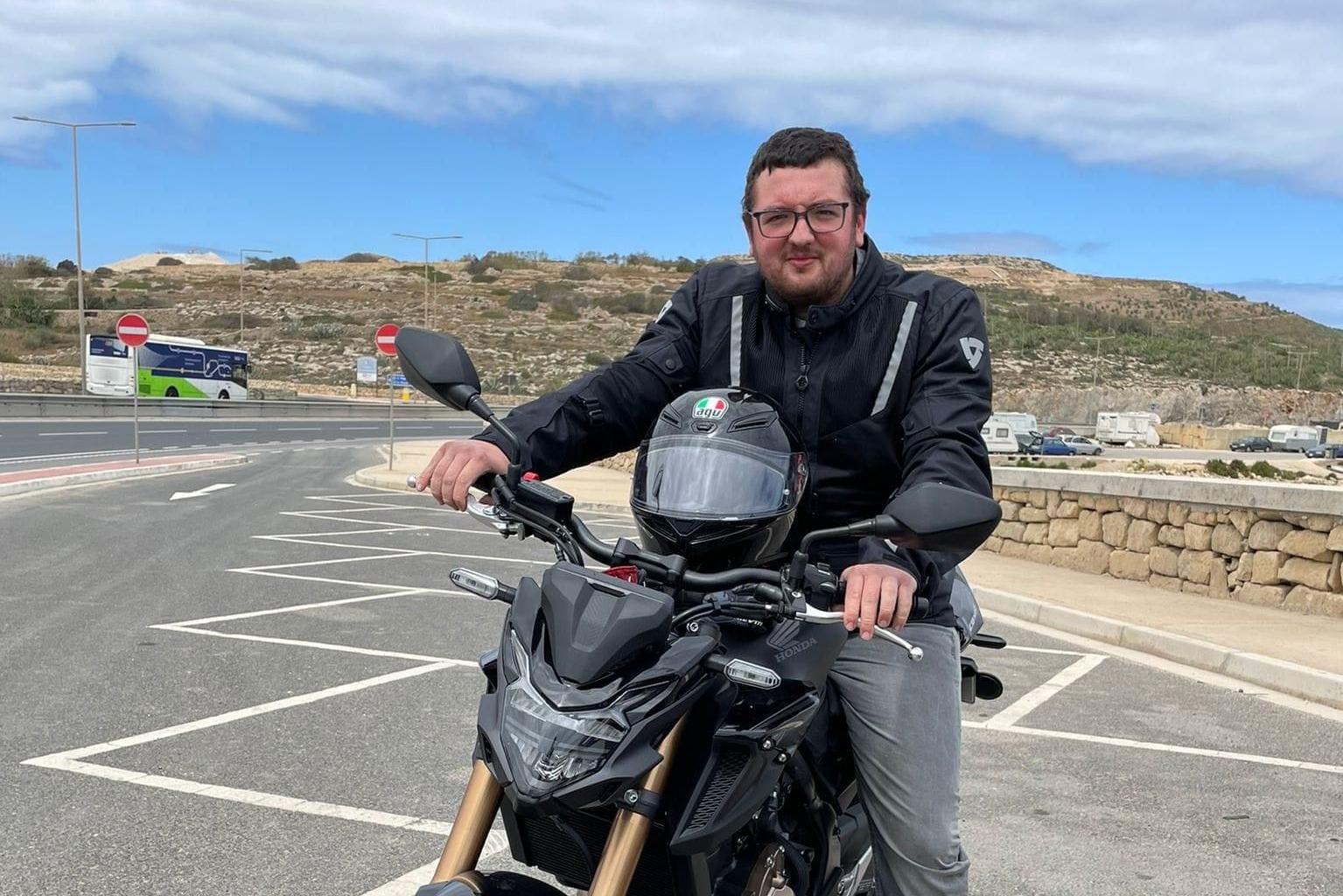 A sister of Justin Tabone described him as a 'shoulder to cry on'. Photo: Facebook

He said the devices in the schools are “right across the street”. When pressed to say whether the schools would be locked in the evenings, Bartolo said this could happen however people manning the grounds should be able to access the premises anyway.

“There are even signs on the street,” the rector said, stressing that the incident was not a result of negligence on the school’s part.

According to the Malta Heart Foundation, there are no laws or policies that make defibrillators mandatory.

A spokesperson for the foundation said that the few available to the public were installed by the NGO.

Brush up on first aid knowledge

Benjy Catania, who was at the same complex as Tabone but on a different pitch on Monday, said the incident served as a “reality check”.

“I was wrapping up a game with my team on another pitch when I saw commotion by the goalpost. At first I thought it was the usual, just someone injured but then I heard shouts for CPR,” Catania said.

As a former scout, he said he had received first aid training some five years ago and although he went over to offer any assistance needed, he did not feel comfortable giving CPR.

“I realised in that particular moment the importance of not only having first aid training but of also keeping up-to-date with training,” Catania said.

“If there is anything that needs to come out of this is that more people should have first aid training. The more people who know how to administer first aid the better. I also believe it should be taught in school.”

'A shoulder to cry on'

Tributes have meanwhile been paid to the young man.

His heartbroken sister, Amanda said she had lost a "best friend" and a "shoulder to cry on".

Former colleague Russell Cauchi described Tabone as someone who had “a positive drive”.

“I cannot believe this happened. He was so young,” Cauchi said.

The Malta Resuscitation Council reacted to the news revealed by Times of Malta on Wednesday, saying defibrillators need to be accessible to the public and easily located.

It said adults who suffer a sudden cardiac arrest might benefit from a shock delivered by a defibrillator.

"For every minute the shock is delayed, the chance of survival decreases by 7%," the council said.

"That is why AEDs were developed to guide a non-trained bystander to deploy them effectively using voice prompts."

It is also the reason why AEDs should be accessible to the public and easily located, it added.

It recommended that all entities that are considering installing an AED should do so in a place that is easily accessible and has appropriate signage for easy location.

All entities that already have AEDs within their premises should consider moving them to public space and have appropriate signage for easy location.