A 30-year-old COVID-19 patient has died, making her the youngest victim of the virus in Malta so far.

Christine Said tested positive on February 18 and died in St Thomas Hospital on Wednesday. She was a resident at id-Dar tal-Providenza, a home for people with disabilities.

In a statement, the residential facility offered their condolences to her friends and family and said her funeral would take place later on Thursday.

They said she had tested positive during routine tests and was immediately transferred to hospital while all those who were in contact with her were put into preventive quarantine.

"Dar tal-Providenza is in constant contact with the Department of Public Health and is taking all necessary precautionary measures to safeguard the health and wellbeing of all its residents and employees," it said.

"In fact, vaccination with the first dose started on Monday 15th February 2021 for the residents as well as for the employees."

Times of Malta understands she was feeling well until a few hours before she died but her conditioned worsened quickly.

Another patient, an 84-year-old woman, died at Mater Dei, bringing the overall death toll in Malta to 311.

Health authorities said on Thursday that another 192 people tested positive for COVID-19 between Wednesday and Thursday.

According to public health data published on Facebook, a further 185 people recovered between Wednesday and Thursday, meaning Malta now has 2,508 active cases. 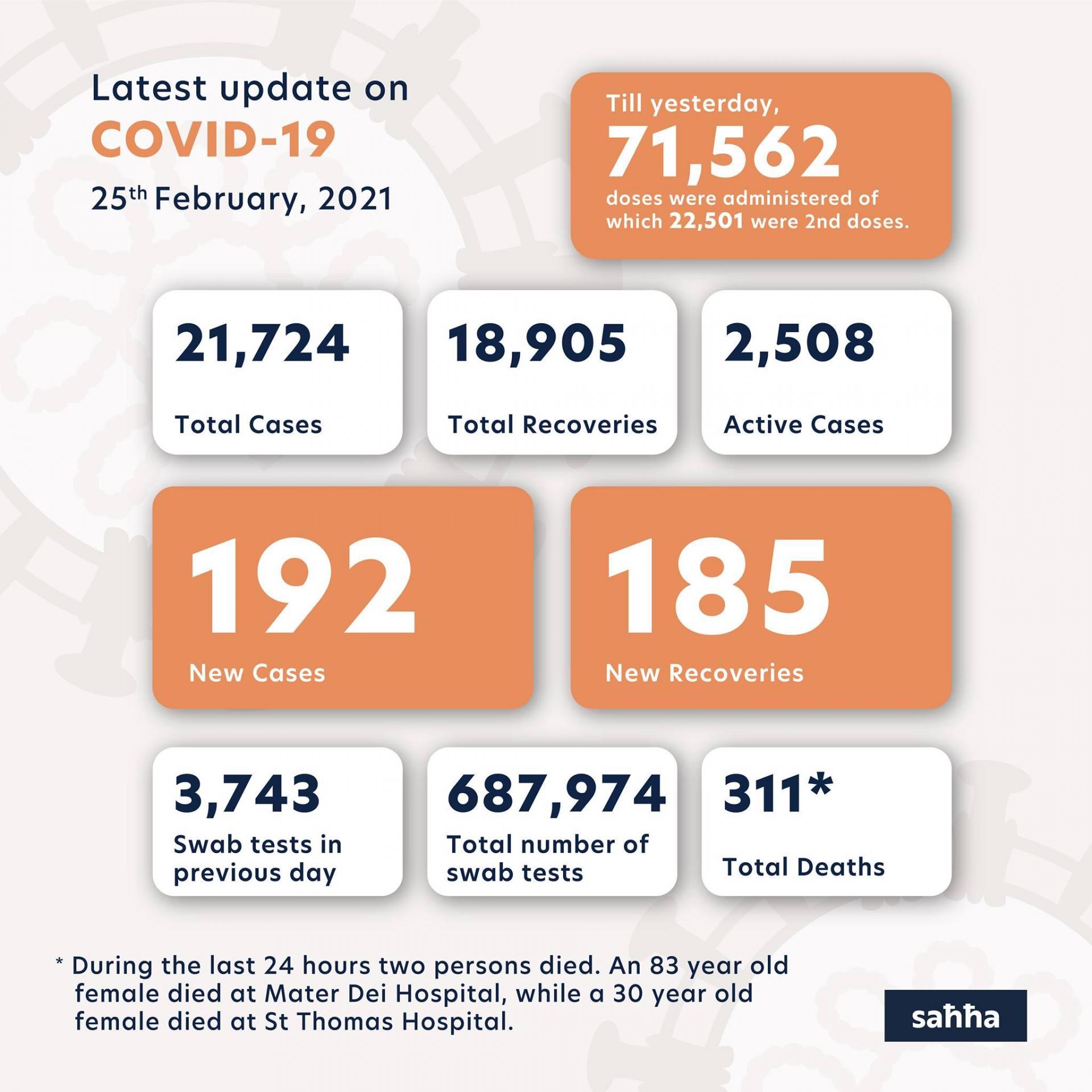 Health Minister Chris Fearne said on Wednesday that new testing guidelines, lack of social distancing and a more virulent virus strain may all be behind Malta’s stubbornly high number of daily COVID-19 cases.

He also said that bars and band clubs will remain shut throughout March but some care homes will see measures relaxed due to the success of the vaccine.

Finance Minister Clyde Caruana said the government is paying more than twice the price of some vaccine jabs so that as many people as possible get vaccinated in the shortest possible time.