‘We stayed out all night’

Simone Biggi, who now lives in Mosta, was 22 when the wall came down and was working in East Berlin at the time.

History in Europe was being re-written as the events in Berlin signalled the fall of the so-called Iron Curtain.

“It was 30 years ago, but the memories are very fresh. It was so emotional and an event that imprints on your mind forever,” she said.

“I had to get up early that morning for work but I remember hearing the news and not really believing it. On my way to work in East Berlin, the city was empty and so quiet.

“When I got to the shop only my boss was there. He told me he had heard the news too, but also couldn’t believe it.

“We didn’t really know what to do, so we just stayed there. But then when no customers came by the afternoon time, we decided to close the shop and drive home.

“My friend contacted me and told me he had already been in contact with his relatives who lived in West Berlin. It was the first time I found out he had any relatives in the West.

“So we got into the car and drove to the border, five kilometres away.

“It took almost an hour because we had to keep stopping as people were celebrating, popping corks and having a party.

“Finally, when we got over the border my friend’s cousin was waiting for us and showed us to a side street where we parked.

“At his house, his family had already prepared food and drinks for a party. Afterwards we tried to go to the wall by subway, but it took hours because the streets were so full of people celebrating.

“We stayed out all night. But in the morning we got up and did it all over again. We didn’t even go to work. It was just a huge party. Unbelievable and unreal. I’m so grateful that it went off peacefully,” Ms Biggi said.

‘We were lucky to escape a year before’

Berliner Felicitas Jacobs – now residing in Attard – was among the estimated 2.6 million East Germans who escaped to West Germany between 1949 and 1961 before the dividing wall was erected.

Felicitas Jacobs, 88, who fled East Germany with her husband, one year before the wall was erected in 1961. Video: Jonathan Borg

Her husband Gunthar’s life was put at risk after he warned a fellow teacher that she was going to be arrested.

“The situation for us in East Germany became dangerous as we were not Communists. My husband had informed his colleague he was now a suspect, so we had to leave as fast as we could. I went by train overnight, he followed the next day with only a briefcase.

“We left everything. We were able to stay with my mother for a short time in West Berlin, but we were still refugees.

“Once we were inspected by the Americans to ensure we weren’t spies, we got on a plane and moved to Frankfurt,” she said.

In the 1970s, the couple moved to Malta as Felicitas, 88, wanted to live somewhere warm where she could practise her English. It was here that they watched the fall of the wall on television in 1989.

“We were lucky to escape a year before the wall was built in 1961. But of course, we watched the event on television because I knew the city so well. I was born in Berlin, I grew up in Berlin and went to school in Berlin. The only reason I ended up in the East was because my mother had to move us as children because of the air raids during the war,” Felicitas said.

“Of course, I was happy when the wall came down and the Eastern zone was made more open. It’s what one would have wished for.

“However, I had no desire to go back to Berlin and be part of the celebrations in 1989. Ever since I was a child and had to flee the Russians on overcrowded trains, I hate crowds. It was a nightmare and made me very sensitive. So, I didn’t want to go back at that point.”

‘I could see something positive was happening’

Rainer Geissmann was on his way to Malta when he heard the historic news that the Berlin Wall was coming down. 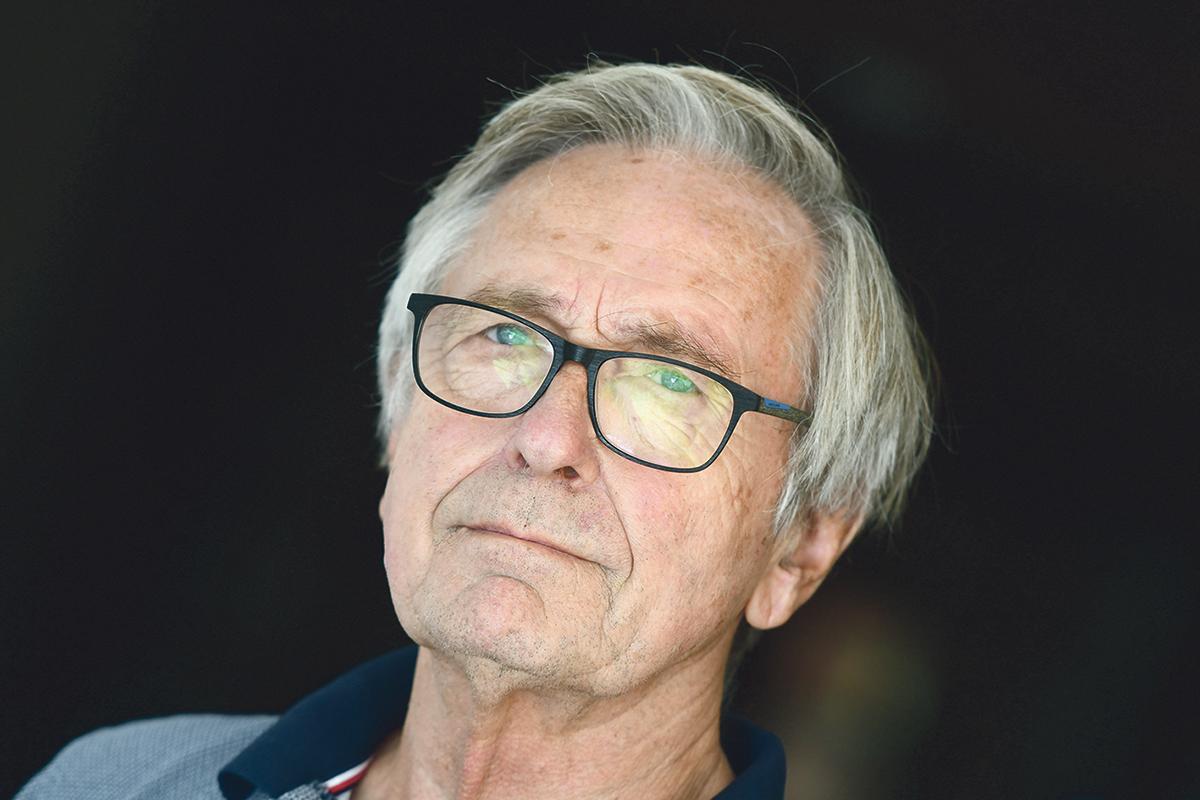 “I was working as a station chief for the German TV station Deutsche Welle at the time. I was on my way back from Sicily by ferry when I could see something happening on the television on the boat,” he said.

Rainer, now 89, was working as a station chief for the German TV station Deutsche Welle at the time.

“I was on my way back from Sicily by ferry when I could see something happening on the television on the boat,” he said.

“I didn’t speak Italian, so I couldn’t understand what the news reader was saying, but I could see from the footage that something positive was happening as people climbed over the wall.”

Soaking in the reality and desperate to be part of the celebrations, Rainer and his wife boarded a plane and flew to Berlin two days later to be with their family.

“We were staying around two kilometres from the wall, so we walked there every day. We saw all the ‘wall pickers’ as they were called, pulling down pieces of the border with hammers and chisels.

“We tried to take a piece of the wall for ourselves, but a border guard stopped us, telling us that it was still government property,” he said.

After their trip to Berlin, Rainer and his wife returned to Malta – along with members of her family – who had already arranged to visit to celebrate her birthday on November 14.

“They were a little upset that they were now in Malta and not in Berlin witnessing history,” Rainer laughs.

“My wife’s brother-in-law was so anxious the whole time he was here and wanted to continuously watch television to keep up with events.”

For a generation who may not understand the significance of today’s anniversary Rainer adds: “It is still one of the biggest events of the century! We were so happy and never expected it to happen in our lifetime. I had been to East Germany several times before the wall came down and it was always an anxious place.

“It was a hassle for us to cross the border. Now – myself or my wife’s family did not have to worry about that anymore.”