Eleven localities will benefit from an investment of over €300,000 for urban greening projects to counteract the effects of urbanisation.

The investment was announced by Environment Minister Aaron Farrugia on Monday.

The projects, by local councils and Ambjent Malta, will feature the planting of trees and shrubs and infrastructure work such as pavements and benches to improve green spaces in the designated localities.

“These projects are giving back green open spaces to the community, which will serve as a place where people can enjoy their families, and improve quality of life,” Farrugia said.

He said that young families should not need to go to Ta’ Qali or Chadwick Lakes to enjoy green open spaces, but should have such spaces in their own locality.

“People, as well as the government want to see greener, more environmental and sustainable projects in urban areas.”

He said such green projects will increase biodiversity by establishing particular flora and fauna from an ecological perspective.

“Apart from this, more green spaces will help communities in combatting the impact of climate change, since they reduce ambient temperature and reduce the urban heat effect, as trees cover and vegetation cool the area.” 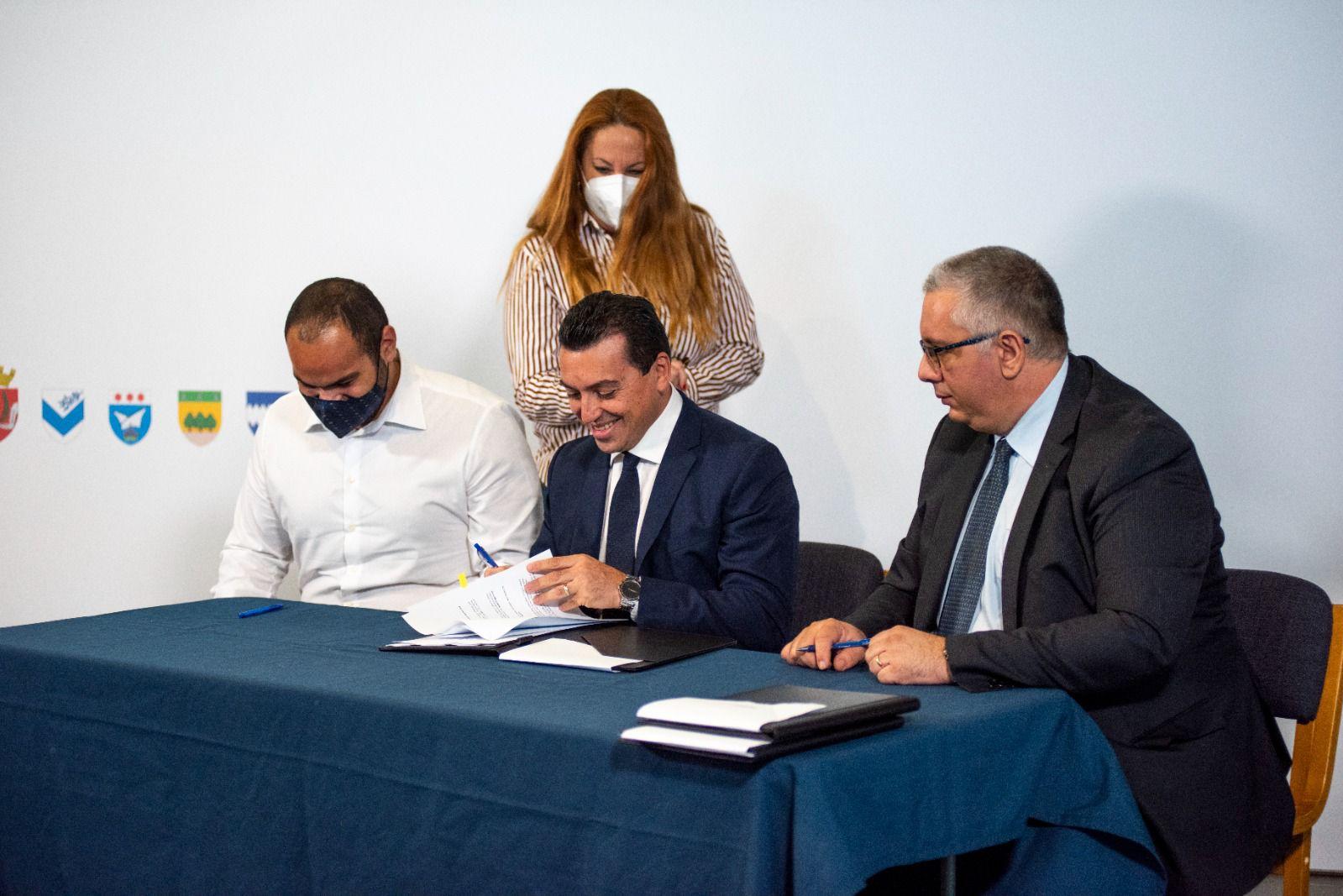 The Għajnsielem Local Council is upgrading the open space at ‘Tal-Kaxxa’ area named Pjazza Tolfa. The area will be enlarged by about 40% and will get a new look with a green canopy, 15 trees and over 200 shrubs. New benches, a low-light pollution system and pavement will also be incorporated as part of the project. The overall cost will be funded by the  Development Planning Fund (DPF) and the AmbjentMalta Urban Greening Scheme. The final aim of this project is to give a new, greener look to the area while regenerating the square to foster a stronger community.

The BM-150 scheme will be co-financing part of the project of Ġnien Saver Zarb that the St Julian Local Council will be embellishing through with the Development Planning Fund (DPF). The project will include an overall upgrade of the paving areas, furniture, irrigation system, trees, and shrubs.

In Santa Luċija, the council will be enhancing two areas, Triq Begonja and Triq Ineż Soler, behind the main square. The areas will offer more recreational space for the residents with more trees, shrubs, benches, and lights.

The Ħamrun Local Council will be giving a greener look to two squares, Pjazza San Pawl and Pjazza Kapplian Muscat, with several planters that complement the area intending to give a greener and more pleasing look in these two busy squares.

The Ġnien tal-Belveder situated just outside the Great Siege Bell will be cleaned and upgraded to be enjoyed by the general public and tourists alike. The area offers one of the most beautiful views of the harbour and will include trees and shrubs, new benches and view scopes.

The San Lawrenz Local council will give a new and greener look to several side streets leading to the main square. The aim is to create a more pleasing environment with a number of planters in the old streets while giving a greener element to the village centre.

The Birgu Local Council aims to give a better and greener look to the two belvederes overlooking the harbour while making it more accessible to the whole community. The area will be rehabilitated following the structural upgrade of the lower garages, thus allowing the council to regenerate the area with new benches, lights, bins and planters.

The council will be upgrading two areas, Pjazza San Ġorġ Preca and ix-Xatt ta’ San Ġorġ. At the Pjazza San Ġorġ Preca, a new irrigation system will be added, including a rain and moisture sensor. More trees will be planted. At Xatt San Ġorġ, the paving area will be enlarged to accommodate new tamarisk trees to give more shade for the new benches.

Qala Local Council will be upgrading the area corner with Triq is-Salib with better traffic management and replacing part of the road where the stone cross is situated into a green area. The aim is to increase pedestrian area, add soft areas whilst creating a better traffic flow, especially towards the popular Ħondoq ir-Rummien bay.

As part of the regeneration of Munxar Square project, the council has applied to enhance the area with several planters that will include small trees and flowers to give a greener look to the new square.

In Bisazza street, the Sliema Local Council will be enhancing the areas with new trees that are more suitable for the urban surrounding area and maintenance of existing planters and shrubs.