The government secretly extended a €360 million State loan guarantee for the new power station on the eve of the general election, The Sunday Times of Malta has learnt.

No public announcement about the decision to extend what the government had in August 2015 termed as a “22-month temporary guarantee” was ever made.

The government had said the State guarantee, which covered 80 per cent of the €450 million loan taken out by Electrogas, the power station consortium, was put in place until the European Commission approved the project.

When the Commission’s approval came in January, then Minister Without Portfolio Konrad Mizzi assured during a press conference that the government guarantee would be withdrawn.

The loan taken out by Electrogas was used to fund the construction of the project, as well as pay for a lucrative multi-million euro contract for the conversion and chartering of the LNG tanker supplying gas to the power station.

Extracts from a report by the government’s anti-money laundering agency (FIAU), leaked in May, found that the Orion Engineering Group,  the local company linked to the LNG tanker, had transferred funds destined for Panama companies opened up by Dr Mizzi and the Prime Minister’s chief of staff Keith Schembri.

The funds were transferred to a Dubai based company called 17 Black, which was listed as the target company for Dr Mizzi’s and Mr Schembri’s once-secret Panama companies.

Sources told this paper that the government decided to extend the State guarantee in order to give Electrogas, the company behind the new power station, more time to raise long-term financing for the power station.

The bridge loan and government guarantee were extended on May 24, days before the June 3 election.

Then Opposition leader Simon Busuttil was highly critical of the guarantee, and had threatened to ignore the power purchase agreement signed with Electrogas if elected.

“Electrogas needed to temporarily extend the bridge loan until it secured long-term financing. Without a parallel extension of the government guarantee, the bridge loan would not have been extended. It’s not like we could just pull the plug on their financing,” government sources told this paper. 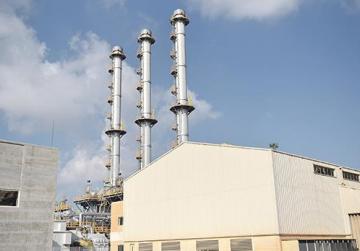 The sources said Electrogas was made to pay fees to both the lenders and the government in order to secure the extension of the bridge loan and State guarantee in May. The full loan of €450 million is 20 per cent guaranteed by the consortium’s shareholders.

The financing of the loan was provided by four banks: BOV, KFW IPEX-Bank Gmbh, HSBC Bank plc and Société Générale.

Two years ago, this paper revealed how the government had secretly authorised an €88 million bank guarantee for a private loan needed by Electrogas from Bank of Valletta to finance the power station.

This was later cancelled and replaced by the €360 million guarantee.

Asked how long the State guarantee had been extended for, whether any further extensions were envisaged, and whether the security of supply agreement had been signed, a spokesman for the Finance Ministry replied as follows: “As previously stated, the guarantee was intended to substitute the security of supply agreement for a temporary period, until State aid clearance was achieved”.

“This has been granted earlier this year. Since then, the financing documentation between the current financiers and other financial institutions, who joined the financiers’ consortium, and Electrogas, progressed and was drafted”.

“The financing agreements, including the security of supply agreement, are expected to be signed in the coming days. On financial close, the government guarantee will be obviously withdrawn.”