Four decades ago, the Nationalist Party saw electoral victory snatched away when it received an absolute majority of votes but a minority of parliamentary seats. It signalled one of the darkest chapters of Malta’s political history. Matthew Xuereb spoke to some of the protagonists.

In the run-up to the 1981 general election, Nationalist leader Eddie Fenech Adami was adamant of ridding the country of Labour’s “pervasive control”. After a decade in charge, Prime Minister Dom Mintoff was credited with overhauling Malta’s social infrastructure, but he was accused of compromising Malta’s independence with questionable agreements with international dictators as his supporters and even ministers ran amok.

The election date was set for December 12 and Malta held its breath.

“I did my best to paint Mintoff as a drowning man who was clutching at straws,” Fenech Adami wrote in his biography, adding that the electoral campaign was a strong one, despite the marked bias against the PN on the state broadcasting media.

Fenech Adami, contesting his first election as leader and two years after his house was attacked by Labour supporters, said his party was seeing an escalation of anti-PN manoeuvres, forcing him to assign Austin Gatt to monitor the situation during election day and at the counting hall.

Gatt put together a group of ex-police officers who donned blue jackets donated by a clothes shop owner, earning them the nickname ‘Tal-Ġakketta Blu’. 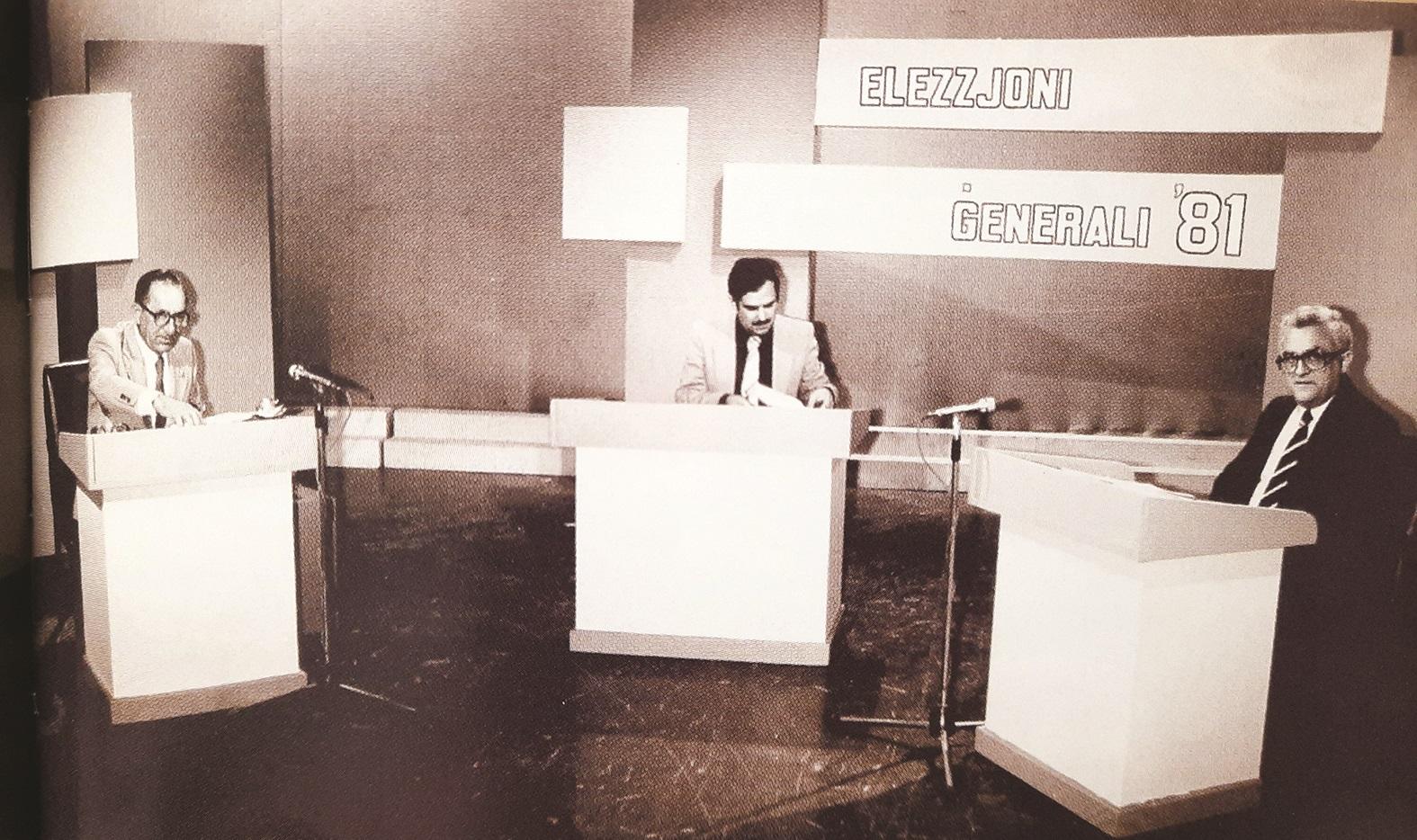 The first-ever debate on television between political leaders in the run-up to the 1981 election. Mintoff refused to talk without an audience, so a few of his supporters were allowed in.

By the second day of counting, it transpired that the PN secured 50.9 per cent of the votes, with the Labour Party winning 49.1 per cent. And yet it was Mintoff’s party which got 34 seats in parliament while the PN attained 31 seats, giving Labour a third term in power. A triumphant state television displayed the Labour emblem as it announced the results and played the song Run Rabbit Run to taunt PN supporters.

It was a perverse result which was brought about by the redistribution of boundaries of the electoral district that gave the Labour Party the edge, which Fenech Adami described as “blatant gerrymandering”.

Mintoff toyed with the idea of holding another election but his cabinet convinced him otherwise. Overnight, tensions flared, parliament was in limbo and Malta entered five years of political strife. 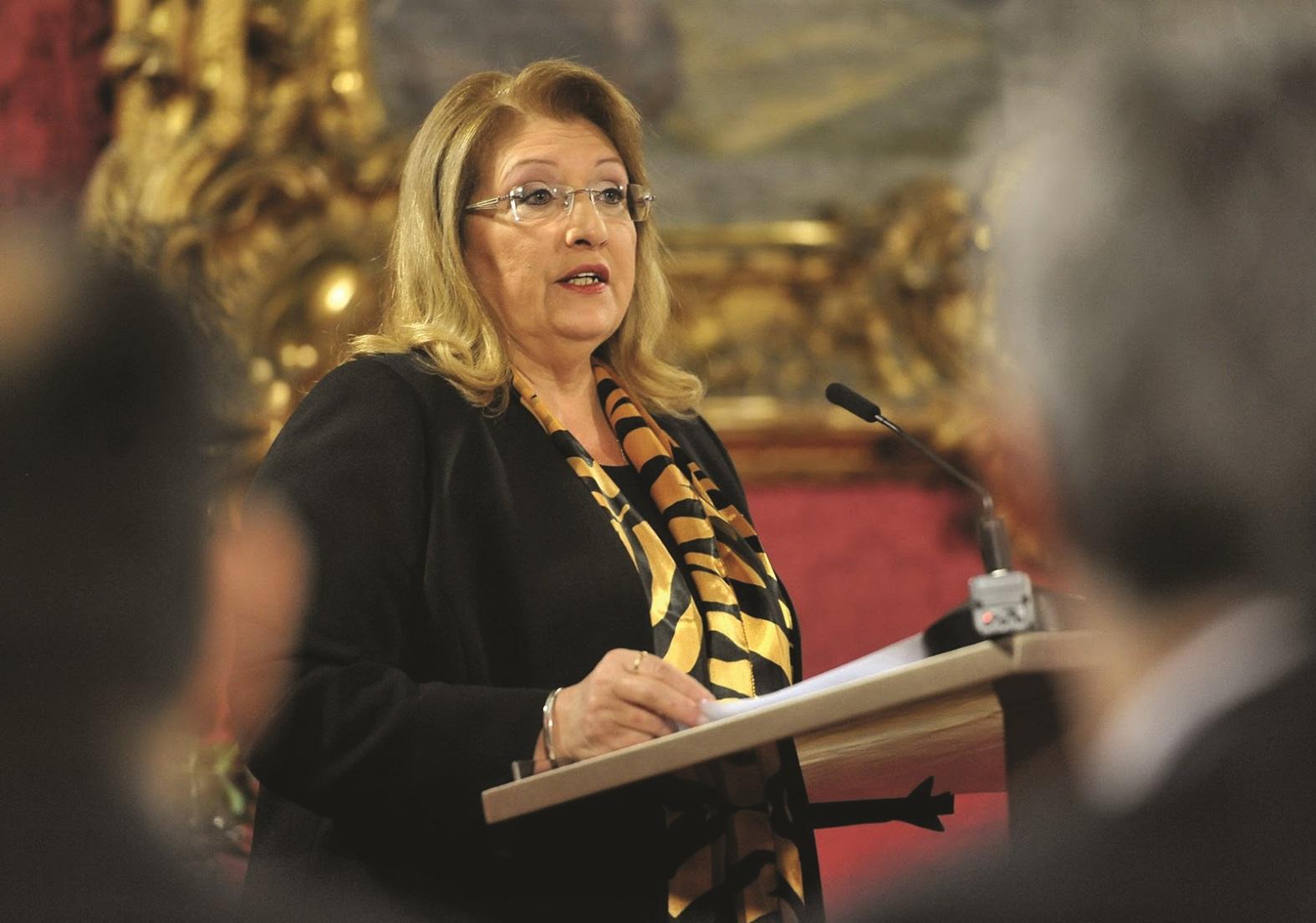 It was a very difficult and deflating period of time in my political life.  Mintoff justifiably called an urgent meeting of the national executive, a couple of days after the result.

It was immediately clear that Mintoff was very uncomfortable with the result. He said it was an unacceptable result and therefore the party’s main objective should be to amend the constitution to curb any potential similar result in the future.

This clear statement by Mintoff created quite a stir.  Not everyone was happy to call it a day so soon.  Mintoff had unequivocally mentioned that, within two years, he wanted to call a general election. 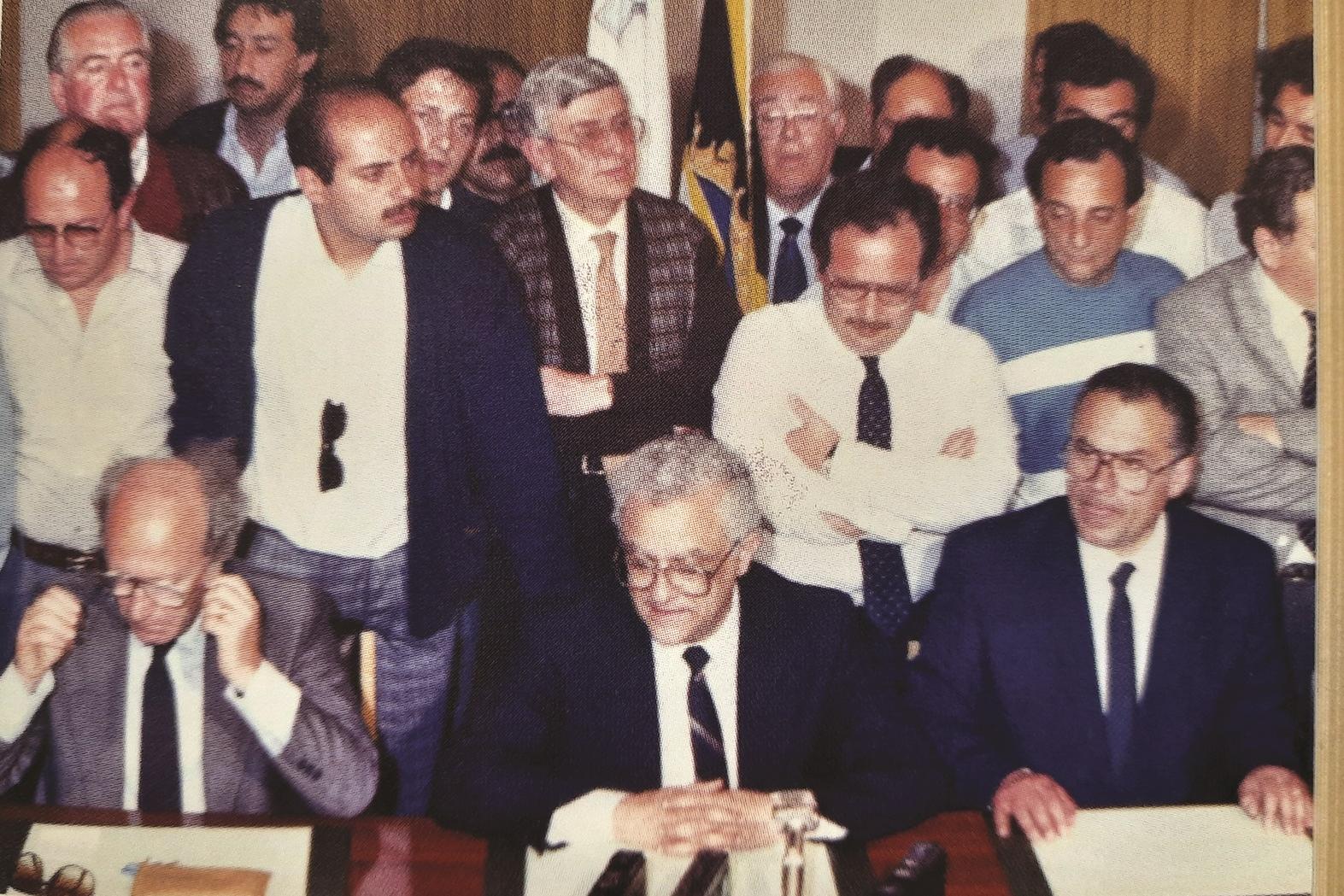 From an insider point of view, and, in spite of public perception, Mintoff clearly evidenced his democratic credentials. I must admit I never liked the practice of the changing of boundaries of the electoral districts, to meet the constitutional provision, so as not to have too wide a gap regarding the number of voters in each electoral district.

Over the years, it had become the normal practice that this pre-election exercise, which was constitutionally the responsibility of the Electoral Commission, had become, in actual fact, an exercise the party in government took as its own.  This was a known secret and the undeclared practice at the time.

Today, I believe the 1981 election result was a godsend to our country, as the necessary amendments took place, to ensure effective democratic representation in parliament.  The proof of this came with nearly every election afterwards; however the 1986 amendments, and other amendments later, curbed this serious issue.

It was not an easy journey to bring the necessary consensus on the constitutional amendments needed. It was a long tough journey of much political turmoil and pitfalls at the time.

With civil disobedience, the opposition abstaining from attending parliament, with bombs planted and creating victims, the attempt on Mintoff’s life, the burning of The Times of Malta, the attack on the home of Eddie Fenech Adami, together with much negative propaganda abroad. Much political division and antagonism were created, and violence ensued.

Mintoff, true to his word, did resign, however he did not abdicate from his promise of bringing about the necessary constitutional amendments.  He kept his discussions primarily with Guido de Marco, then deputy leader of the Nationalist Party, until the actual amendments were approved by the parties and then by parliament.

Agatha Barbara, then president of Malta, also played a very important part in this process.” 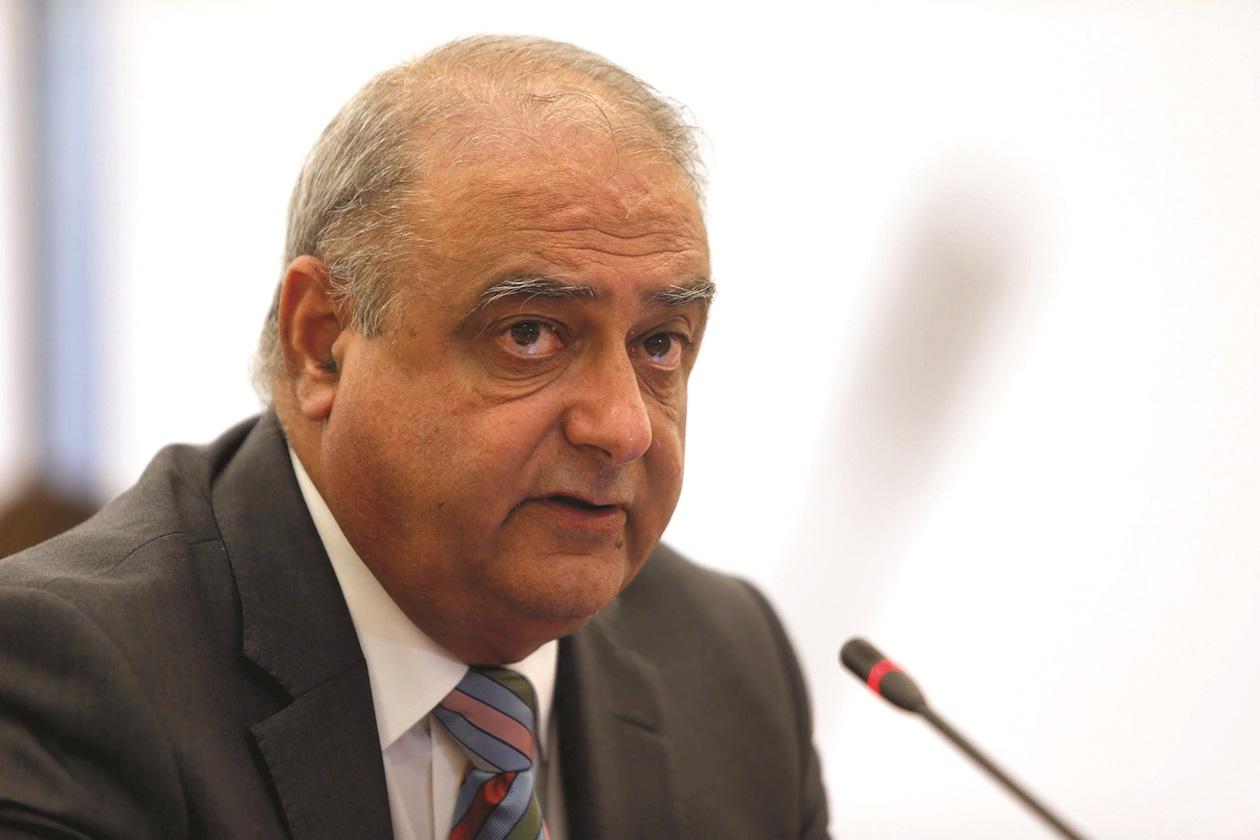 “1981 was not only my election on the front lines of the PN, it was actually also everyone else’s. From top to bottom, it was new people in new roles, a generational change that had gradually transformed a dormant party into a skilled, well-oiled party with a clear vision of what it wanted for Malta, and the capability of building the machine to deliver it. The proof of the pudding is in the history – from that election to 2013, the PN won six elections and a referendum and losing only one election.

Eddie’s strategy was not without its opponents and Louis Galea’s grassroots transformation building was no fait accompli.  My effort to build an electoral machine that would nullify electoral fraud had its critics. Persistence prevailed and delivered results.

The party was full of new people, doing new things in many new and different ways. Not everyone saw eye to eye and confrontations were inevitable, but everyone knew what was needed and ultimately either Eddie or Louis stamped their authority. What was never in discussion was the vision or the leadership. 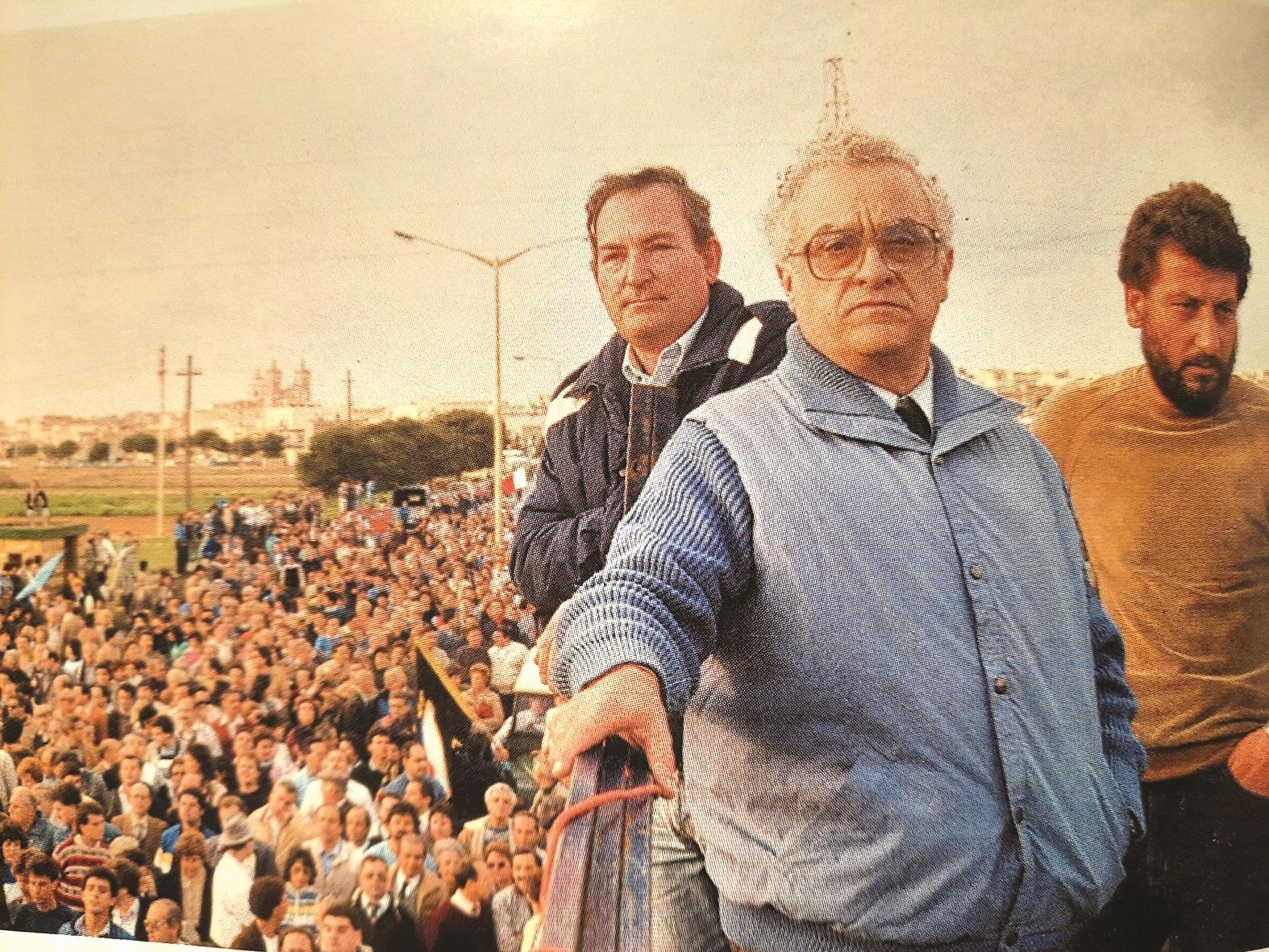 We faced an unscrupulous government which used both legitimate and illegitimate tools – illegal ones as well.  Political violence had long made its appearance. Jobs, housing, promotions and the whole paraphernalia of vote-buying were the order of the day.  Thuggery was made part of the political strategy by a number of well-known ministers of the day.

We did not get into government, but that election result was the death knell of the Labour Party to the extent that even Mintoff acknowledged that he was not quite the legitimate prime minister.  We went into possibly the worst five years that this country has ever seen.

A lot of people suffered personally – I was arrested twice, both for 48 hours and the second time physically threatened by hooded men in the police headquarters lock-up.  Together with 11 other PN counting agents, we were also accused in the Criminal Court in connection with what became known as the Ġakketta Blu trial which ended, four years later, with the acquittal of us all.

These were nothing compared to what others passed through.” 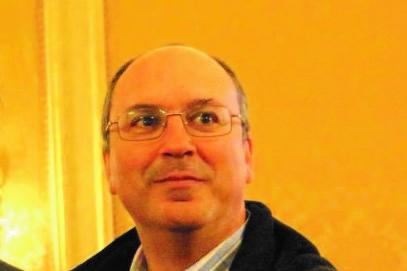 “The 1981 general election will be remembered for the way it tested Malta’s democratic credentials.

It was the last general election Mintoff contested as leader of the Labour Party and prime minister, and the first for Fenech Adami as leader of the Nationalist Party. Fenech Adami’s predecessor, George Borg Olivier, had died just over a year before. Fenech Adami’s home was ransacked and his wife beaten up by Labour thugs in October 1979, the same day the Times of Malta building was torched.

Fenech Adami mounted a vigorous, modern campaign which succeeded, especially, in drawing young people to the PN.  He brought new enthusiasm to party events. I remember, a few weeks before the election, a political rally at the then Alhambra Theatre in Sliema. It was jam-packed. Fenech Adami was constantly interrupted by the enthusiastic crowd, but the event had to be stopped to evacuate the balcony because it was overcrowded by standing people and, apparently, there was danger of collapse.

The vote-counting process, at Ħal Far barracks was slow – taking several days – and tense. The PN, mindful of the breakdown of security that took place during the vote-counting in 1976, went prepared this time, deploying among their staff, former policemen and security officials wearing distinctive blue and white jackets. 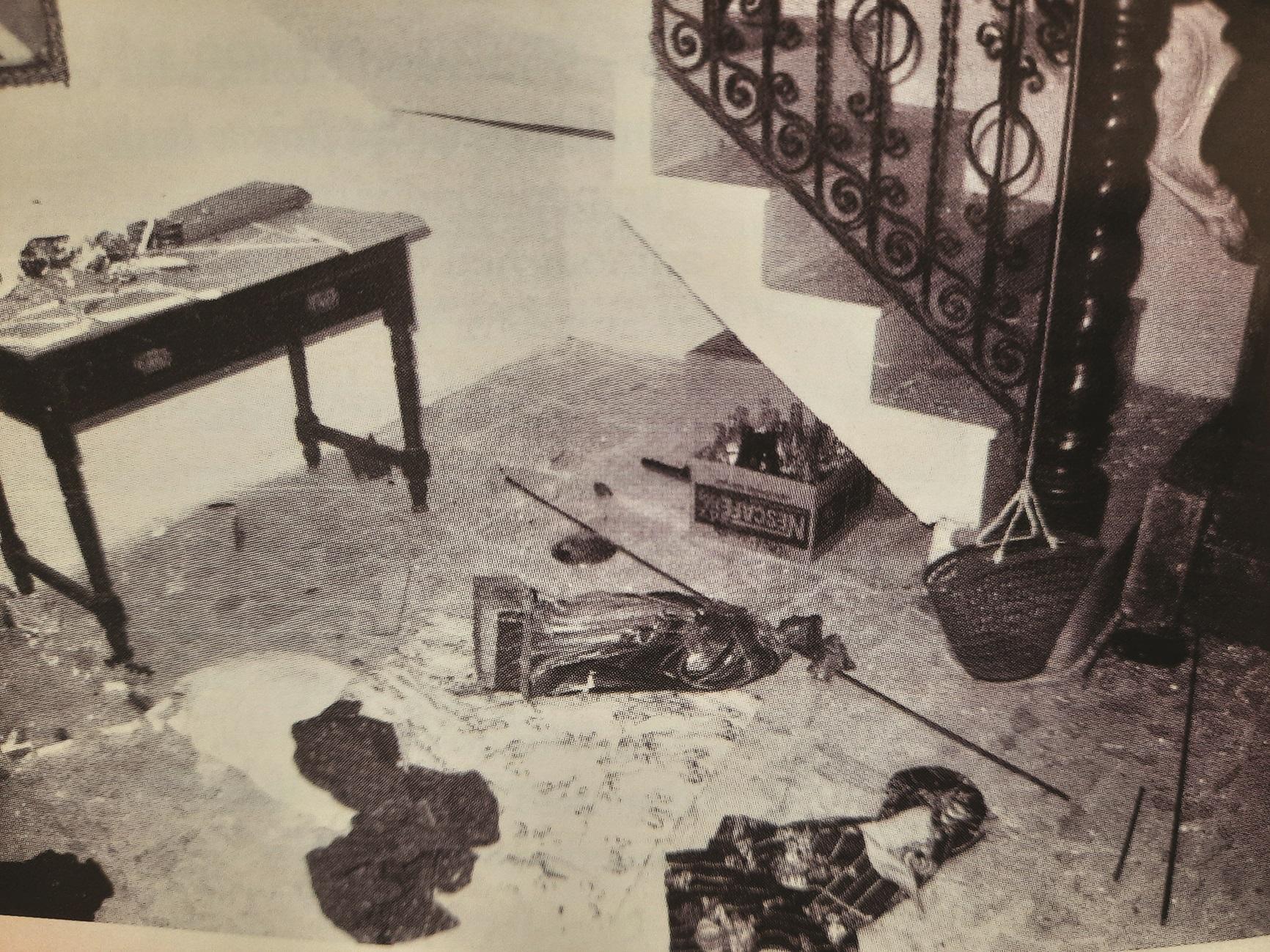 Violence was the legacy of those years, targeting Eddie Fenech Adami's house and the 'Times of Malta' building, among others.

Malta descended into chaos when the electoral result was announced, with Labour supporters taking to the streets in trucks, with loudspeakers blaring Run Rabbit Run – a dig at the PN leader’s surname.  Some even displayed skinned rabbits. It was ghastly. Several PN clubs were attacked. I had to walk from Birkirkara to the office in Valletta that day. No cars or buses were moving, especially around Birkirkara, where Fenech Adami lived.

The PN insisted the government was illegitimate and Mintoff should not be sworn in by President Anton Buttigieg, a former Labour deputy leader. Mintoff initially appeared uncomfortable but he was sworn in at the Palace nonetheless.

I remember Buttigieg and Mintoff in earnest conversation in one of the wide corridors of the palace before the swearing-in ceremony, Buttigieg leaning on a walking stick as Mintoff, in a light grey suit, gesticulated.

A big crowd of Labour supporters waited outside, and I still remember them chanting – “Fenech Adami minn Birkirkara… u Kastilja qatt ma jara!”

Events were to prove otherwise, but those were a few eventual years that included a boycott of parliament, a boycott of state broadcasting, PN mass meetings every month, a short-lived ‘civil disobedience’ campaign, further increase in political violence, including the murder of Raymond Caruana, and, at last, constitutional amendments, pushed through by Mintoff, ushering in the majority rule in parliamentary representation.

It was the start of a process for strict proportionality between votes cast and representation in the House, a process which has not been fully completed yet.”