The planning authority has scheduled 50 newly discovered archaeological sites within the area of Mġarr and Żebbiegħ.

Most of the archaeological sites and features, which date back to prehistoric, classical, medieval and early modern periods, were discovered as a result of stringent planning permit monitoring procedures and field surveys carried out by the authority and the Superintendence of Cultural Heritage. 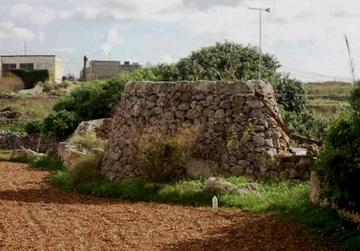 These archaeological sites and features are of local and national importance and contribute towards the understanding of the cultural landscape of the area.

A number of single chamber tombs and small catacombs have been recorded in Mġarr and Żebbiegħ.

They indicate a well established human presence in the classical period and could provide data for establishing the location of settlements and ancient roads in this period.

The classical period features provide an archaeological landscape which is distinct from the prehistoric one, even if both overlap the same geographical space.

The undeveloped landscape in Mġarr and Żebbiegħ is characterised by the presence of extensive stretches of karstland, interspersed with small pockets of reclaimed agricultural areas.

Within the surviving karstland, a large number of cart-rut systems and ancient quarries are recorded. An industrial site containing a kiln complete with water channels and a cistern has also been discovered.

Some of these rock-cut archaeological features date as far back as the Bronze Age.

As expected, there are also number of traditional rural structures in various degrees of conservation. They include old pathways, apiaries, giren, animal pens (some of which underground), cisterns, silos, post-holes, vine trenches and water channels which have a varying level of cultural or historic importance, but which collectively presents one of the most interesting agricultural and historically rural landscape in Malta.

A WW2 shelter at Jubilee Square (Wesgħat il-Ġublew) and Fisher Street have also been scheduled by the Authority.

This area, with its substantial number of archaeological sites as well as rural and military heritage features is one of the most complete and complex rural and cultural landscapes in Malta with a history that spans over 7,000 years.

The scheduling for the extension to the boundary of the area of archaeological importance of Mġarr and Żebbiegħ and the new 50 archaeological sites were published in the Government Gazette.