Imagine a university where students have no access to the internet. Where no one has a computer, or even an electronic calculator and has to perform complex calculations using a contraption known as a slide rule. Or where parking at the University is not a problem as students do not have cars. That was exactly the situation 50 years ago in 1963, when the University opened its doors to the first 11 students to study for an Engineering degree, nine of whom graduated in 1966.

The early 1960s were a period of turmoil in Maltese history, culminating in Malta becoming independent of Great Britain in 1964. The economy had to change from one based on the needs of the British armed forces to one based on industry and tourism.

The colonial government of the time sowed the seeds of the Engineering degree course in its Development Plan for the Maltese Islands 1959-1964, which, among other things, proposed the building of a polytechnic, later given the official name of the Malta College of Arts, Science and Technology. Funds were obtained from the Colonial Welfare and Development Fund and Unesco, and the building at Msida, now housing the Junior College, was built. Here the degree course in Electrical, Mechanical and Civil Engineering was launched in 1963, with Unesco providing expatriate specialist staff.

Although the University then charged tuition fees, incentives of free tuition were offered, plus an annual grant of £75 per year to the first Engineering students.

At the same time, the University was going through tremendous changes under the enlightened leadership of rector Edwin Borg Costanzi, leading to the establishment of the University at Tal-Qroqq, the first stone of which was laid in 1967. The Engineering course was originally run as an external course, with lectures at the Msida building and examinations and graduation at the University.

Demand for engineers was low in 1966, and the main employers were the Malta Electricity Board and the Telephones Department.

Here are the career profiles of eight of the nine engineers that graduated in 1966:

• I myself started my electrical engineering career as shift engineer at Marsa A Power Station, later becoming distribution engineer in charge of electrical maintenance. My last responsibility was that of manager, generation, with two power stations and a staff of over 40 engineers and other professionals under my charge.

• After initial training in the UK, electrical engineer Tom Cusens took up a lecturing post for eight years, and in 1979, co-founded and became managing director of Technoline Ltd, a company specialising in the sales and servicing of medical and scientific equipment in Malta and Libya. Technoline was on the forefront in introducing many new technologies in the hospital, laboratory and industrial fields.

Cusens was founding member, the first secretary and later president of the Chamber of Engineers. He was the first recipient of the Maurice Debono award.

From the small seed, the Faculty of Engineering has grown into a prestigious institution producing graduates who are vital to the Maltese economy

• Mechanical engineer Antoine Riolo joined the then Malta Electricity Board and obtained a Master’s degree from Glasgow University, specialising in water desalination. He was initially responsible for the thermal desalination plant at the Marsa B power/water station. Later he was appointed technical member of the board to put up the first reverse osmosis plants at Għar Lapsi and Marsa, and later responsible for Ċirkewwa, Tigné and Pembroke plants.

He was appointed the first CEO of the Water Services Corporation and later of the Malta Resources Authority. The Chamber of Engineers awarded him the Lifelong Achievement Award in 2010.

• Following his apprenticeship and post of draughtsman at Malta Drydocks, electrical engineer Emanuel Zammit was appointed senior engineer at Enemalta. He was assigned to dismantle a power station at Palermo, which was donated to Malta by the Italian government, and rebuild it at Marsa power station, introducing the coal-fired boilers, later converted to oil.

He supervised yet again the dismantling of another power station at Little Barford in the UK and its transplantation to Marsa in 1987. He was then promoted to head of electricity, but resigned later to make a career in consultancy.

• Electrical engineer and keen radio amateur Joseph Galea was associated with the changeover of Malta’s telephone exchanges from electromechanical to digital. In the 1970s he was involved in the installation of the first electronic telephone exchanges in Malta, and in the 1980s in the digitalisation of the entire telecommunications network.

• Electrical engineer Ronald Azzopardi Caffari was responsible for the network planning of Malta’s telecommunications network. Subsequently, he occupied the posts of deputy head of telecommunications, assistant general manager (strategy) and strategic affairs executive, being involved in the changeover of the sector from a government monopoly to the present system where commercial companies compete in the fixed and mobile telephone sector and in the internet.

• Electrical engineer Victor Sciberras rose to the position of chief engineer responsible for all new transmission networks in the changeover from electromechanical to digital switching of the telephone network in Malta.

In the mid-1980s he moved to private industry, co-founded Tektraco Ltd, became managing director, and carried out projects in Malta and Libya, including multi-frequency antennae, microwave links and towers, approach radar, VHF radio and fibre optic networks for marine and satellite use in oil fields and refineries.

• Civil engineer Joseph Farrugia joined an architectural firm in Malta for the first eight years, then moved to Saudi Arabia, where he became general manager of a construction company, carrying out large ministry and infrastructural projects in Riyadh.

In 1984, he moved to London where he set up a property company developing residential, hotel, leisure and commercial properties in London, Portugal and Italy.

So goes the story of the pioneers of the engineering degree course. The opportunities at the time were few, but being first, eventually proved advantageous.

From the small seed, the Faculty of Engineering has grown into a prestigious institution producing graduates who are vital to the Maltese economy.

Emanuel Zammit provides a brief history of the engineering profession in Malta against the backdrop of the technological development through the ages. 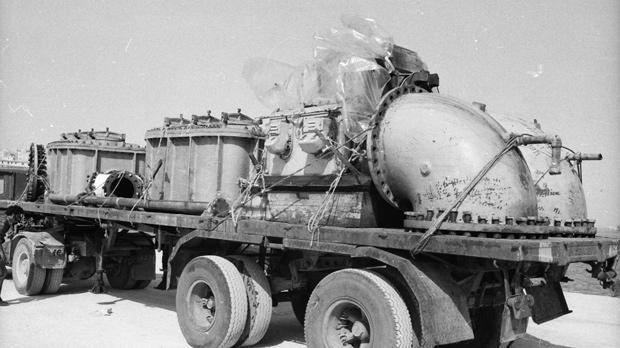 The first examples of technology in Malta are the prehistoric sites dating to around 3,500BC. Building construction was the principal technical activity in Malta up to AD1530.

During this period, besides building construction, water harvesting and aqueduct building, marine engineering and warfare technology were common in Malta.

No production of weapons was carried out locally and the local technical aspect, with the exception of building design, was limited to repairs.

During the 19th century, especially the second part, the naval dockyard was set up. Construction of No.1 dock stared in 1844, and the yard reached its peak in 1905.

Pumped sewerage was introduced in the 1870s, and electricity first switched on in 1894. Before the introduction of electricity, since 1869, gas from coal was used in Malta to provide rudimentary street lighting and domestic supply, mainly in Valletta.

Technical education was started at the Dockyard school in 1859.

The train service was introduced in Malta in 1883 and lasted till 1931. The station at Ħamrun was later converted into a technical school.

The Grand Harbour breakwater was built in the first decade of the 20th century. Pumped water mains were installed, sewerage and electricity were extended. 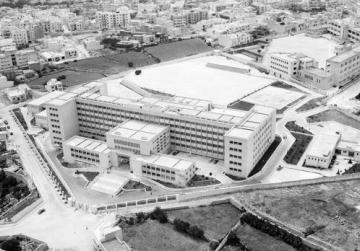 The Polytechnic when it was built in the 1960s. It was later given the official name of the Malta College of Arts, Science and Technology. It is now the University’s Junior College. Photos: DOI

During the World War II, all the technical aspects of warfare were introduced by the British, but the Maltese were only craftsmen or good technicians.

After the war, some of the best students of the Malta Dockyard Technical College were sent every year to UK shipyards to complete their studies. Most of them became fully qualified engineers and some returned to Malta.

Graft courses, mainly City and Guilds, in technical subjects were taught at the technical institute in Ħamrun and at the Malta Society of Arts, Manufacture and Commerce in Valletta.

In March 1961, the Malta Joint Group representing UK engineering institutions was set up. This represented Maltese and foreign professional engineers in Malta. 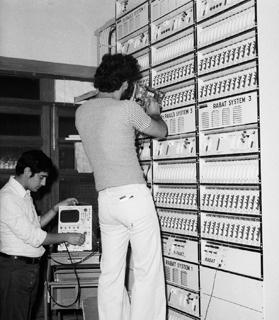 Electronic exchange telephony was introduced in 1975.

The first engineering courses run simultaneously by Mcast and by the University, started in October 1963.

The Commonwealth Fund and Unesco were the main providers of funds and technical support. During this period, supporting courses were organised for technicians at Mcast and later at the technical institutes.

The University degree courses were run as part of the Faculty of Engineering and Architecture. This arrangement continued until August 1, 1978, when the New University of Malta was set up and the student-worker scheme was launched. The New University merged with the Old University in 1980 and the new engineering degrees were then known as B. Elec. Eng. and B. Mech. Eng.

The first female engineers were enrolled in 1983.

While this change of engineering studies was taking place, Malta saw the introduction of new technology in various fields. 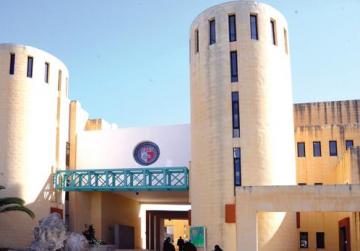 The University’s Faculty of Engineering was set up in 1988.

These included new water treatment desalination in 1964 and reverse osmosis in 1982, coal burning and hydrogen cooling at the power station in 1983, electronic exchange telephony in 1975, and fibre optic technology in the mid-1980s, mobile telephony in 1990, and new advanced technology productive industries. All these required a higher level of engineering knowledge.

The engineering faculty was set up with the Education Act of 1988. Up to this date, all engineering courses were run by the Faculty of Engineering and Architecture.

The Faculty of Engineering was originally set up with two departments, which later increased to six to cater for electrical and mechanical engineering courses. During this period, the first postgraduate courses in engineering were sponsored by the University. Before 1988, there were few postgraduate engineers in Malta.

In the 1990s, IT started to gain in its importance and a Board of Studies for IT was set up at the University. In the past few years this has evolved as an independent faculty.

The Chamber of Engineers was founded on April 28, 1978. The profession was legally recognised by Act VII, which was approved by Parliament in 1988.

The Engineering Board was set up by this law and the Chamber was accredited as the national association for engineers in Malta. As a member of the European Federation of National Engineering Associations (FEANI) the Chamber hosted the annual meeting of this European organisation in 1994 and 2004.

With electronics and IT playing a very important part in production and communications sectors, the future of engineering in the next few years will be in these fields.

In the long term, I think the future of engineering research will be in the field of eliminating motion. The research will lead to the introduction of static high energy generation and switching, wireless transmission of power and similar developments.