A further 516 new COVID-19 cases were recorded on Friday while 1,255 patients recovered.

A 68-year-old woman died while positive with the virus, bringing the death toll to 501.

Health Minister Chris Fearne said on Thursday that 92% of all new cases being registered in Malta now are of the Omicron strain. There are currently 11,561 known active cases.

In its daily update on Facebook, the health authorities said patients needing hospital treatment now stand at 104 including eight who need intensive care. On Thursday, there were 108  in hospital, including eight ITU patients. 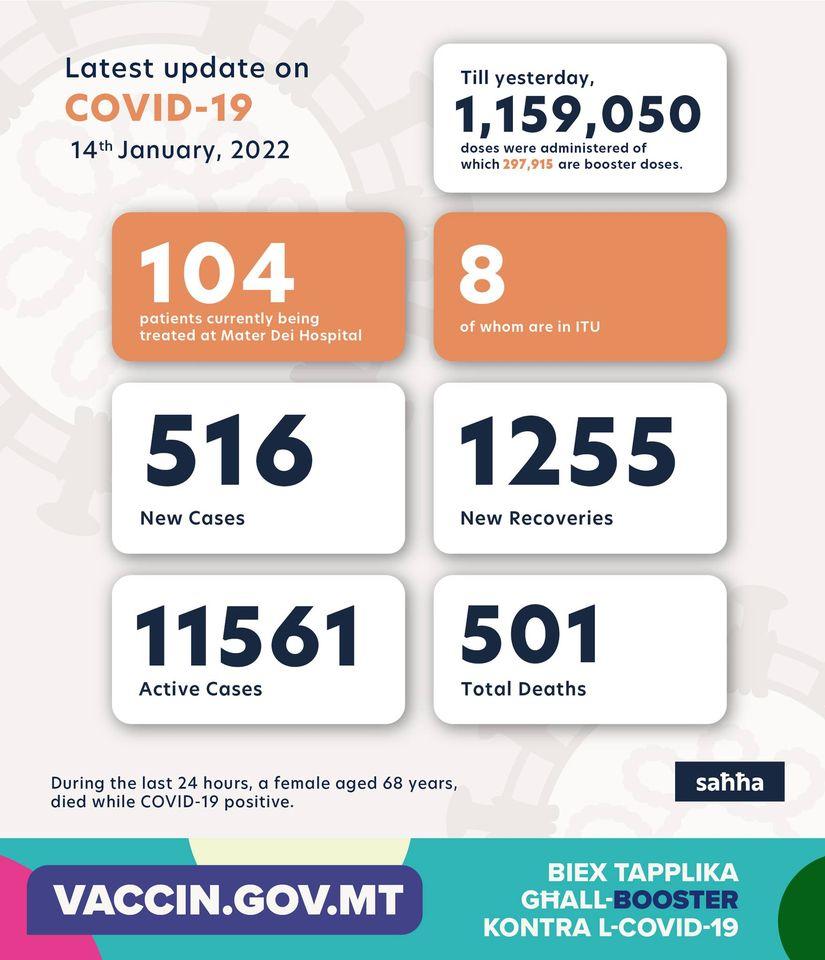 But not all COVID patients in hospital are there because of the virus: more than half are admitted with other ailments and then found to be positive.

Authorities banned standing events and imposed a 1am curfew in response. From Monday, a vaccine certificate will be needed for entry into many public buildings. A number of exemptions are in place.

Mask rules are to be relaxed as from Monday with Fearne saying on Thursday this is because many adults have now taken their booster shot.

The Nationalist Party said on Wednesday it is against the new rules.

A total of 297,915 people have now received a booster dose with Health Minister Fearne saying that close to 70% of adults in Malta have now been given this third jab.

On Monday, Malta had the fourth-highest booster rate among European Union members, according to the latest figures from the European Centre for Disease Control.

Adults who wish to register for the vaccine can do so at https://vaccin.gov.mt/.