52 new COVID-19 cases were reported on Thursday, marginally higher than the 40 reported on Wednesday, which had been the lowest number of new cases since December 8.

The health authorities on Thursday also reported the death of two men, aged 69 and 71, who had been diagnosed with the virus. 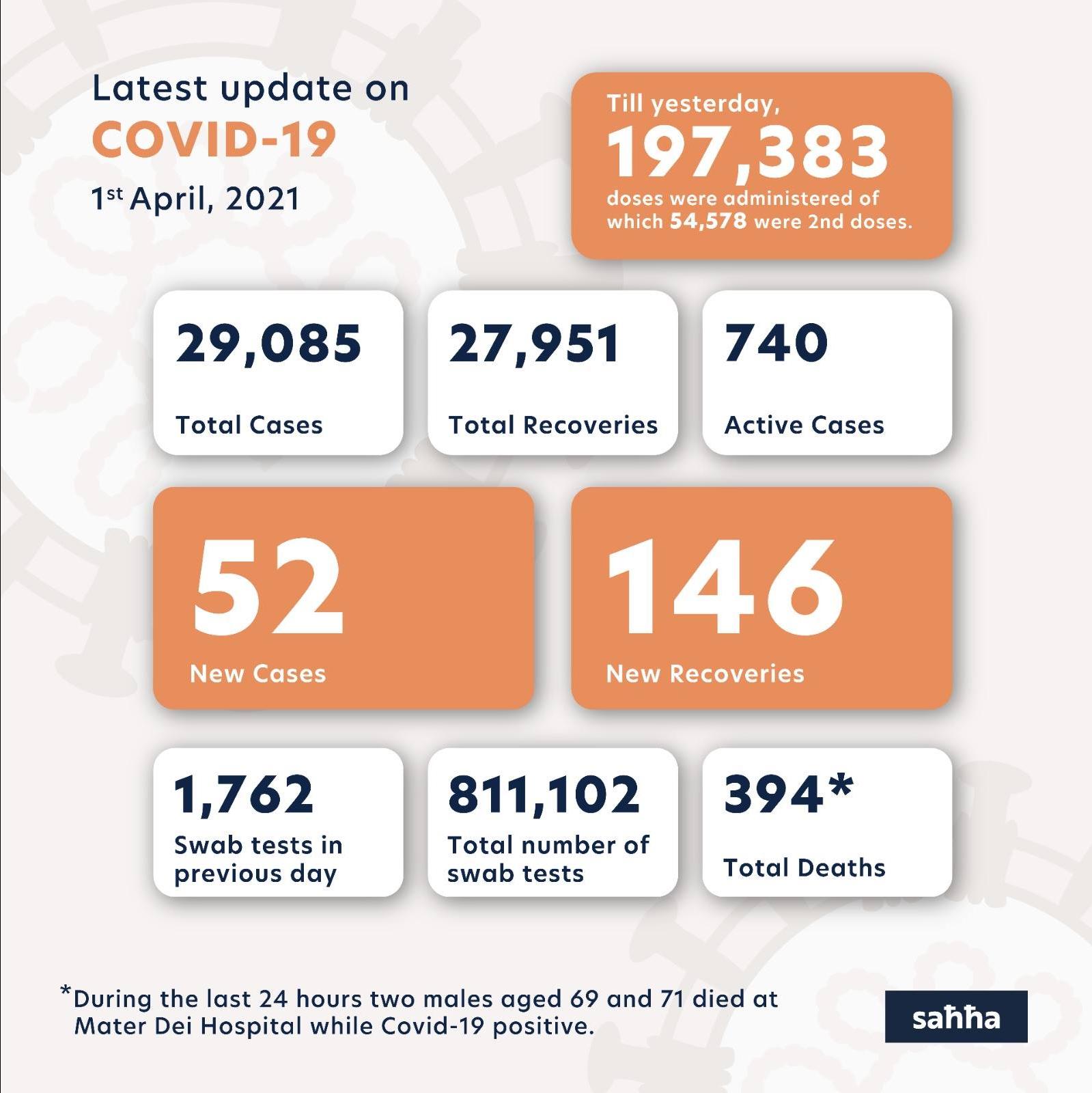