Sixty-three new COVID-19 cases were reported on Sunday, maintaining the high rate of the past few days.

The health authorities said the cases are ‘still being investigated’.

They were, however, able to give some details on the record 72 new cases reported on Saturday.

2,142 tests were made between Saturday and Sunday. 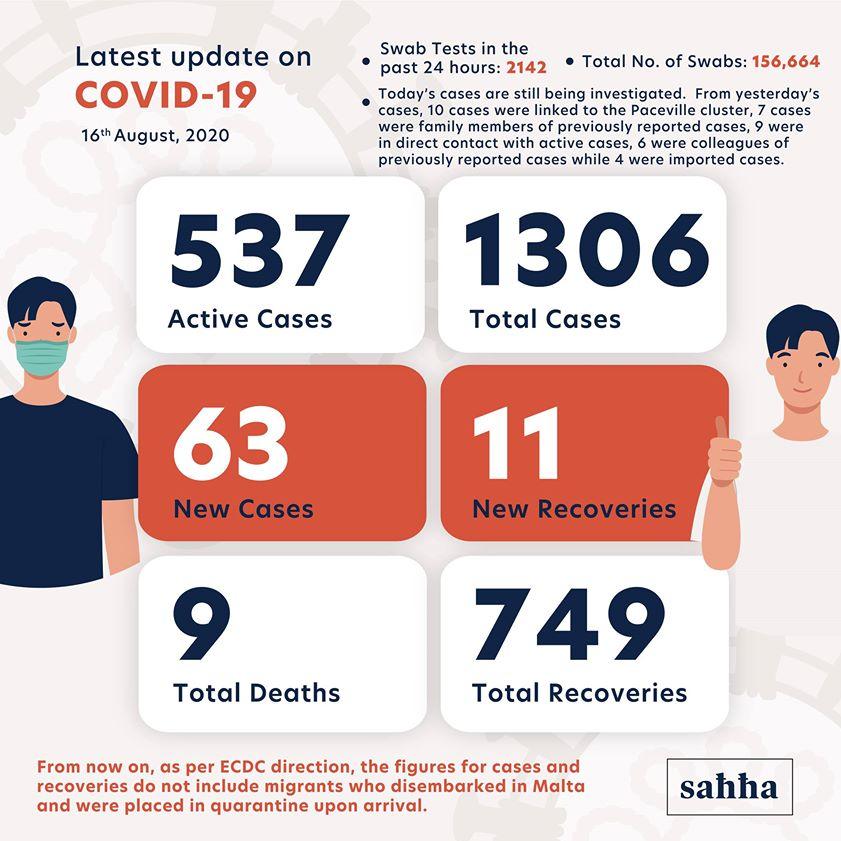 The prime minister said earlier on Sunday that he would be meeting Health Minister Chris Fearne and Charmaine Gauci, the superintendent of public health, to consider the current situation while indicating that measures may be needed to enforce social distancing.