A record seven million passengers are set to step through the Malta International Airport by the end of the year if trends continue as predicted.

The airport welcomed more than 6.3 million people between January and October, seeing an increase of 6.7 percent over the same period last year. 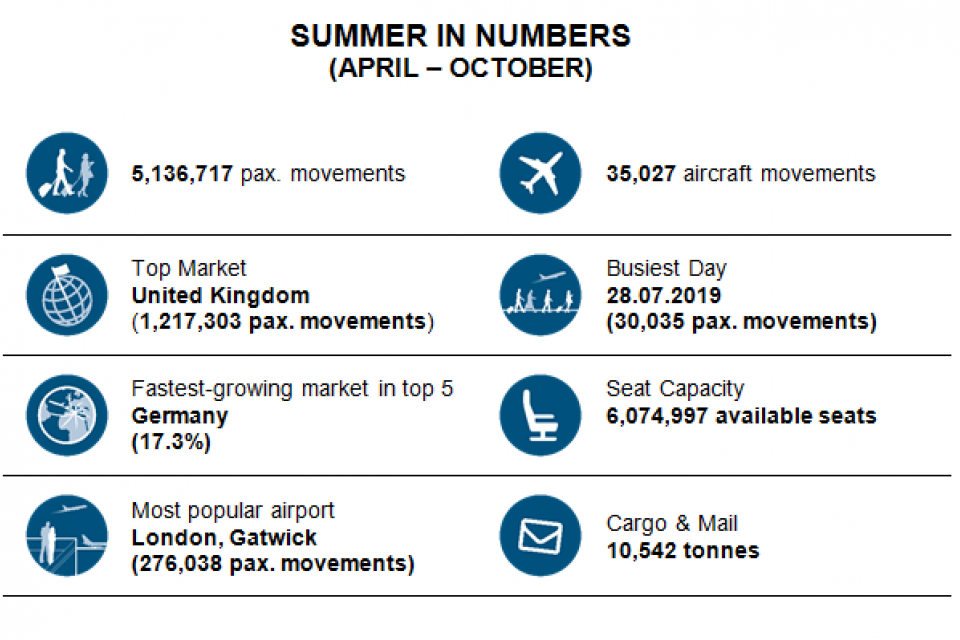 According to MIA, this 'indicates' that the airport is on course to close 2019 with a new traffic milestone of more than seven million passenger movements.

All of the first 10 months of the year performed well and posted growth, with the summer season - stretching from April until October for the aviation industry - registering an increase of 7.7 percent in passenger movement.

At the same time, aircraft movement and seat capacity grew by 5.6 percent and 6.8 percent respectively.

The top markets for summer were the UK, Italy, Germany, France and Spain.

October, which wrapped up the summer season, recorded an 8.8 percent increase over the same month last year and surpassed the 700,000-passenger mark for the first time.

The last days of the month saw MIA launch its new winter schedule and welcome the first flights from Paphos, Trieste, and Santiago de Compostela.