A group of 70 migrants was being brought to Malta early on Tuesday afternoon after having been rescued at sea south of Malta during the night.

No details were given about the operation, conducted by an AFM patrol boat.

The past week has seen a surge of migrant crossings from Libya towards Europe, with over 1,400 migrants landing in Lampedusa over the course of last weekend. 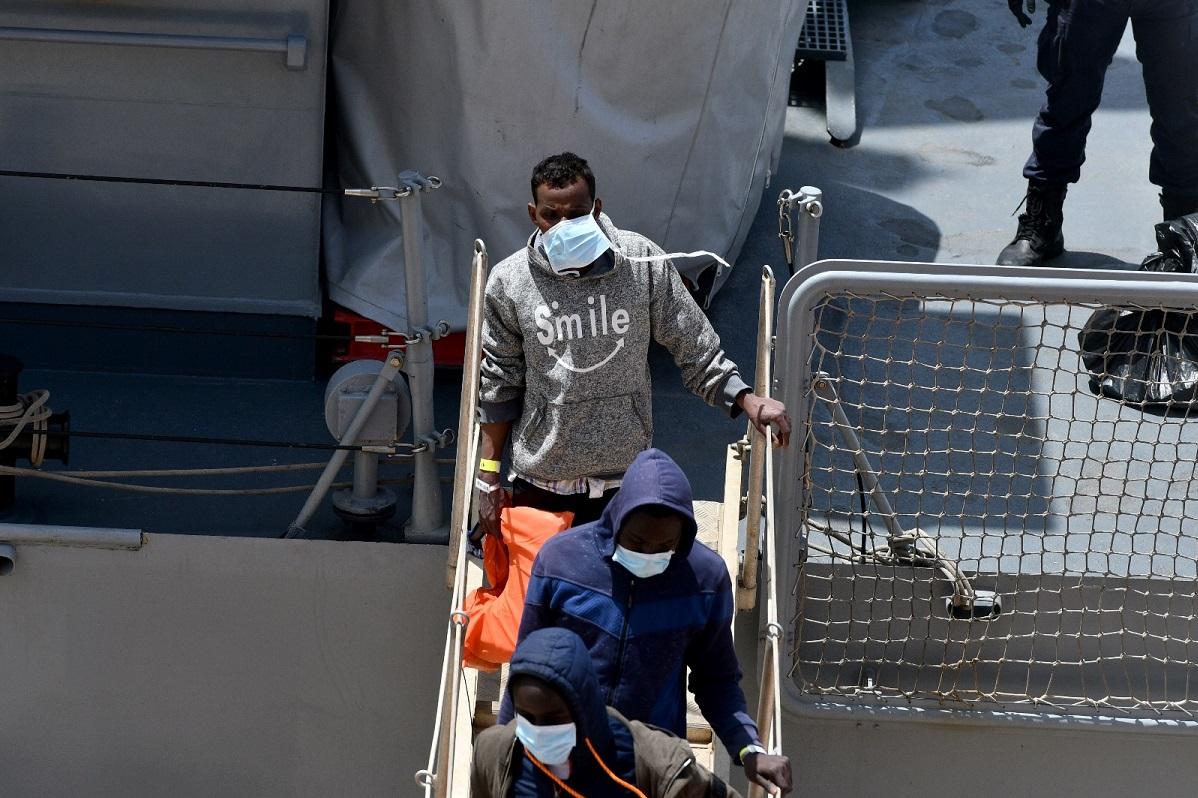 One of the migrants disembarking in Malta on Tuesday. Photo: Jonathan Borg

Alarm Phone, an NGO that monitors calls for rescue and is particularly active in the Mediterranean, on Monday said they there were over 400 migrants in five boats in Malta's search and rescue zone.

On May 6, the Libyan authorities stopped 638 people from leaving Libyan-controlled waters.

The International Organisation for Migration has repeatedly sounded concerns about migrants being returned to Libya, with the nation being deemed unsafe due to the war-torn country's struggle to rein in criminal smuggling networks.

More than 600 people are believed to have died as they attempted to cross from north Africa to Europe this year alone, according to the International Organisation for Migration. Most tragedies happened in the sea between Malta, Lampedusa and Libya.